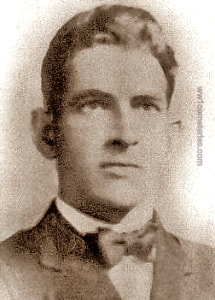 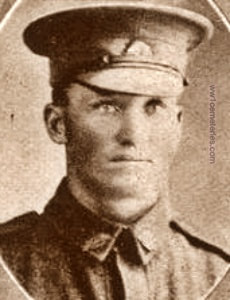 ​His headstone bears the inscription; "Thou Art Still With Us Brave Heart Death Cannot Our Spirits Part."

​Killed when one of a digging party he was with struck a trench mortar which exploded, killing several men and badly wounding Thomas Savage. He was taken to a Dressing Station in Noreuil but later succumbed to his wounds. He was a shunter before enlisting. 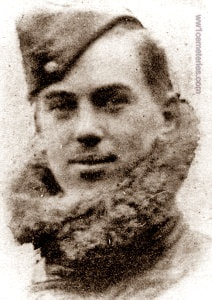 His headstone bears the inscription; "I Bare You On Eagle's Wings And Brought You Unto Myself." 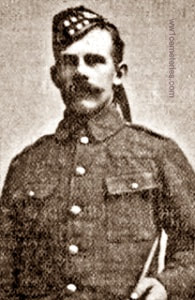 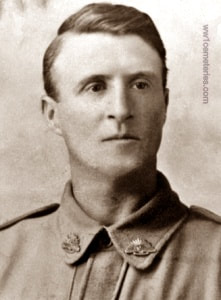 Of Newtown, NSW; formerly of Manchester, England. A carpenter prior to enlisting in July 1915, Pte Seddon embarked from Sydney with the 4th Reinforcements on board HMAT Argyllshire (A8) on 30 September 1915. He served at Gallipoli from November to December 1915 and arrived in France for service on the Western Front on 23 March 1916. Pte Seddon was killed in action at Bullecourt, France, on 3 May 1917. He was 37 years of age.

While carrying Stokes Mortar ammunition forward through an intense enemy barrage, he was killed by a shell splinter in front of the enemy's wire 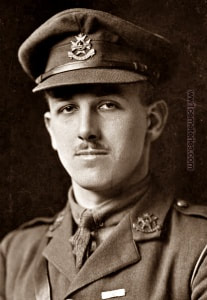 His headstone bears the inscription; "Steadfast In The Faith." 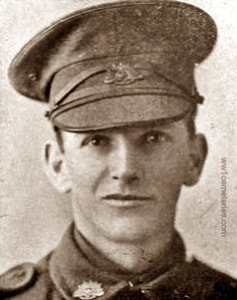 His headstone bears the inscription; "In God's Keeping And We Shall Meet Again." 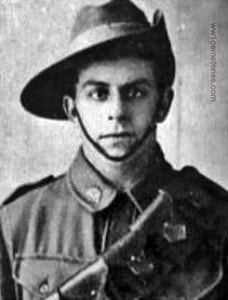 "He was in "B" Coy., and I did not know him. Private Percy Lock of the 19th Battalion was in the same shell hole with the Sergt., just in front of Fritz's barbed wire at Bullecourt on 3rd May.
Smith got out and tried to get back, he was shot by a machine gun, he lay out there for about 12 hours before he died. They could not fetch him in so Lock said. Lock waited until the next night and then got in. Sergt Smith was not buried, we did not hold this ground."

​His headstone bears the inscription; "He Gave His Life For Us J.E. Smith And Family." 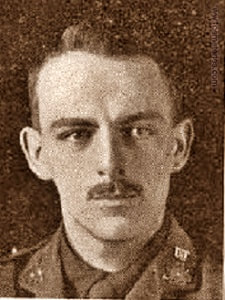 Son of Amelia Sowell, of The Grove, Guildford, New South Wales, and the late T. A. Sowell.

His headstone bears the inscription; "He Served." 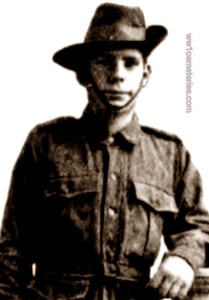 His headstone bears the inscription; "He Died For Those He Loved, My Boy Willie."

​"We were coming out of the trenches at Lagnicourt about 5.0 p.m on the 26th March/17 after being relieved. As we were marching along a sunken road, a couple of High Explosive shells burst in the middle of No.14 Platoon, which killed seven and wounded nine of whom two died shortly after. Stapleton was one of those killed, I was close to him at the time. He was almost blown to pieces and identified by his disc. He had just come back from Blighty the night before. Next day, when we were on our way up the line, we stopped at the place where this had happened and buried our dead in separate graves but only had time to erect one cross for all of them."

William Hall, who gave the above information would be killed by a bullet through the head at Polygon Wood on 20th September 1917, he was seen to fall into a shell hole and after the war, his body was not found and he is commemorated on the Menin Gate Memorial. 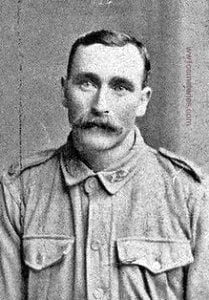 His headstone bears the inscription; "On His Soul Sweet Jesus have Mercy." 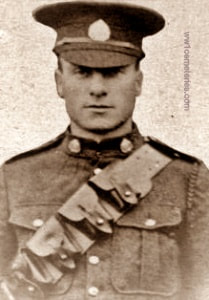 A traveller prior to enlisting on 13 December 1914, he embarked for overseas as a Private (service number 50) with the 2nd Battalion, Tropical Unit (Queensland quota) from Sydney on 28 November 1914 aboard SS Eastern. After serving in German New Guinea he returned to Australia and was promoted to Company Quartermaster Sergeant (CQMS) on 29 March 1915. He again embarked for overseas as a CQMS (service number 345) with A Company, 17th Battalion from Sydney on 12 May 1915 aboard HMAT Themistocles. While serving at Gallipoli, he was appointed a Second Lieutenant on 3 November 1915. After serving with the 5th Division Infantry in Egypt and receiving further training in England, he was promoted to Lieutenant on 1 January 1917. He rejoined the 17th Battalion in France on 22 March 1917 and was killed in action at Bullecourt on 3 May 1917.

"I knew him, he was in "B" Company. We all saw him badly wounded on the German wire. We tried to get him off but failed. I do not think he could have lived long and we are all sure he must be dead." 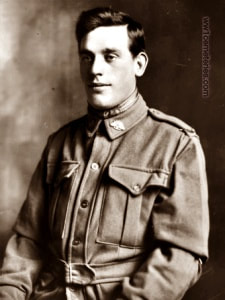 A dairyman from Collingwood, Victoria prior to enlistment and originally from Bury, England, Pte Tod embarked with the18th Reinforcements from Melbourne on HMAT Ayrshire on 3 July 1916. Later transferring to the 59th Battalion, he was killed in action on 11 May 1917. 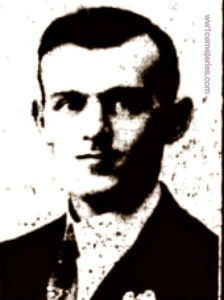 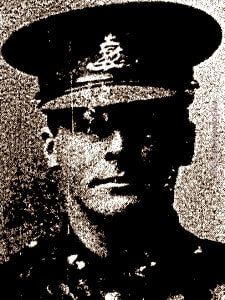 Son of William and Allison Turner, of Smithfield, Timaru. 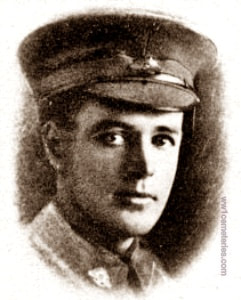 ​Killed in action at Bullecourt, he was originally posted as missing, and later presumed killed. He was seen by another member of the 19th Battalion lying in a shell hole close to the German wire as the battalion retreated. The informant was unable to say whether Reginald was alive or dead at the time. 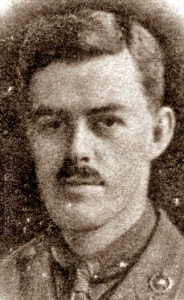 His headstone bears the inscription; "You Cannot Pass Beyond Our Boundless Love." 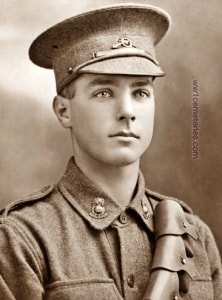 His headstone bears the inscription; "Death, The Gate Of Life."

An 18 year old farmer prior to enlisting on 15 July 1915, he embarked for overseas with the 13th Battery from Sydney on 18 November 1915 aboard HMAT Persic. He joined his unit if France where he was killed in action at the Battle of Bullecourt, near Noreuil on 22 April 1917. 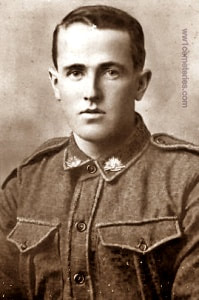 His headstone bears the inscription; "God Be With You Till We Meet Again"

"I saw him hit by a shell in our support line at Bullecourt on May 8th. He volunteered to do some stretcher carrying and was carrying a stretcher when he was hit, one of his legs was blown off and he was conscious for about an hour afterwards but only said a few words about his leg. He was taken down to the Dressing Station but died before he got there." 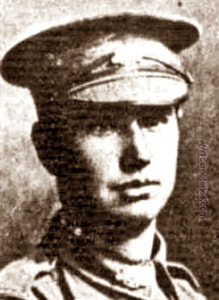 His headstone bears the inscription; "Deep Peace Of The Quiet Earth So Far From The Land That Gave You Birth"

Listed as missing, presumed killed in action, his name is engraved on the wall at Villers-Bretonneux. In 1994, some 77 years after his death, his remains were found quite close to the “Digger” Memorial at Bullecourt. A re-interrement ceremony with full military honours saw him finally laid to rest at Queant Road on October 11th, 1995.  The photograph shows Jack with his wife Lillian Isabella Mildenhall and children, Colin (1913-1983) and baby daughter Myrle who was only 10 months old when Jack enlisted in 1916. Myrle was aged 80 when she attended the re-interrement service in France. I delivered the family eulogy at the service.

A blacksmith from Briagolong, Victoria, prior to enlistment, Pte White embarked with the 12th Reinforcements from Melbourne aboard HMAT Euripides on 4 April 1916. Later promoted to Sergeant (Sgt), he was killed in action during the Second Battle of Bullecourt on 3 May 1917, aged 29. In December 1994 a farmer ploughing a field near the memorial at Bullecourt unearthed the remains of an Australian soldier. Among these were a letter, a lock of hair, and an identity disc, all belonging to Sgt White. A ceremony was held in October 1995 and Sgt White was buried in the Queant Road Cemetery, Buissy, France almost 80 years after his death in the presence of the only surviving member of his immediate family, his daughter Myrle. The small lock of hair which belonged to his wife Lillian was placed in the grave with his remains.
​
Photograph and dedication by Colin John (Jack) White (of Beaconsfield Upper, Victoria) Grandson of John James White.

A labourer from Rushworth, Victoria prior to enlistment, Pte Williams was originally scheduled to embark for overseas service with the 6th Reinforcements, 29th Battalion but for reasons not stated did not do so. He eventually embarked with the 18th Reinforcements, 8th Battalion from Melbourne on HMAT Ayrshire on 3 July 1916. Later transferring to the 46th Battalion, he was posted as missing in action. It was subsequently determined that he had been killed in action at Bullecourt on 11 April 1917. Following the Armistice his remains were recovered and re-interred in the Queant Road Cemetery, Buissy, France. 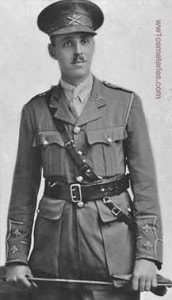 His headstone bears the inscription; "A Loving Son."