Laventie is a village and commune, in the Department of the Pas-de-Calais, about 11 kilometres south-west of Armentieres. The Graveyard is 3 kilometres south-east of the village on a minor road from Fleurbaix to Couture.

The Rue-du-Bacquerot runs South-East of Laventie, towards Fleurbaix; and the position of the road behind the British front line, during the greater part of the war, made it the natural line of a number of small British cemeteries. One of these was begun in November 1914, and used, at first, particularly by the 1st Royal Irish Rifles.

The Royal Irish Rifles Graveyard, was carried on by fighting units until July 1916; and these original burials are now in Plots I and II. It was increased after the Armistice by the concentration of graves (chiefly of 1914-15 and 1918) from the battlefields East of Estaires and Bethune and from certain smaller cemeteries, including:-

LAVENTIE SOUTH GERMAN CEMETERY, which was on the road to La Flinque and contained 3 U.K. of April 1918.

RUE-DU-BACQUEROT (WANGERIE POST) NEW MILITARY CEMETERY, LAVENTIE, which was close to the hamlet of Wangerie and contained 22 U.K. of 1915.

SAILLY-SUR-LA-LYS GERMAN CEMETERY, which was near the road to Bac-St. Maur and contained 8 U.K. of April 1918.

There are now over 800, 1914-18 war casualties commemorated in this site. Of these, nearly 350 are unidentified and special memorials are erected to three soldiers from the United Kingdom known to be buried among them. Other special memorials record the names of two soldiers from the United Kingdom, buried in Laventie South German Cemetery, whose graves could not be found.

The Graveyard covers an area of 2,872 square metres. 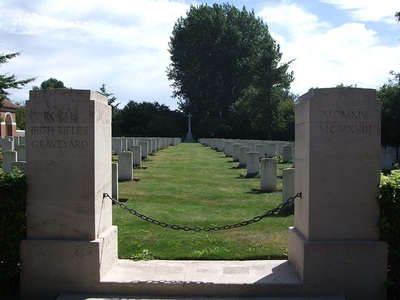 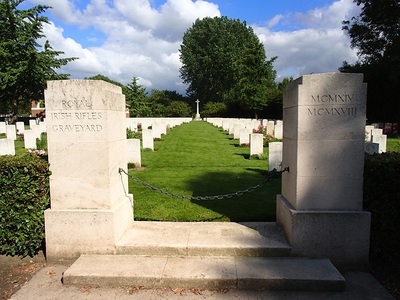 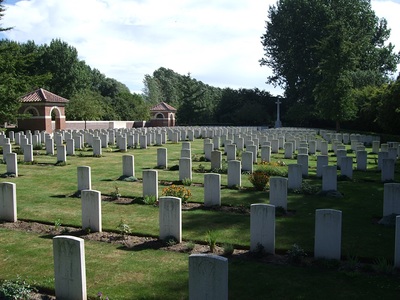 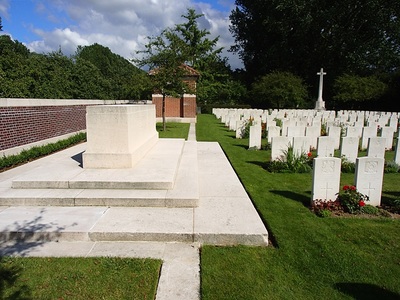 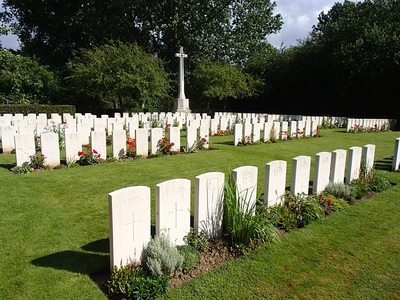 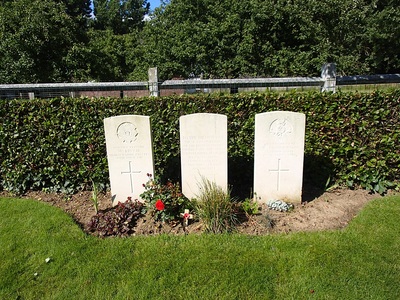 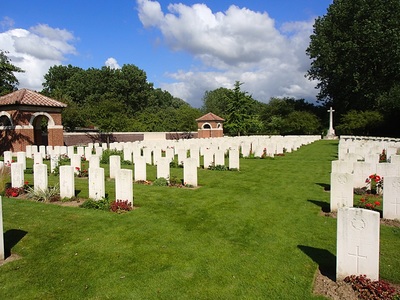 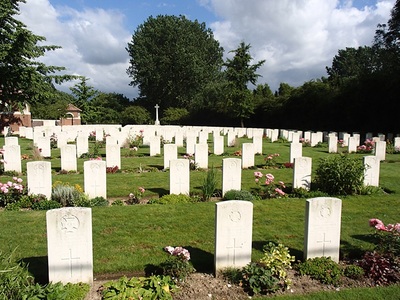 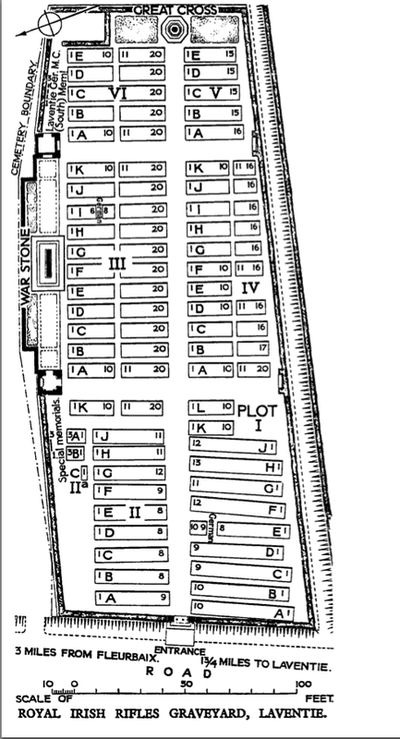 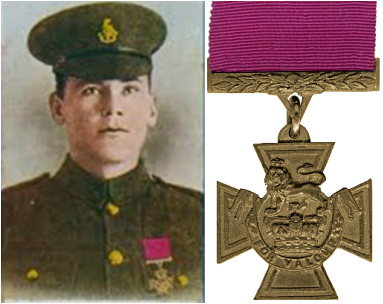 
Citation: An extract from the "London Gazette," No. 29740, dated 8th Sept., 1916, records the following:-"For most conspicuous bravery. During an attack he was in command of the fourth wave of the assault. Under intense shell and machine gun fire he penetrated, with a few men, into the enemy's second line and inflicted heavy casualties with bombs. When forced to retire to the enemy's first line, he captured a machine gun and shot the gunner with his revolver. Finally, after carrying several wounded men into safety, he was himself mortally wounded and died in a few minutes. His conduct throughout the day was magnificent." 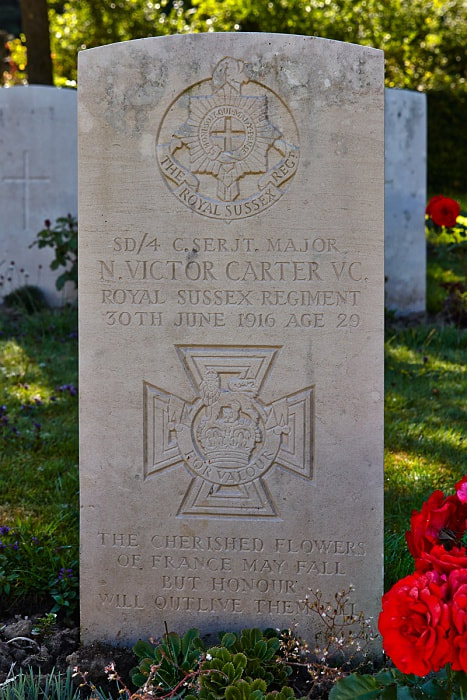 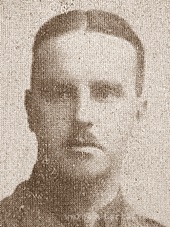 Son of Daniel and Rhoda Drew, of Burnley.

Alan's father owned the Lowerhouse Print works in Burnley and the family lived in specially built houses within the print works grounds.

The image to the left of Alan is the grave of his parents, Daniel and Rhoda in Burnley Cemetery.
​
The image to his right is a side view of the grave with Alan's death recorded.
Pictures in gallery below © Geerhard Joos 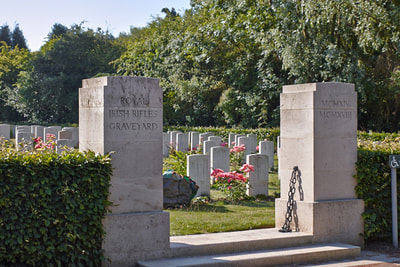 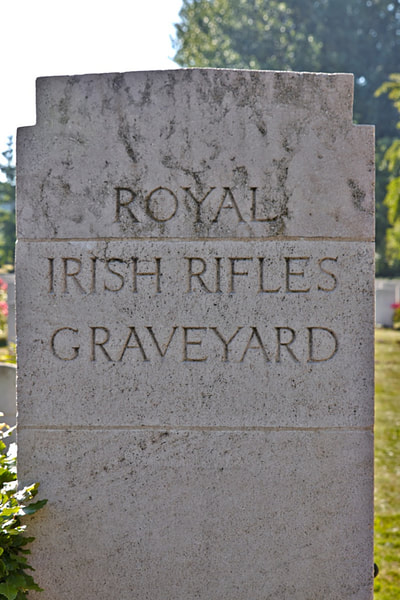 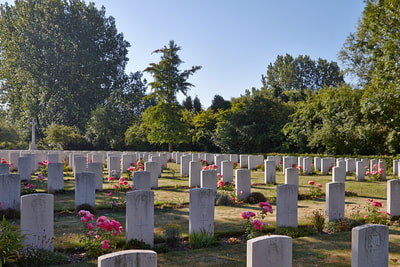 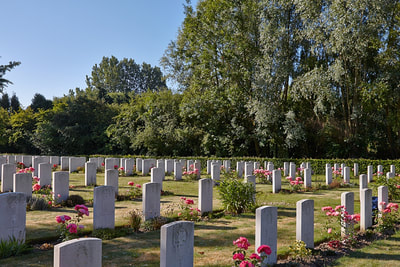 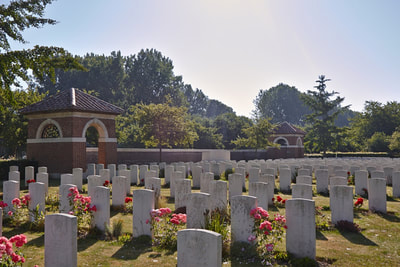 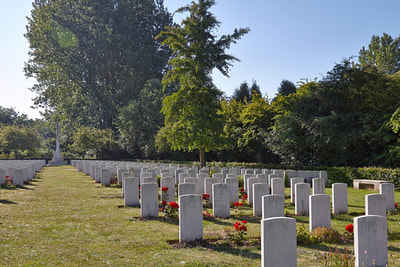 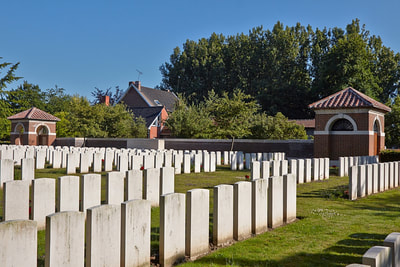 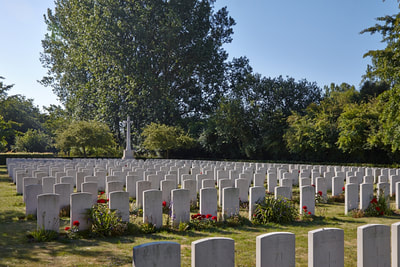 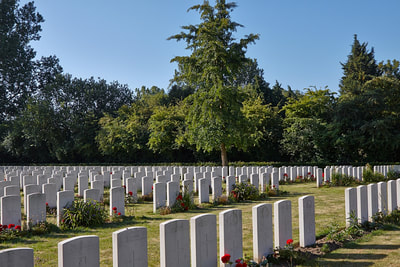 8662 Private Oliver W. Hodgetts, 1st Bn. Worcestershire Regiment, executed for cowardice 4th June 1915, aged 20. Plot IV. D. 2. A Regular who had served on the Western Front since Nov 1914, he went missing twice in 1915, for the first time during the heat of battle at Neuve Chapelle, & latterly, on 9 May, prior to the attack on Festubert.  3 days later he reported to a nearby unit claiming a sprained ankle — an injury medical examination could not confirm.  He had been sentenced to 90 days’ Field Punishment No 1 in March, & at trial his commanding officer described him as a worthless fighting soldier, only intent on saving his own skin.  (Putkowski,p.43) 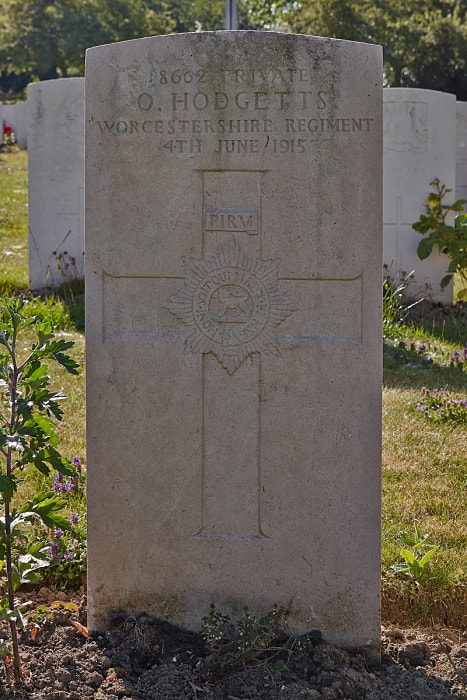 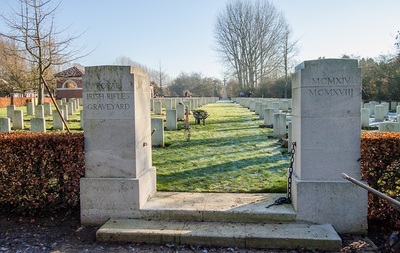 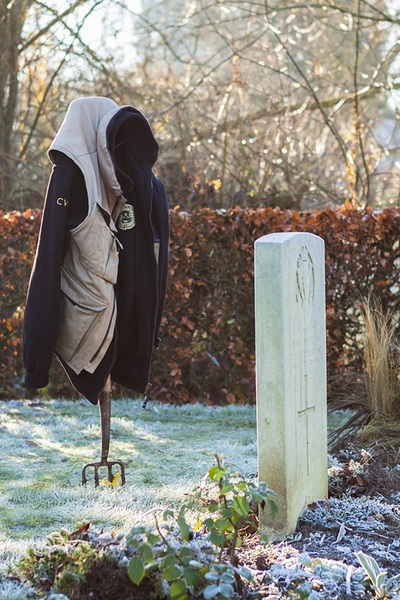 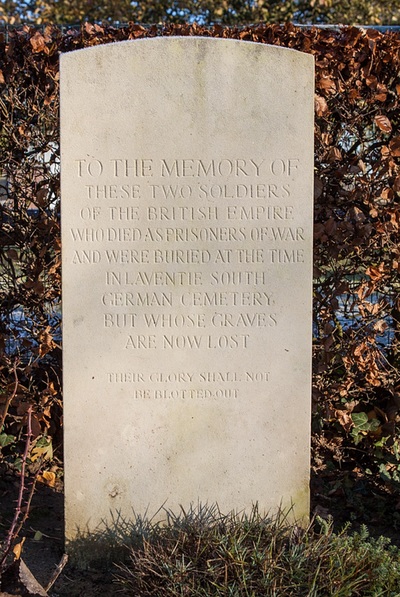 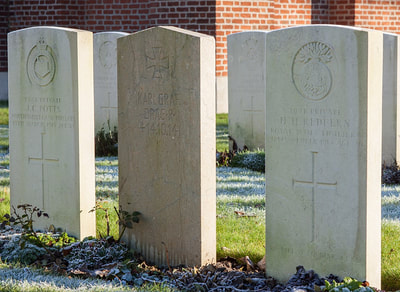 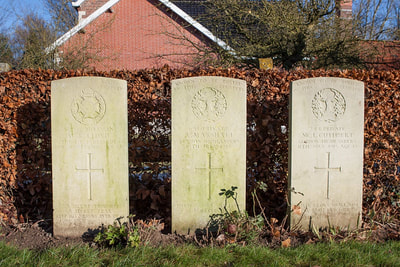 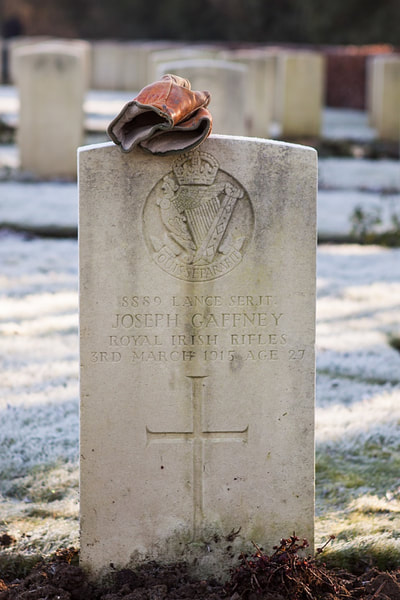