Vendhuile (Vend'huile) was very nearly reached in the Battle of Cambrai 1917. It was taken by the 27th and 30th American Divisions at the end of September 1918, and cleared by the 12th and 18th Divisions on 30 September. After the fight, men of the 18th Division were buried by the 50th (Northumbrian) Division in Plot I, Row A, of Unicorn Cemetery (the name is taken from the Divisional mark of the 50th Division). The rest of the cemetery was formed after the Armistice when graves were brought in from the surrounding battlefields, isolated sites and from the following small cemeteries of 1917 and 1918:-

The cemetery now contains 1,008 burials and commemorations of the First World War. 409 of the burials are unidentified but there are special memorials to ten casualties known or believed to be buried among them. There are also special memorials to eight casualties buried in Lempire British Cemetery whose graves could not be found on concentration. 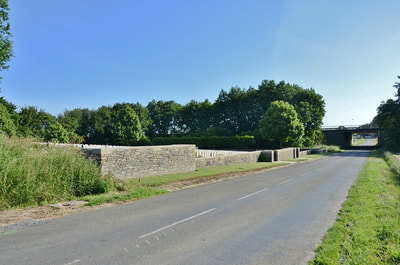 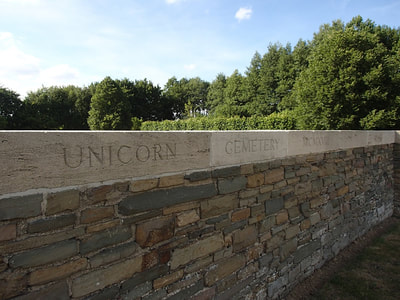 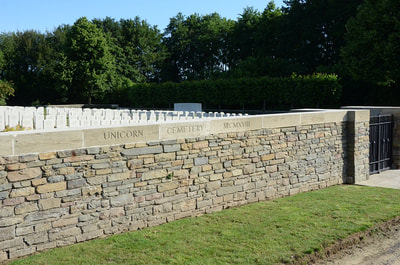 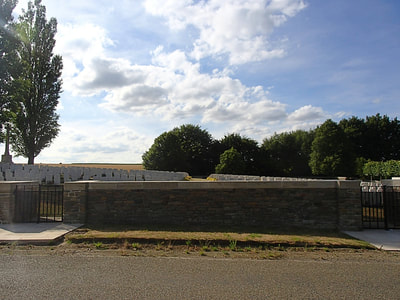 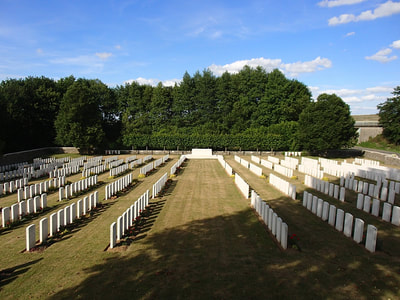 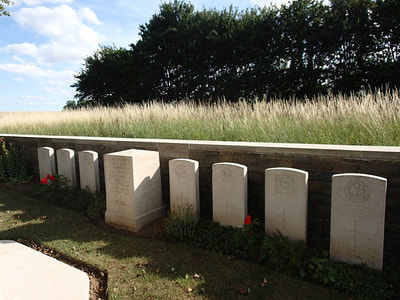 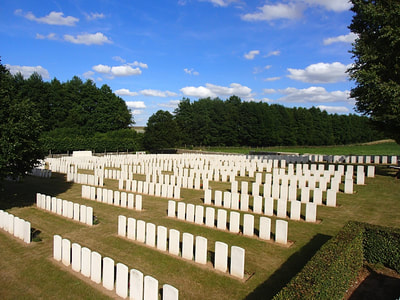 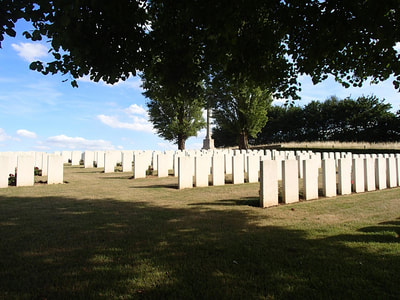 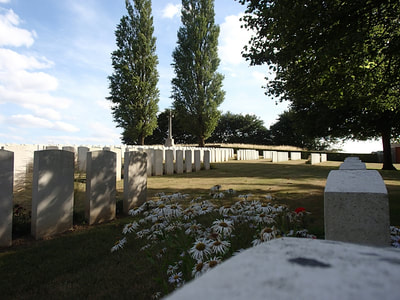 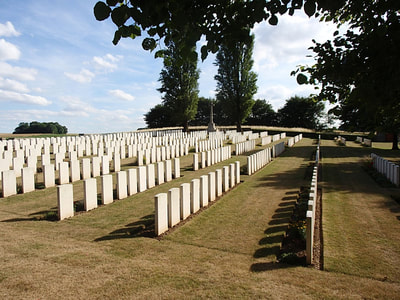 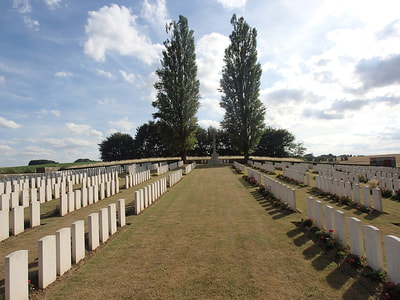 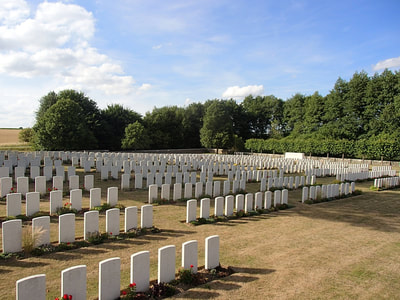 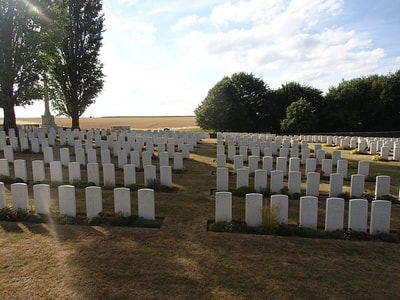 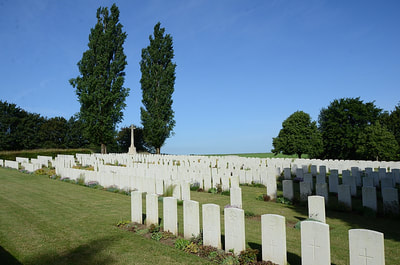 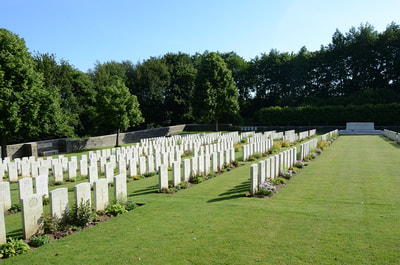 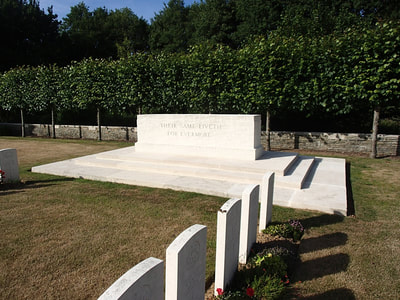 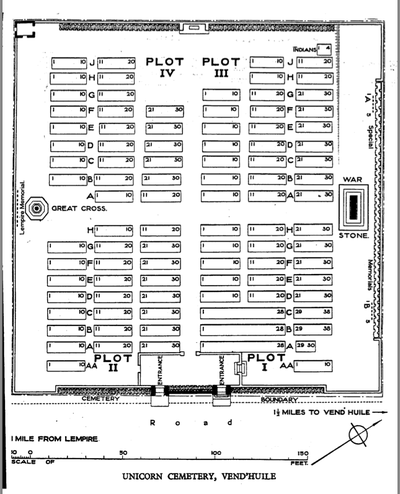 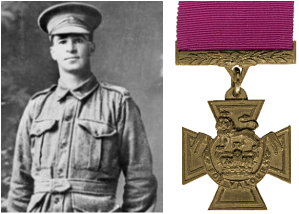 Citation: An extract from The London Gazette, No. 31082, dated 24th Dec., 1918, records the following:-"For most conspicuous bravery and devotion to duty on the 2nd September, 1918, north of Peronne, when with an advanced bombing party. The attack having been held up by a strongly held enemy trench, Cpl. Weathers went forward alone under heavy fire and attacked the enemy with bombs. Then, returning to our lines for a further supply of bombs, he again went forward with three comrades, and attacked under very heavy fire. Regardless of personal danger, he mounted the enemy parapet and bombed the trench, and, with the support of his comrades, captured 180 prisoners and three machine guns. His valour and determination resulted in the successful capture of the final objective, and saved the lives of many of his comrades." 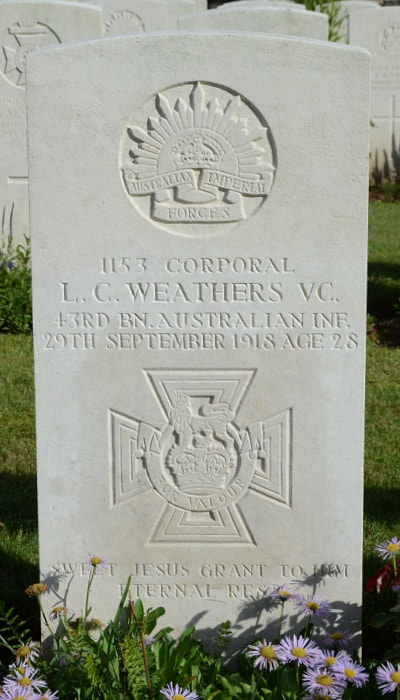 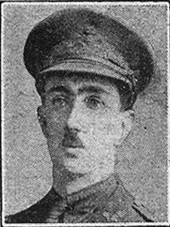 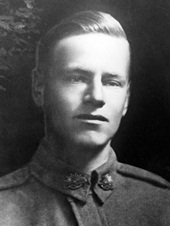 Gordon joined the A.I.F. in January 1917 and sailed from Melbourne, Australia on the ship "Ballarat", arriving in the UK on 26th April 1917. From there his unit proceeded to France.
Gordon was the eldest son of Louise and William Gibson of 74 Victoria Street, Footscray, Victoria, Australia. His younger siblings were Arthur, Bert, and Alma (my mother). 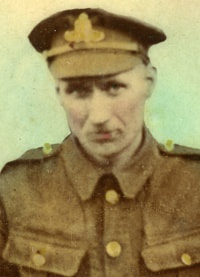 Died in the Field Hospital at Bellenglise 5th October 1918, aged 33. From Quorn, Leics. Husband to Eliza and father to Thomas James (Jim) who was my grandfather 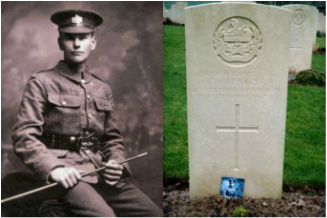 
Picture courtesy of Mike Pearce, great nephew of this soldier. 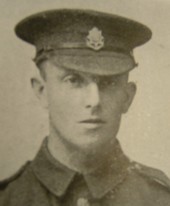 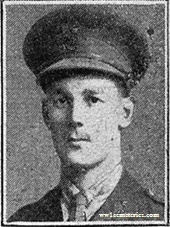 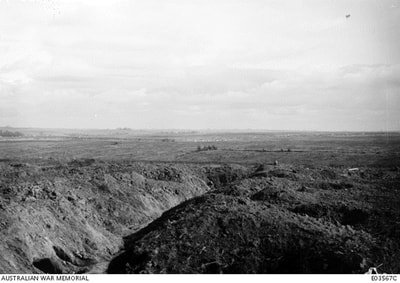 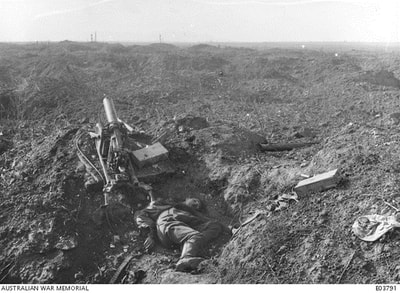 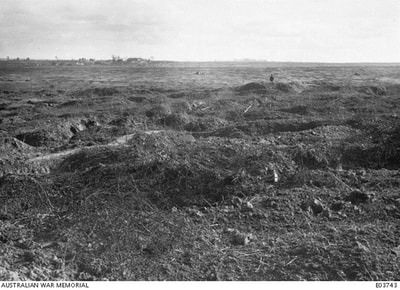 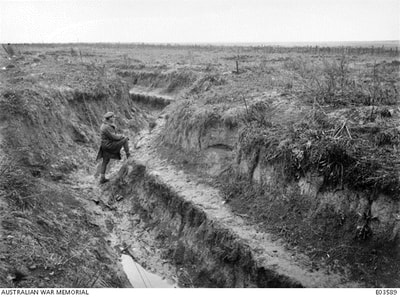