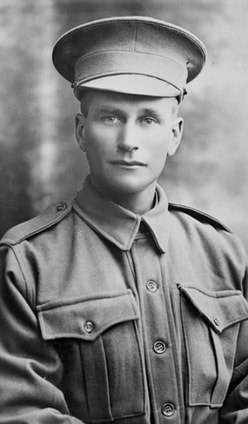 Studio portrait of 1253 Private (Pte) Emile Vivian Hope Roche, 2nd Australian Pioneer Battalion. Pte Roche, a packer from Melbourne, Vic, enlisted on 30 March 1915 and on 10 May 1915 embarked from Port Melbourne with A Company, 24th Battalion, on HMAT Euripides. Pte Roche landed on Gallipoli on 30 August 1915, where he served until the December evacuation. In March 1916 he transferred to the 2nd Pioneer Battalion, and arrived in France for service on the Western Front two weeks later. Pte Roche was killed in action at Flers, France, on 14 November 1916, aged 20. Originally buried near the town of Bapaume, Pte Roche's remains were later interred at the Warlencourt British Cemetery. 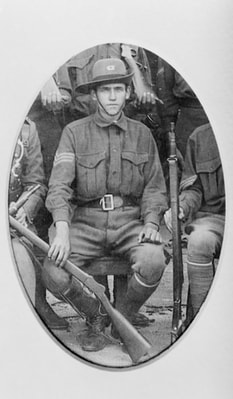 Portrait of 3245 Private (Pte) William Alfred Rose, as a cadet serving with the 42nd Battalion, Citizens Military Forces, of Wellington, NSW, aged 19 years. He enlisted in the AIF on 27 August 1915 and served with the 7th Reinforcements, 56th Battalion. Pte Rose embarked from Sydney aboard HMAT Suevic on 20 December 1915. He was killed during the Battle of Flers on 1 November 1916. 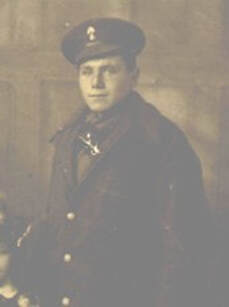 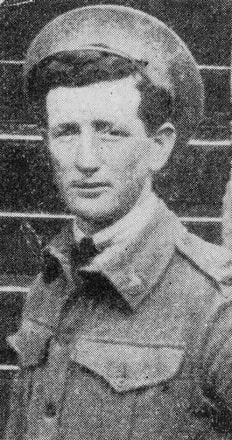 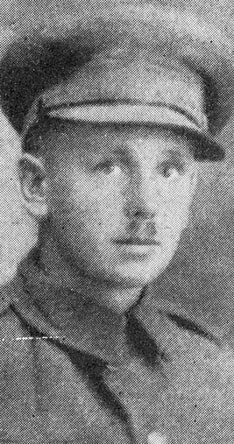 Inscription "Gone But Not Forgotten"

Studio portrait of 1997 Private (later Lance-Sergeant) Abel Skinner, 25th Battalion of Casino, NSW. Son of James and Rachel Skinner. A labourer prior to enlisting, he embarked from Brisbane aboard HMAT Kyarra (A55) on 16 August 1915. He was killed in action on 5 November 1916 in France, aged 23. 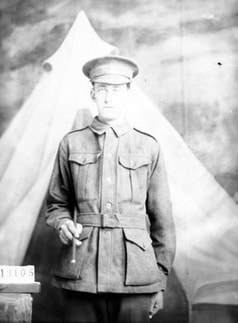 Studio portrait of 4326 Private (Pte) Albert James Thomas, 7th Battalion, of Ballarat, Vic. Pte Thomas enlisted on 26 July 1915 and embarked aboard HMAT Demosthenes on 29 December 1915. On 25 February 1917 he was killed in action at Warlencourt in the Albert/Baupaume area of France. 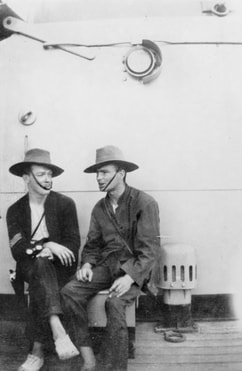 DescriptionInformal portrait of 336 Sergeant (Sgt) Harold Thompson and 219 Sgt Henry Chester Fitzgerald, both of A Company, 19th Battalion, chatting on board HMAT Ceramic on her way overseas. Sgt Thompson of Walcha, NSW, aged 20 years, enlisted on 11 March 1915 and was killed in action on 14 November 1916 in France. Prior to enlisting with the AIF he served with the 18th Infantry, Citizens Military Forces. Sgt Fitzgerald, of Darlinghurst, NSW, also aged 20 years, served with the 24th Infantry, Citizens Military Forces, before enlisting with the AIF on 24 March 1915. He later served as a lieutenant. 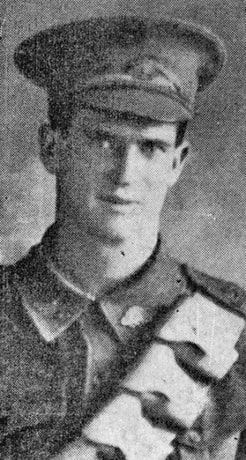 Inscription "He Died For Freedom And Honor Right Is Might"

Studio portrait of 2834 Spr Sydney Charles Tomkins, 7th Field Company Australian Engineers, of Canterbury, NSW, son of George and Florence E. Tomkins. A builder prior to enlisting, he embarked from Sydney aboard HMAT Suffolk (A23) on 22 December 1915. He was killed in action at Flers, France, on 14 November 1916. 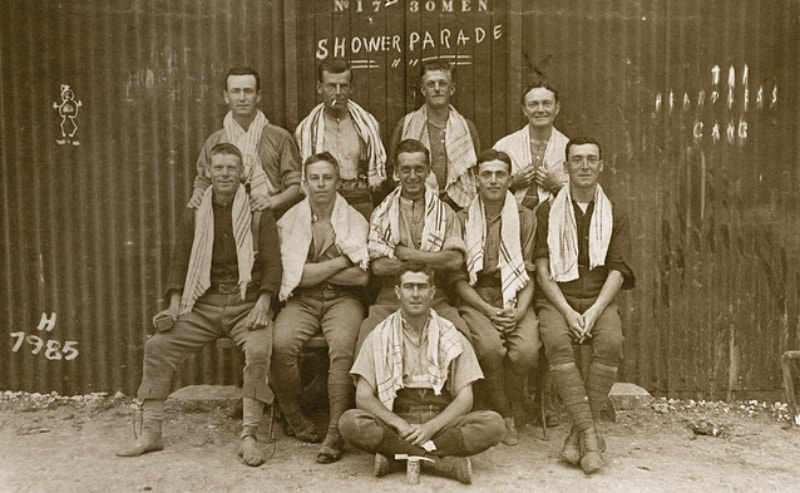 Ten members of the 20th Battalion, about to take a shower at their camp. 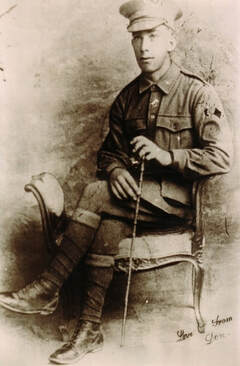 DescriptionStudio portrait of 392 Private (Pte) Donald Hugh White 17th Battalion of Cumnock, NSW. A postal assistant prior to enlistment, Pte White embarked on board HMAT Themistocles (A32) on 12 May 1915. He served at Gallipoli from August 1915 and in France from March 1916. Pte White was promoted to sergeant on 19 May 1916. Sergeant White was killed in action on 6 November 1916 at Flers, France. He was 21 years of age. 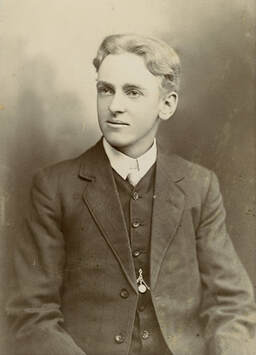 Inscription "Loved By All Honoured In Death Cherished In Memory"

Son of Albert and Hpnnah Williams. Native of The Pinery, South Australia.

Pre-enlistment studio portrait of David Newland Williams, of Owen, SA. 5449 Private (Pte) Williams embarked with the 17th Reinforcements, 10th Battalion from Adelaide aboard HMAT Aeneas on 11 April 1916. He was killed in action in France on 27 February 1917, aged 22.