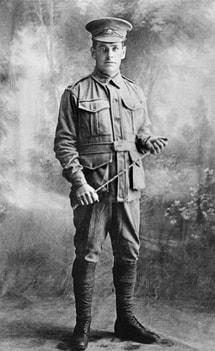 Studio portrait of 4698 Private Ernest William Hall, 20th Battalion of Auburn, NSW. A fireman prior to enlisting, he embarked from Sydney aboard HMAT Ceramic (A40) on 13 April 1916. He was killed in action on 15 November 1916 at Fleurs, France aged 33. 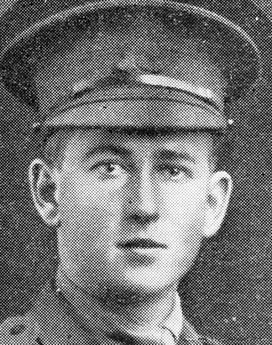 Studio portrait of 5681 Private Frank Horwood Johnson, 20th Battalion of Greenwich, NSW. A motor mechanic prior to enlisting, he embarked from Sydney aboard the HMAT Euripides (A14) on 9 September 1916. He was killed in action near Bapaume, France, on 25 February 1917, aged 19. 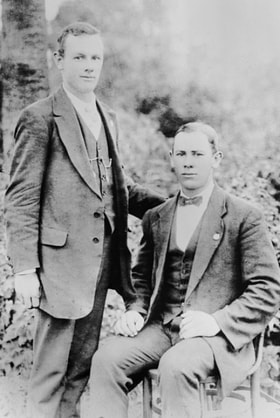 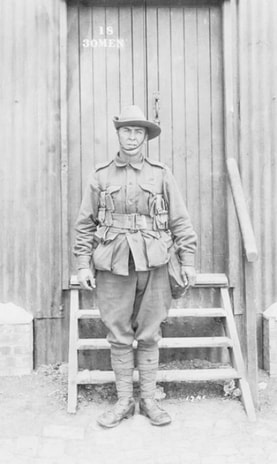 Inscription "Ever remembered R. I. P."


Outdoor portrait of 4583 Private (Pte) Thomas Henry Kavanagh, 22nd Battalion, of Ballarat, Vic. A labourer before enlisting in December 1915, Pte Kavanah was originally a reinforcement for the 31st Battalion but transferred to the 22nd Battalion after he missed its embarkation at Adelaide, and left Australia for Egypt with the 11th Reinforcements in March 1916. After arriving in France for service on the Western Front in December 1916, Pte Kavanagh was killed whilst the battalion was in the line near Le Sars, France, on 10 February 1917. From information gathered from the Red Cross Wounded and Missing Bureau files of other members of the 22nd Battalion killed the same day, Pte Kavanagh may have been one of three men killed by German artillery whilst preparing to attack Malt Trench near the Butte de Warlencourt. 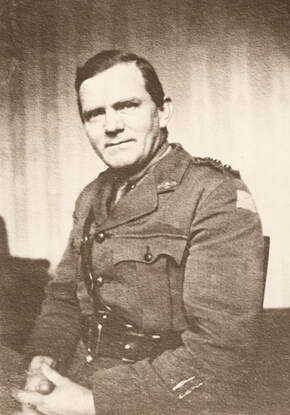 Inscription "He willingly Sacrificed His Life For God King And Country"

Studio portrait of Captain Julius August William Kayser, 12th Battalion, of Alberton, SA, two wound stripes on his sleeve. A schoolmaster prior to his enlistment on 27 August 1914, he embarked for service the first time on 17 September 1914 and the second time on 29 March 1916. Kayser was killed in action on 16 February 1917, in France, aged 39 years. 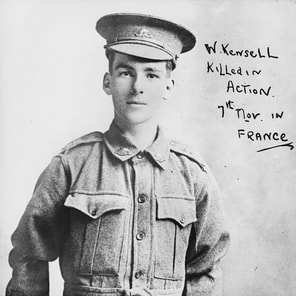 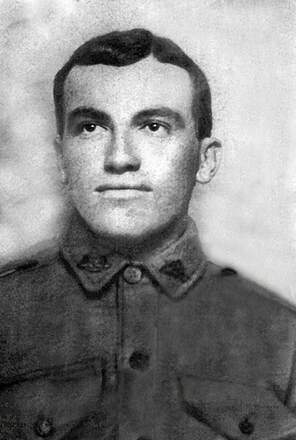 Studio portrait of 2356 Private (Pte) Thomas Henry Kitchen, 3rd Battalion, of Sydney, NSW. A labourer prior to enlisting in May 1915, Pte Kitchen embarked from Sydney with the 7th Reinforcements on board HMAT Orsova (A67) on 14 July 1915. Following further training in Egypt he served at Anzac Cove, Gallipoli until the evacuation in December and arrived in France for service on the Western Front in March 1916. Pte Kitchen was wounded in action in July 1916 and after recovery in England returned to the Front in September. He served with the 53rd Battalion from October to December when he returned to the 3rd Battalion. Pte Kitchen was killed in action in France on 2 March 1917, aged 25. 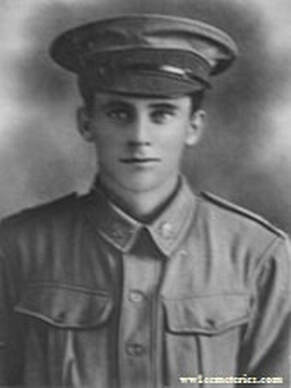 Inscription "In Memory Of The Beloved Son Of Mr. & Mrs. Knight Of Araluen" 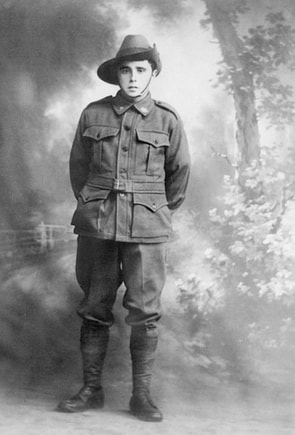 Studio portrait of 4716 Private (Pte) James Knuckley, 12th Reinforcements, 20th Battalion, of Wellington, NSW, aged 22 years. Pte Knuckley enlisted on 16 December 1915 and embarked from Sydney aboard HMAT Ceramic on 13 April 1916. He was killed in action on 3 May 1917 in France. 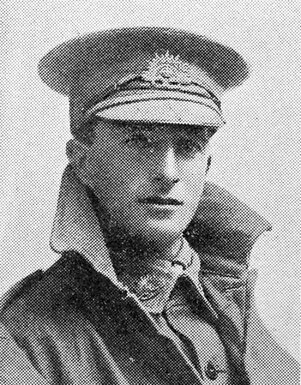 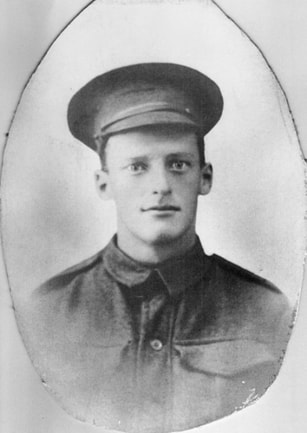 Inscription "His Duty Done Far From His Own Dear Land"

Studio portrait of 4167 Private (Pte) Arthur Dalgetta Lewis, 25th Battalion, of Shell Harbour, NSW. A clerk prior to enlistment, he embarked with the 10th Reinforcements from Brisbane aboard HMAT Commonwealth on 28 March 1916. While serving in the Somme Valley, France, Pte Lewis was killed in action on 14 November 1916, aged 21. 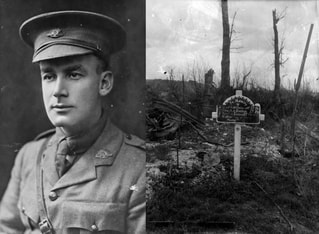 ​A 33 year old storeman prior to enlisting on 6 September 1915, he was quickly promoted up through the non-commissioned ranks and then appointed a 2nd Lt on 1 May 1916. He embarked for overseas with the 4th Reinforcements of the 50th Battalion from Adelaide on 12 August 1916 aboard HMAT Ballarat. After joining the 50th Battalion in France on 29 October 1916, he transferred to the 27th Battalion on 25 January 1917. 2nd Lt Lucas was killed in action at Warlencourt, France on 2 March 1917 and buried in the Warlencourt British Cemetery. 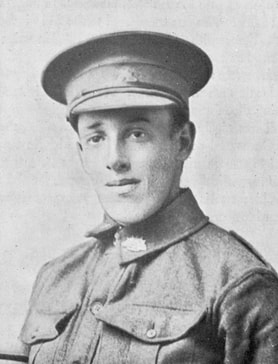