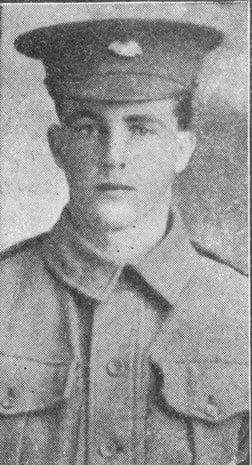 Studio portrait of 3355 Private (Pte) Cyril Henry Martin, 53rd Battalion, of Gosford, NSW. A labourer prior to enlisting on 27 July 1915, in Matcham, NSW, Pte Martin embarked from Sydney, NSW aboard HMAT Euripides on 2 November 1915. He was killed in action in France on 8 August 1916 and is buried in Wimereux Communal Cemetery. 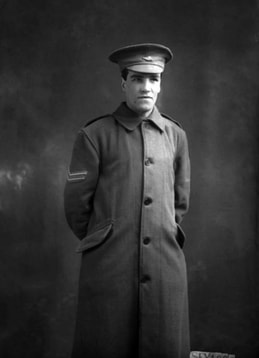 Studio portrait of 1173 Corporal (Cpl) Robert McIntyre, 29th Battalion. A clerk from Parkville, Victoria prior to enlistment, Cpl McIntyre embarked with D Company from Melbourne on HMAT Ascanius on 10 November 1915. Whilst serving in France, he was wounded in action and, on 8 August 1916, aged 22, he died as a result of his wounds and was buried in the Wimereux Communal Cemetery, France 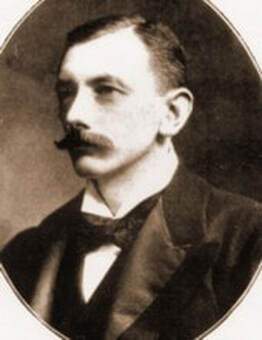 He was tending to a wounded man when he was hit in the head by a shell fragment, he died if his wounds. 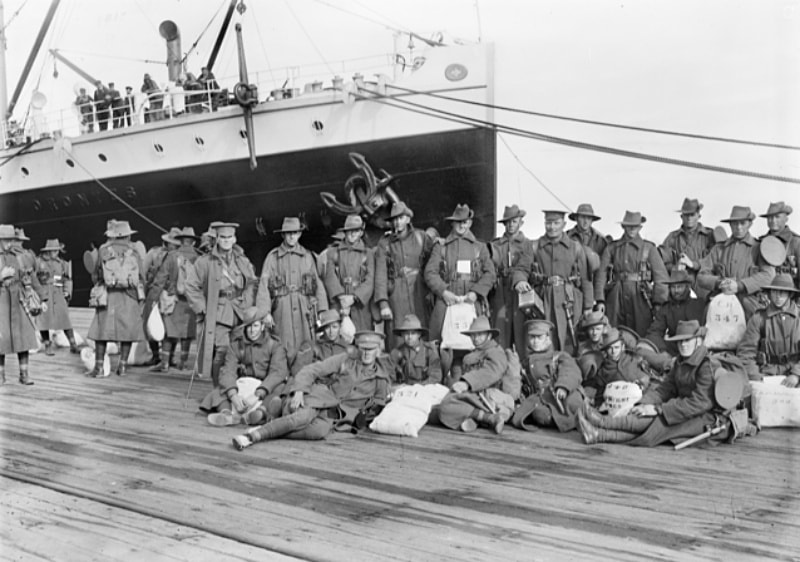 Members of the 4th Reinforcements, 12th Machine Gun Company, sitting and standing in rows waiting to embark on the troopship RMS Orontes on 16 August 1916.

Identified fifth from the left sitting down is Private Brian Percy Morris who  died of wounds (gas) aged only 19 years on 19 March 1918 in France. He was a member of the 21st Australian Machine Gun Corps. Buried in Plot VIII. D. 9. Son of Henry Frederick and Annie Mary Morris, of Kywong, Yarram Yarram, South Gippsland, Victoria, Australia. Native of Presteign, Radnorshire. Inscription "Love Is Sweet In Any Guise But It's Best, Is Sacrifice Our Boy Brian" 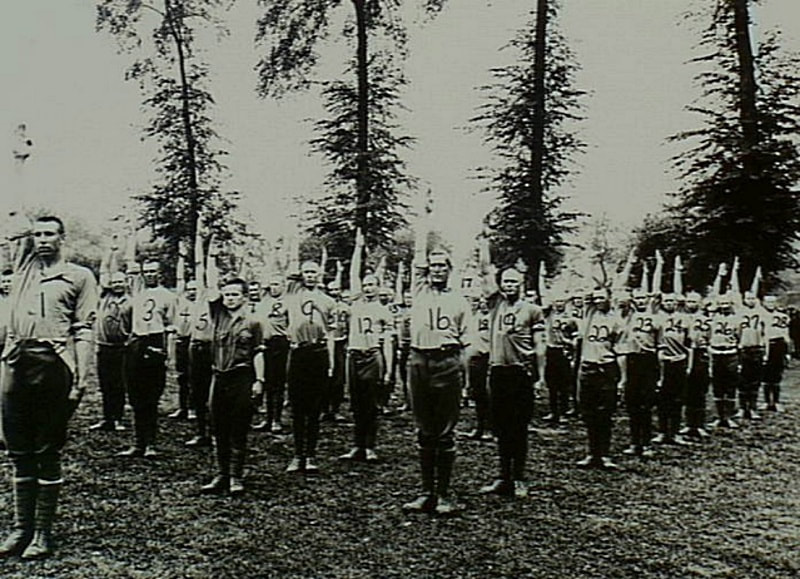 Soldiers from the 28th Battalion engaged in physical exercises behind the lines at Renescure. 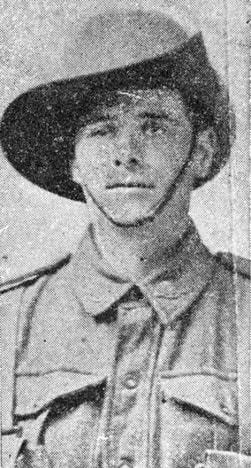 Studio portrait of 3555 Lance Corporal Lindsay Bertram Murray, 4th Battalion. A railway signal fitter of Goulburn, NSW, (originally of Breadalbane) prior to enlistment, he embarked with the 11th Reinforcements on HMAT Port Lincoln (A17) on 13 October 1915. He later transferred to the 53rd Battalion. On 28 July 1916, aged 23, he died of wounds received at Pozieres, France. 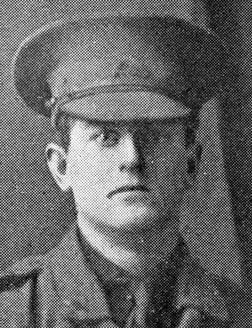 Inscription "In Memory Of The Dearly Beloved Nephew Of Mr. & Mrs. Eckley"

Studio portrait of 3016 Private Herbert Mansell Newell, 53rd (later 35th) Battalion of Bogan Gate, NSW. A postal assistant prior to enlisting, he embarked from Sydney aboard HMAT Ascanius (A11) on 26 October 1916. He was wounded in action on 12 October 1917 during fighting at Passchendaele, Belgium. He died of his wounds in the 14th General Hospital, Wimereux, France, aged 19. 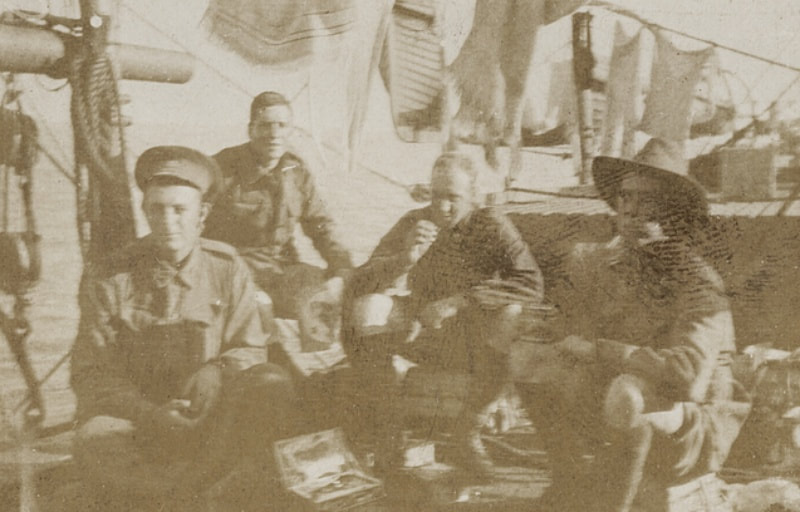 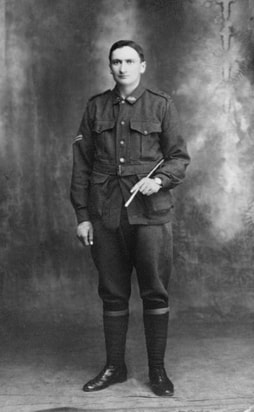 Studio portrait of 3390 Corporal (Cpl) Clarence Lancelot Philippson, 16th Battalion. An assayer from Kalgoorlie, WA prior to enlistment, Cpl Philippson embarked with the rank of Private with the 11th Reinforcements from Fremantle on HMAT Benalla on 1 November 1915. After transferring to the 48th Battalion he was promoted to 2nd Lieutenant and, on 7 November 1916, aged 22, he died of wounds received in action and was buried in the Wimereux Communal Cemetery, France. 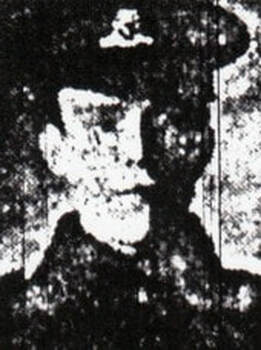 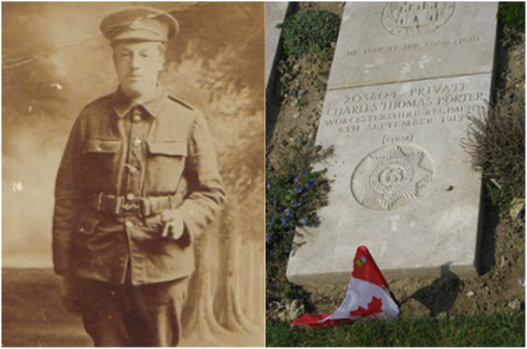 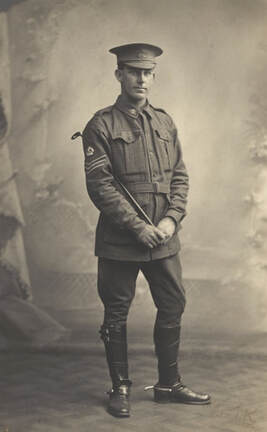 Studio portrait of 153 Warrant Officer Frank Hales Potter, 10th Machine Gun Company, of Bairnsdale, Vic. A bank clerk, prior to his enlistment in 1915, he embarked for service overseas on troopship A11 HMAT Ascanius in May 1916. He was later promoted to the rank of lieutenant. He died of wounds on 3 November 1917. 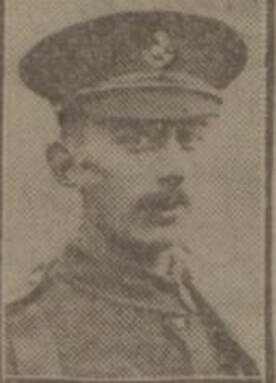 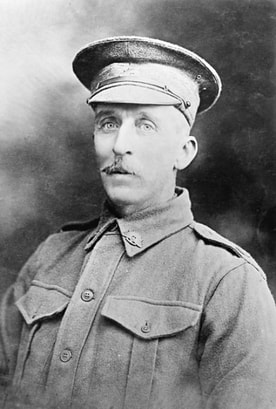 Studio portrait of 2710 Private (Pte) Caleb Powell 59th Battalion. A gardener from South Melbourne, Vic prior to enlistment, Pte Powell embarked with the 6th Reinforcements from Melbourne on HMAT Nestor on 2 October 1916. On 13 May 1917 he was wounded in action at Bullecourt and, on 4 June 1917, aged 46, he succumbed to his wounds and was buried in the Wimereux Communal Cemetery, France. 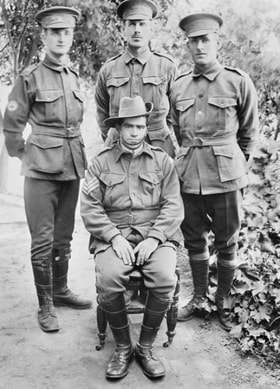 Outdoor group portrait of four Australian soldiers. Identified standing from left: 16699 Private William (Will) Thomas Reeve, Army Medical Corps; 10327 Sapper (Spr) George Rising Purdey, 10th Field Company Engineers; 10180 Spr Joseph (Joe) Ernest Purdey (brother of George and brother in law to Will ), 10th Field Company Engineers; Probably Sergeant Frank Douglas Burkitt (seated), 10th Field Company Engineers. Formerly a farmer, Joe Purdey enlisted on 14 February 1916 and he embarked from Melbourne, Vic, aboard HMAT Runic (A54) on 20 June 1916. He served on the Western Front where he was wounded in action during the battle of Broodseinde Ridge on 4 October 1917. He was evacuated to the 55th General Hospital at Boulogne, France, where died of his wounds on 13 October 1917, aged 28 years. 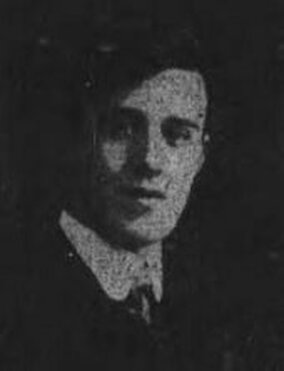 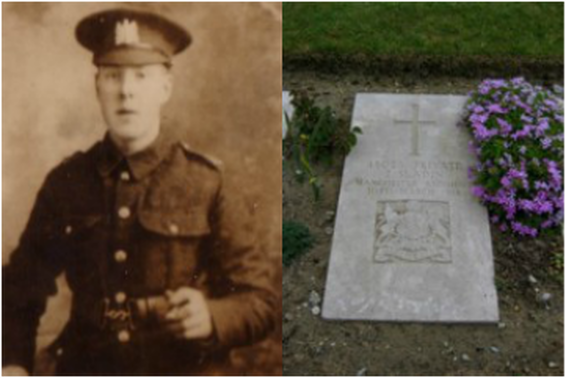 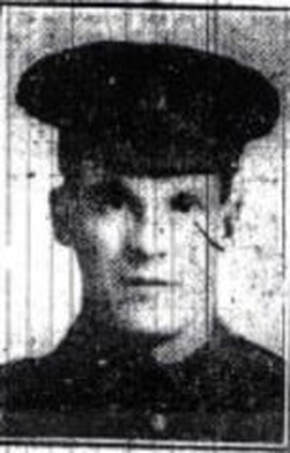 
Accidentally drowned whilst bathing. Prior to enlisting he worked as a driver for the Lancashire and Yorkshire Railway. 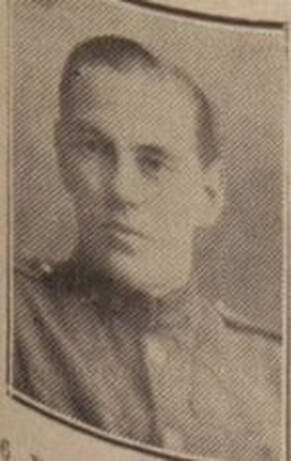 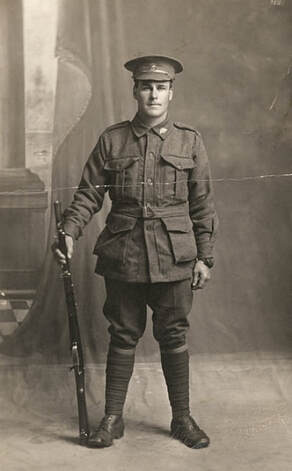 Studio portrait of 3234 Private (Pte) William Norval Thompson, 50th Battalion. A farmer from Muloowurtie, SA prior to enlistment, Pte Thompson embarked with the 8th Reinforcements from Adelaide on HMAT Berrima on 16 December 1916. Whilst serving in France he was wounded in action and, as a result of his wounds, died on 28 September 1917 and was buried in the Wimereux Communal Cemetery, France. 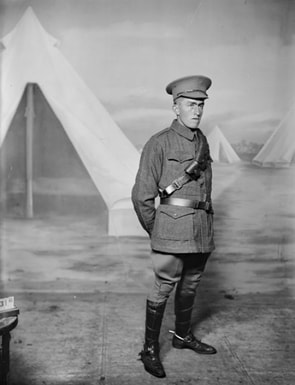 Studio portrait probably of 3959 Private (Pte) Robert Clyde Warren, 12th Reinforcements, 7th Battalion, of North Carlton, Vic. Pte Warren enlisted on 28 August 1915 and embarked from Melbourne aboard HMAT Ceramic on 23 November 1915. He died of wounds received at Pozieres, France, on 24 July 1916 while serving with the 60th Battalion. His brother 271 Pte Stanley Gordon Warren, 7th Battalion, was killed in action on 8 May 1915 and is buried in Redoubt Cemetery, Gallipoli in Turkey. Another brother, Pte Herbert Peter Warren was also wounded. 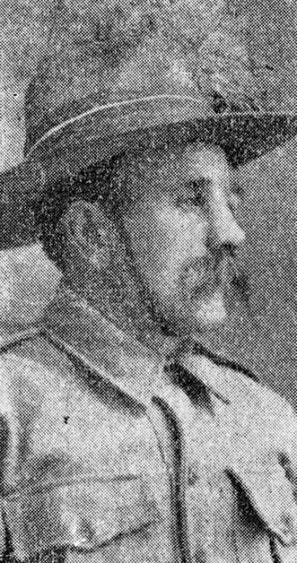 Inscription "In Memory Of The Dearly Loved Husband Of Mrs. A. H. Watson Of Crows Nest"

Studio portrait of 742 Pte Arriness Herbert Watson, 42nd Battalion, of Crows Nest, Qld, son of John W. and Mary G. Watson; husband of Florence Watson. A timber getter prior to enlisting, he embarked from Sydney aboard HMAT Borda (A30) on 5 June 1916. He died of influenza at the 8th Stationary Hospital, Wimereux, France on 25 December 1916, aged 48. 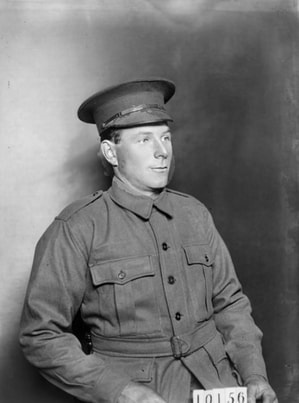 Inscription "Loved In Life Honored In Death Treasured In Memory"