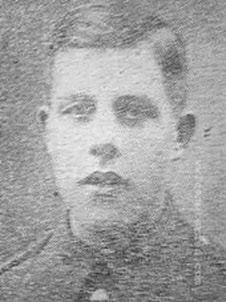 Son of Nathan and Ann Alderson, of 22, Sussex St., Burnley. 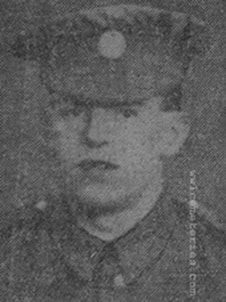 Austen enlisted in 1916 and prior to that was employed at Brierfield Mills. 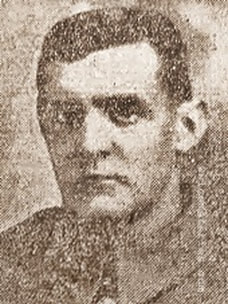 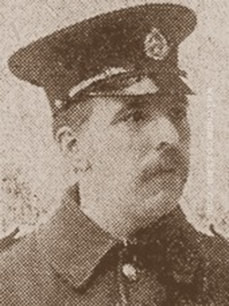 An original member of the "Accrington Pals," having joined up in September 1914, Jim was an engineer by trade and was the third brother in the family to be killed.

"It is my sad part to write and tell you of your son's death. He was killed, poor chap, doing his 'job' by a high explosive shell and suffered no pain as he died instantly. He was in charge of the battalion dump before an attack which was a most successful one, and a lot was due to him in the way he had arranged everything for every company as they came to draw their stores. We shall miss him, as he was very popular during the time he was with us. He has done what many others have done before him during this war, and that is made the supreme sacrifice for the cause of Right." 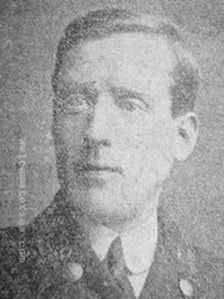 Son of Mary Baldwin, of 97, Parkinson St., Burnley, and the late James Baldwin.

George worked for the Burnley Tramways Company for thirteen years prior to enlisting in September 1914, he had been wounded three times.

"Since he joined us a few months ago he has won everybody's affection and esteem as an able and cheerful soldier. He set a fine example of cheerful courage. He was killed by a shell as he was waiting for an attack, and he is buried near the place where he fell. A cross is erected on his grave." 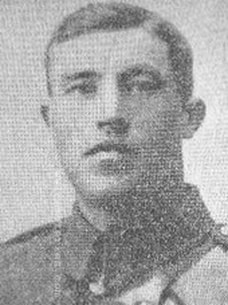 May is to have anything she desires.

The sad loss of my paternal Grandfather’s eldest son. He has no known grave but is remembered with honour at the Arras Memorial, in the Faubourg-d’Amiens Cemetery, Pas de Calais, France.
My Uncle Thomas Wright BANCROFT was born on the 30 September 1891 in Anfield, Liverpool. He was the 2nd child and eldest son of Thomas Wright Bancroft Snr. & Margaret Bancroft nee Ashcroft. He lived at 8 Ashleigh, Anfield, Liverpool with his parents & seven siblings. In the 1911 census Thomas Wright Bancroft is living at 8 Ashleigh, Anfield, Liverpool, the home of his father and mother, Thomas Wright Bancroft, Margaret and his brothers and sisters. He is 19 years of age and his occupation is a clerk with an African shipping agent. I have been unable to find records of his military service in WW1 through draft or enlistment as they must have been destroyed. In 1940 there was a World War Two bombing raid on the War Office in London where the records were held. During this raid, a large portion (approximately 60 percent) of the 6.5 million records was destroyed by fire. The surviving service records have become known as the 'Burnt Documents'. I do have a copy of his British Army WWI Medal Rolls Index Card, 1914-1920. The information recorded and found on the card include his Regiment and and Regimental Number. He was a private in the 13th Battalion Kings Liverpool Regiment. I do know that from information given to me by my father, (Leonard Ashcroft Bancroft, his youngest brother) that Thomas was wounded some time before he was killed in action. This can be confirmed by the wound stripe worn on his uniform in his photo c 1917. He had apparently been at home on leave and it was only two weeks after he had returned to the front that he was killed in action; blown to pieces by shell fire (the main cause of death for soldiers in the First World War) on the 13th June 1917 in Arras, Pas de Calais, France. He has no known grave but is remembered with honour at the Arras Memorial, in the Faubourg-d’Amiens Cemetery, Pas de Calais, France. I have a copy of Thomas W. Bancroft's Will dated 5th July 1916 and it includes the wish ……….. May (his Fiancée) is to have anything she desires.
An uncle I sadly never met, but is truly ‘not forgotten’ and I have had the honour to visit his War Memorial, in the Faubourg-d’Amiens Cemetery, Pas de Calais, France with my wife and our children to pay our respect for his sacrifice. His bothers, Samuel Herbert and Stephen who also saw active service, would return from this dreadful conflict relatively unscathed.
It was only last year that researching local newspaper archives I was able to confirm that Thomas was engaged to May through the death notices in the Liverpool Echo
Never forgotten. His name 'Liveth For Evermore'
Another of George's Uncles - Alfred Herbert Jardine - was killed in the Great War, you can see his story on the Chocques Military Cemetery page

​
Images and words courtesy of George Bancroft, his nephew, (My father, Leonard Ashcroft Bancroft, was one of his 4 brothers) 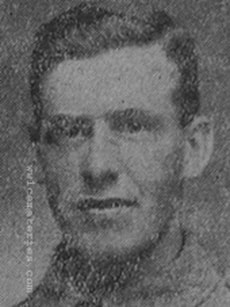 Son of Gerald A. and Mary Ellen Barber, of 10, Burnley Rd., Brownside, Burnley.

Willie joined up on March 27th, 1917. He was a Sunday School teacher at Worsthorne Wesleyan School and Chapel and also played for their cricket team. His father Gerald also served, with the Royal Engineers and survived. 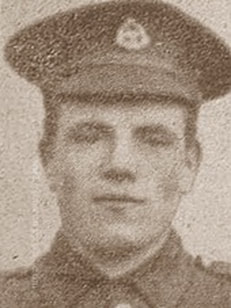 Prior to the war his was a collier at Bank Hall Pit.

"I deeply regret to inform you of the death of your husband, Sergt. J. Batty, who was killed in action on February 16th. I don't know whether you have received news of his death, but I will try to describe what happened as I was not very far away when he was killed. On Saturday morning, February 16th, the Germans were bombarding our trenches, and about 11.30 a.m. one of the shells burst in the trench, killing your husband and wounding several others. I immediately rushed up to him, but arrived too late, as he must have been killed instantaneously. Your husband had been my platoon sergeant for over five months, and he was the best N.C.O. I ever had. He could be trusted to do anything, and always did it well. I had the greatest confidence in him, and he never failed me in anything. He was immensely popular with the N.C.O.'s and men of his platoon and a good sportsman, always willing to take part in our platoon football matches and games. I don't know how to express my sympathy and sorrow, but let me assure you of the deepest sympathy of the platoon and myself." 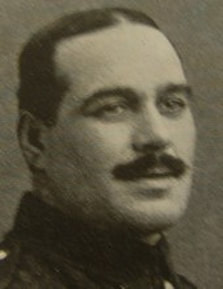 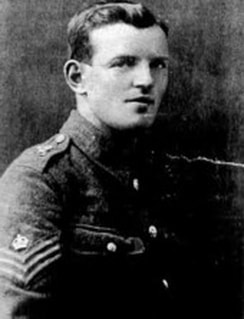 Leslie Alexander BEATON was born at Monkshill, Fyvie, Aberdeenshire, on 20 October 1890, and grew up in Musselburgh where he later attested for the 2nd Battalion/Highland Light Infantry. Leslie arrived with his regiment at Boulogne on 14 August 1914 (WO 372/2) and remained with the 2/HLI (First Army, Second Division, 5th Infantry Brigade), until his death. On leave in June 1915 following 2nd Ypres, Leslie married Mary Keppie MCNEILL at Musselburgh. His rank at the time of his marriage was Quartermaster Serjeant, and his widow's pension papers (PIN 82/10) relate that Leslie was a company Serjeant Major in "A" Company when he was killed at the age of 26 in the Battle of Arleux. Losses for the 2/HLI on 28 April 1917 totalled 42 officers and men killed, 187 wounded and 43 missing. 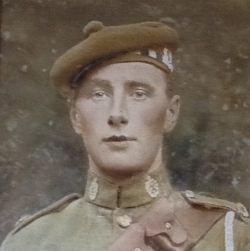 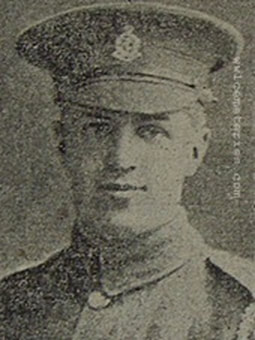 Prior to enlisting he had worked as a weaver at Messrs. Maxfield's Shed, Burnley. He was killed when he and another man were carrying a wounded comrade on a stretcher and a shell fell close by, killing all three.

His parents received the following letter from Lieut-Col. A. Callam;

"Please accept my deepest sympathy and that of my officers and men in the sad loss sustained by the death of your son, Pte. W. Bell, killed in action while doing his duty. Although not belonging to my unit, he was serving with me at the time of his death. He was a keen and gallant soldier, and we all feel his loss very keenly."

Another letter from Captain W. J. Purves read;
​
"Your son was most popular with the men. He was always so bright and willing. He was killed along with another Burnley boy when carrying the wounded. On the evening when word arrived that your boy had been killed all were quiet and sad. The boys felt it very much." 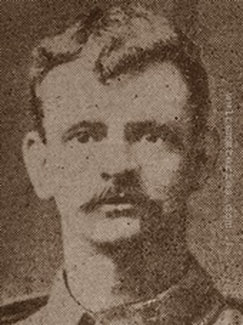 A letter from an officer told his parents that he had gone "over the top" after a very heavy bombardment on 11th April and had not been seen or heard of subsequently. Alfred held the South African medal, with 5 clasps and rejoined the colours in 1915. Prior to enlisting he had been a Slater working for Messrs. Barnes and Oates Slaters, he was a member of the Palatine club in nearby Nelson. 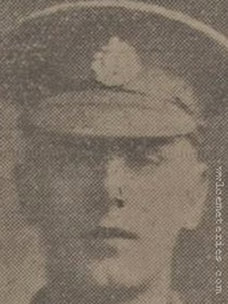 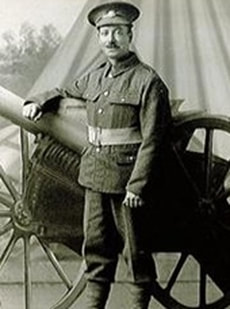 Born in London, 1885. Father to Ivy & Gladys Bory. My Grandmother was Ivy Bory 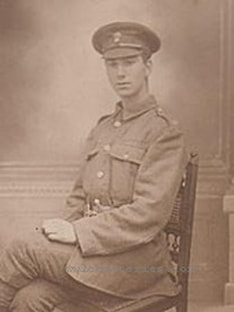 He was born on 30th December 1897 at Camberwell, south London, the 4th out of of 5 children born to Frederick and Susanna Bowen (nee Carpenter), and the only boy. They lived at 3 Fernley Road, Camberwell. His older sister Susannah was my Grandmother. She and her sisters Lillian, Ethel and Margaret lived to old age. 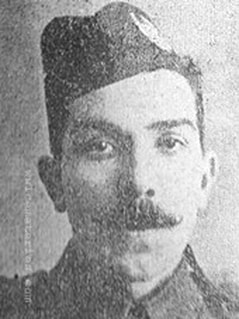 His widow received the following letter from  Captain D. A. Foulds:

"It is with great regret that I write  to advise you of the death of your husband. It may be some small consolation to know that he died a hero's death, working his gun to the last, till shot in the head by an enemy sniper. His death was instantaneous, so he did not suffer. He was buried where he was killed, in a place which will be advised to you later. I knew your husband very well, as he had been in my company for a long time, and I can assure you that no braver man and stauncher friend could be found in his company. Everyone here mourns his death, and we all send you are sincere sympathy in your terrible loss."

"I write to tell you the worst has happened, James was killed on Tuesday, the 24th, while in the thick of the fighting. God only knows what a blow it is to you, but do try and keep up for the baby's sake. It may console you a little to know that he died without suffering, being killed instantly. It is hard enough for us to bear. He was such a good chum and highly respected by all who knew him. I think if ever a man did his share in this war it was Jimmy, he made the supreme sacrifice in one of the greatest battles in the war." 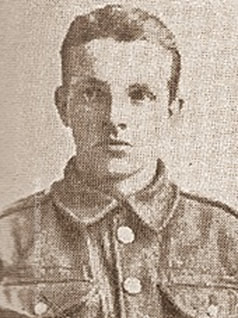 Prior to enlisting he was an apprentice painter with Messrs. Hartley Bros. 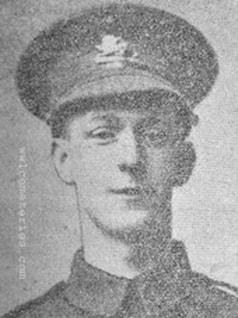 James was a widower and worked as a Billposter for the Burnley Tradesmen's Billposting Company.
Originally reported missing in April 1917 and ten months later he was presumed killed. 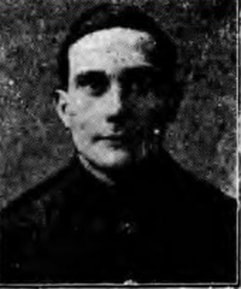 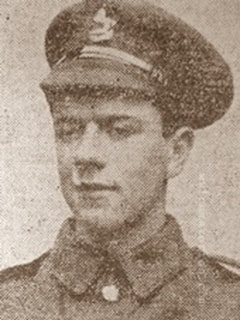 Albert was officially listed as "killed" in June 1919, over 12 months after he was first reported missing.
He attended Colne-Road Wesleyan School and was a weaver at Messrs. Spencer's Queen's Mill, he joined up aged 18 and had been at the front for 13 months at the time of his death. 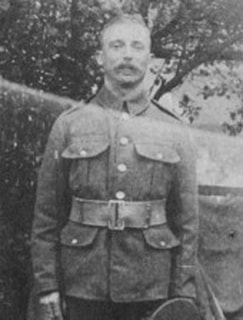 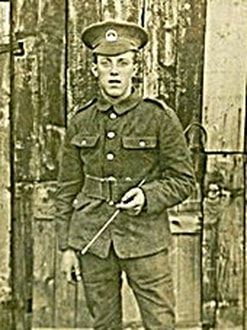 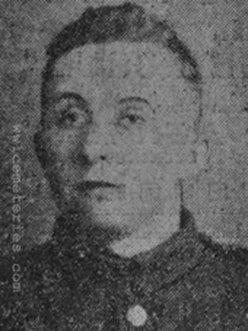 Prior to enlisting in November 1915, he worked as a gardener at Mrs Haslam's late of Oak Lea, Burnley.
Dedications

Remembered with great pride your loving family of all  Balgowan's in Keith.