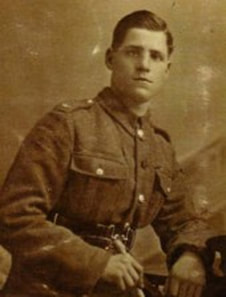 
Picture courtesy of Barbara Turner, this soldier is her husband's great uncle 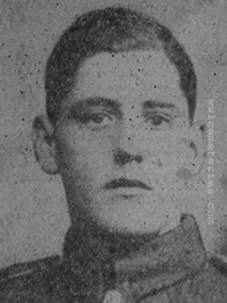 Robert enlisted in August 1916, he was one of five brothers who fought in the war, only one, Alex, survived. 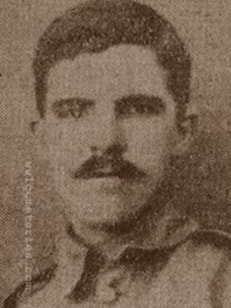 Prior to enlisting, Charles worked as a weaver in Cowpes' Mill, Wood Top. He was associated with St. Catherine's Church and an active member of their football team. He had served 16 years with the army and was with the Territorials when war broke out. After being posted as missing, his wife was erroneously told by the War Office that he had been taken prisoner. 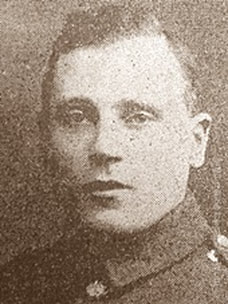 Son of Mrs Haney, 9 Clarence Street, Burnley. One of 7 brothers who served, 5 of whom returned home.

Harry, as he was known, died as a Prisoner-of-War. He was reported missing on 19th May and later died in a Prisoner-of-War Camp. He was single and prior to enlisting was a yard-man at the Bank Top Goods Department of the Lancashire & Yorkshire Railway. 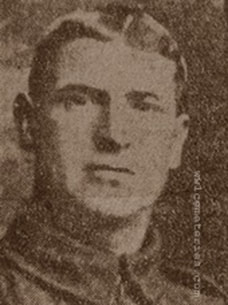 Edward was formerly a weaver at the Hill Top Mill Co. He enlisted in September 1914. 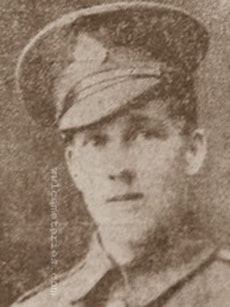 Son of James Hargreaves, of 124, Oxford Rd., Burnley, and the late Martha Hargreaves.

Fred was single and worked as a Drawer at Towneley Colliery. 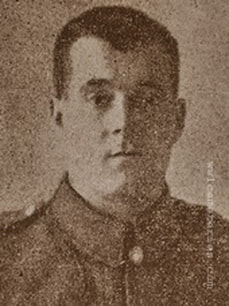 William enlisted in July 1916 and went to France in February 1917, he had been at the front for just two  months when he was killed. Prior to enlisting he was employed as a weaver at Messrs. Grey's Cameron Mill, Burnley. 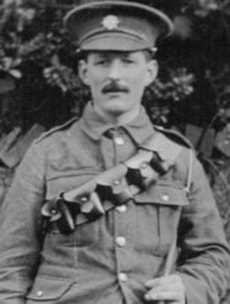 Picture courtesy of Wendy Head, Great Granddaughter of this soldier 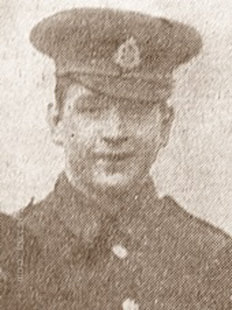 Son of Samuel and Mary Harrison, of 54, Holbeck St., Burnley. A brother, Samuel was taken prisoner but survived the war.

Captain B. Barnes, wrote to Thomas' parents after he had been reported missing;

"I regret to inform you that your son, No 26851 Private T. Harrison, has been missing since the recent fighting in the sector lately occupied by the 140th Brigade Machine Gun Company. Before deciding to write to convey such sad news to you I have waited some days in order that replies to my enquiries of the casualty clearing stations might come through, but I now regret that I am unable to get any definite information. I can only assume that your son was killed or wounded in the terrific bombardment which preceded the German attack. He may, of course, if wounded, be a prisoner of war, but I am afraid this is unlikely. Will you please accept my sincerest sympathy? The loss of such excellent soldiers as your son is one I feel deeply, but I am intensely proud to be able to tell you that our machine gunners stuck to their guns and died at their posts rather than give up ground which there was a chance of holding." 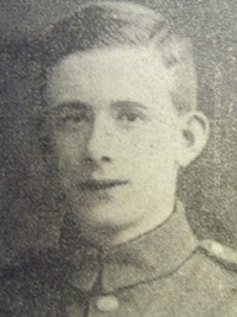 Captain Heys of the Burnley "Pals" Regiment wrote to his parents:

"It is with very real sorrow that I have to write this letter. Your son, Pte. Hartley, was killed by a shell early this morning (10th inst.). He did not suffer, as death was immediate. Nothing I can say can make your loss any less, but we hope you may find some help in the knowledge that your son's death is a personal loss to the officers and men of his company. He set a fine example of cheerful devotion to duty, and although he had not been with us long we had already begun to regard him as one of the most cheerful and willing men. The memory of his life and the manner of his death, will, we hope, be consolation to you in this time of trial. He will be buried in a small military cemetery behind our lines and a cross will be placed over his grave." 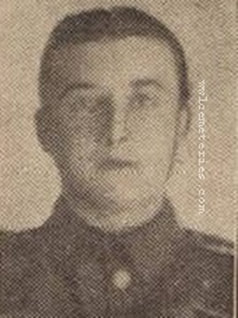 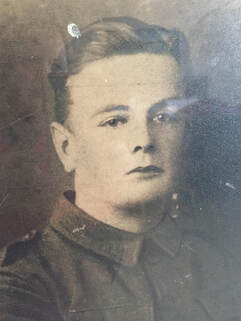 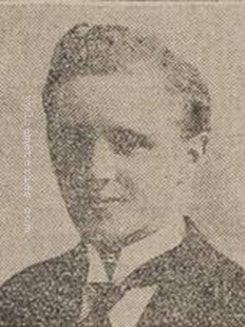 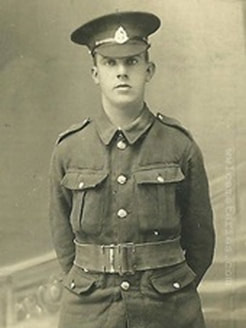 Mr and Mrs. Horrocks, of 24 Annie Street Ramsbottom, Have receive official news from the War Office, stating that their son, Pte. William Horrocks, East Lancashire Regt., was killed in France on April 3rd. Pte. Horrocks who was unmarried and the only son of Mr. & Mrs Horrocks, resided with his parents at the above address. He joined the forces on the 3rd November, 1915 and has seen service in Egypt. He was home on leave until December 13th of last year, when he returned to France. His name appears on the Roll of Honour at St. Andrew's Parish Church, being a regular attender at both church and Sunday school. Prior to joining the forces he was employed at Messrs. Stead's Irwell Mill, Ramsbottom. A field card dated April 1st was received from Pte. Horrocks on the 7th inst. on which he stated that he was quite well. 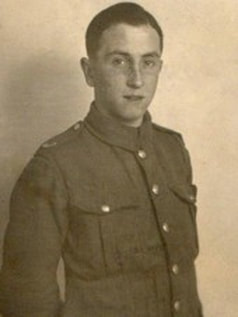 David Hughes Joined the Middlesex Regt. & trained at Aldershot he moved with his unit, a Division of K3 and crossed over to France on September 1914 in the 24th Div for a truly appalling experience, being forced marched into reserve for the British assault at Loos 1915. David also saw action in Sept 1916 at Longueval, Delville Wood in the notorious Tea Trench and Pommiers Redoubt battles. Also the battle of Guillemont (fourth phase) and finally on to the battle of Arras where he David was recorded missing 4th March 1917 during a forced march to divisional rest at Lapugnoy near Arras. 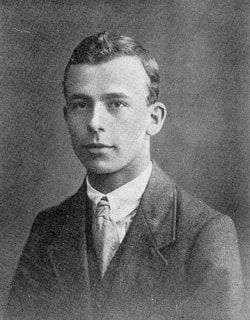 The information below supplied by 'The Ellesmerian Club', the alumni organisation for Ellesmere College where Rodney was a pupil.


Rodney Richard Johnson, a Liverpool lad who was born on 18th February 1897 was the only son of Richard and Marguerite Johnson. He was first educated at Merchant Taylors’ School, Crosby before being admitted to Ellesmere College on 3rd May 1912, where he was allocated to the ‘Woodard’ dormitory.

He only stayed for one year and left at the start of 1913 taking up employment as a clerk with the London and Liverpool Insurance Company.

The sparse records of his time at Ellesmere only reveal that he passed his Preliminary Oxford Local Examinations – there are no details of him having played in any sports teams.

His military service records have survived but are in very poor condition and illegible in places due to the fire damage they sustained during ‘The Blitz’.

These ‘Burnt Records’ reveal that he formally enlisted and signed his ‘Attestation Papers’ at the King’s Own Depot, Lancaster on 16th August 1915. He was posted on the 18th August to join the 3rd Battalion, the King’s Own Loyal Lancaster Regiment as Private Johnson, Service No. 20458. He underwent basic training, and despite blotting his record by taking ‘unofficial additional furlough’ (leave) and ‘absenting himself from parade without permission’ he was promoted Lance-Corporal just three months later.

By May 1916, he was Acting-Corporal. He underwent training at Hayling Island, the home of the Southern Command School of Musketry, and qualified “1st Class Musketry” in September 1916. He embarked with the British Expeditionary Force to France in December of that year and was taking part in active service in the field from January onwards.

He fought at the Battle of Arras and was killed in action on 1st May (some sources indicate 26th April) 1917. The battalion Chaplain wrote to his parents:

“Your boy was such a splendid fellow, an excellent soldier and a general favourite with his comrades; everybody thought so highly of him”

“He had been helping to carry a wounded comrade down to the dressing station, and on his way back he was hit by a sniper and died instantly. It was an awful blow to me, for he was such a cheerful willing chap, one whom I could always trust to do any duty, however irksome it may have been”

His life is commemorated on the Arras Memorial 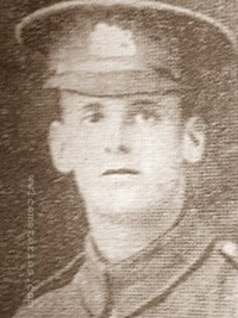 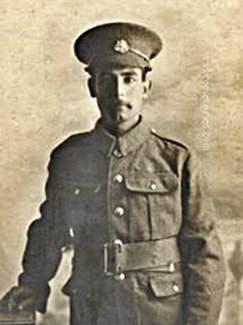 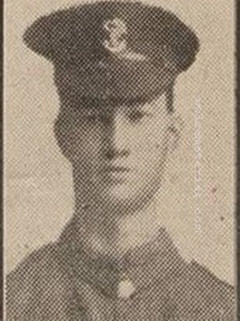