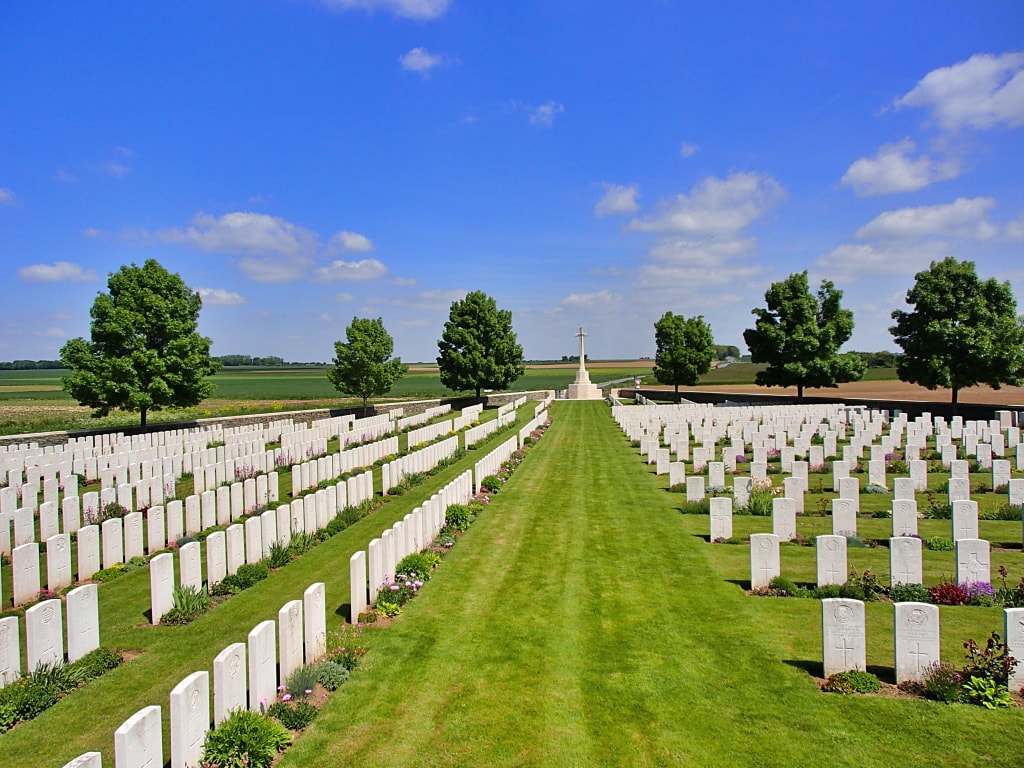 A greater part of the village was included in the front taken over by British troops in March, 1916, and the remainder fell into British hands on the first day of the Battles of Arras, the 9th April, 1917.

Bailleul Road East Cemetery was begun by the 34th Division in April, 1917, and carried on by fighting units until the following November; and Plot I, Row R, was added in August, 1918. Plots II, III, IV and V were made after the Armistice by the concentration of isolated graves from a very wide area North, East and South of Arras and from the following two burial grounds:-

NORTHUMBERLAND CEMETERY, FAMPOUX, was on the West side of the road from Fampoux to Bailleul-Sire-Berthoult. This road was called Northumberland Lane, and a neighbouring trench was called Northumberland Avenue. The cemetery was used by fighting units from April to July, 1917, and one other burial was made in it in September, 1918. It contained the graves of 69 soldiers from the United Kingdom, and these (except seven, which were not found) were concentrated into Plot V of Bailleul Road East Cemetery.
LAGNICOURT "SOLDIERS' CEMETERY" (the German name) was near the South-East side of the village of Lagnicourt. It contained the grave of one R.F.C. Officer who fell in October, 1916.

There are 1,298, 1914-18 war casualties commemorated in this site. Of these, 753 are unidentified, and seven special memorials record the names of soldiers from the United Kingdom buried in Northumberland Cemetery, Fampoux, whose graves could not be found on concentration; and a number of graves in Plot V, identified as a whole but not individually, are marked by headstones bearing the additional words, "Buried near this spot". Every year of the war is represented in the cemetery, but more particularly the last nine months of 1917.

The cemetery covers an area of 4,486 square metres and is enclosed by a rubble wall and was designed by Sir Reginald Blomfield and Noel Ackroyd Rew. 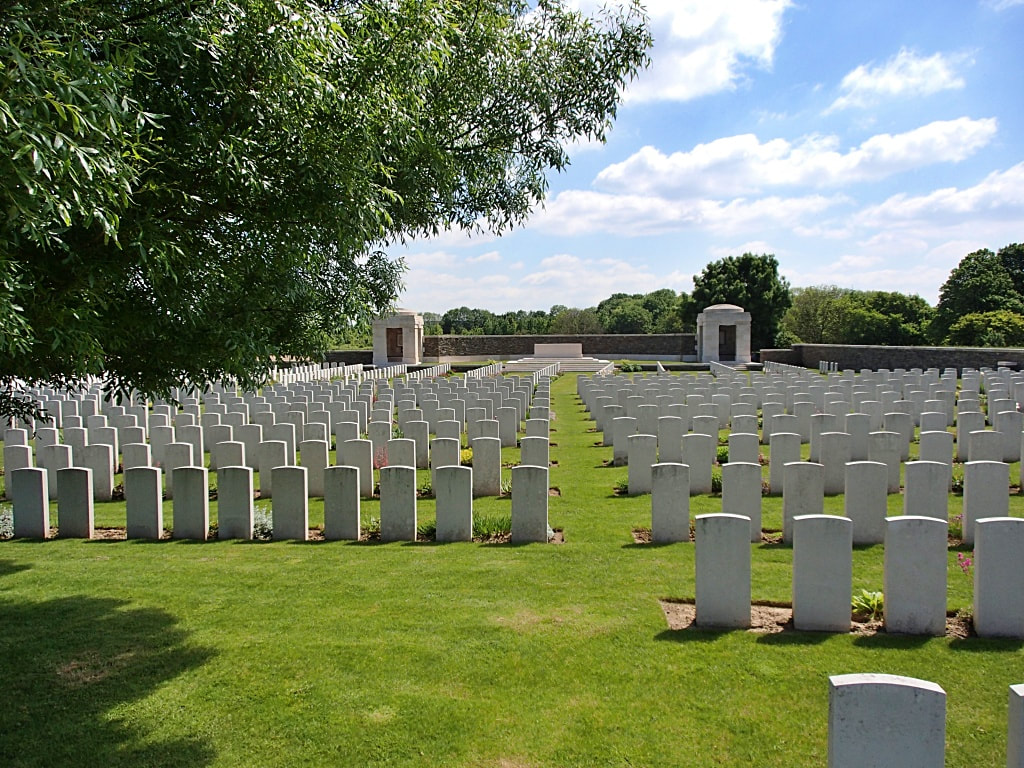 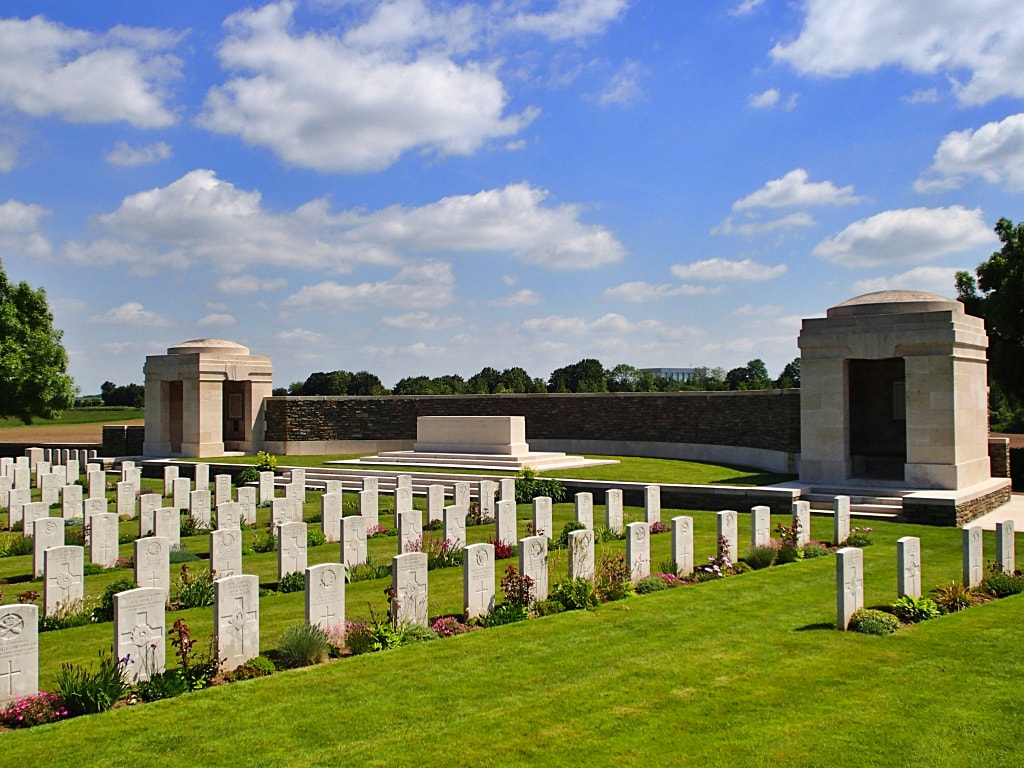 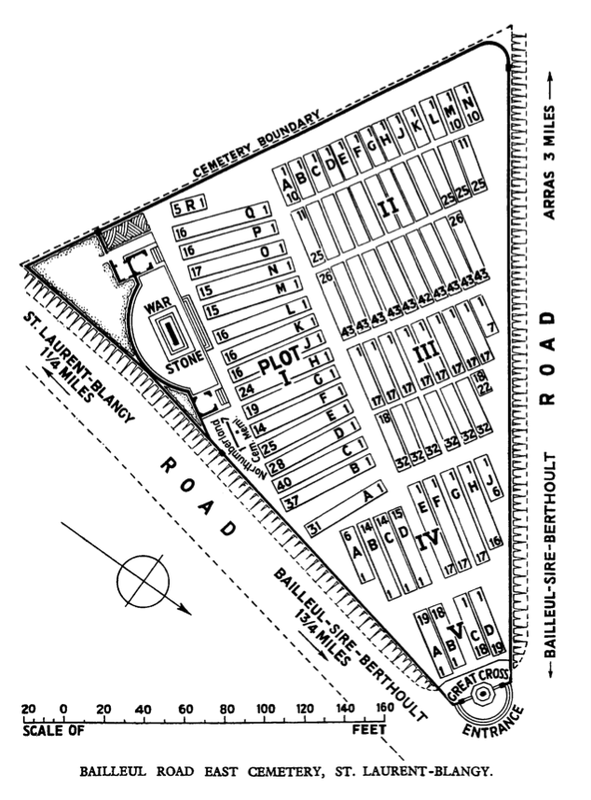 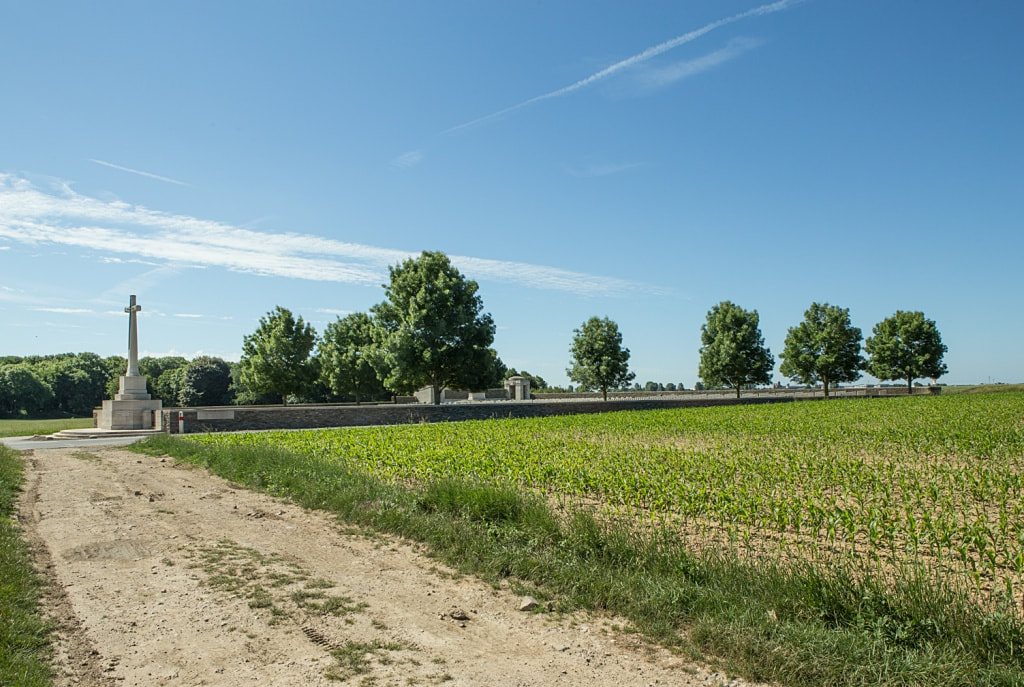 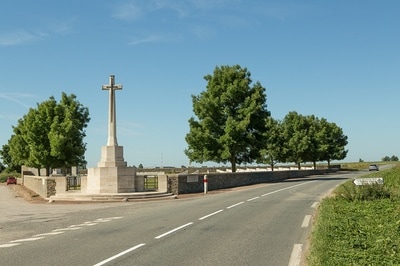 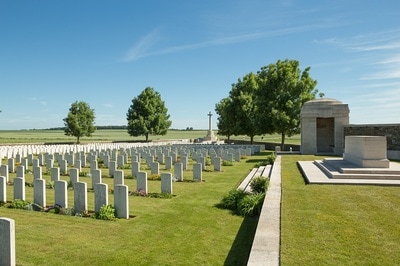 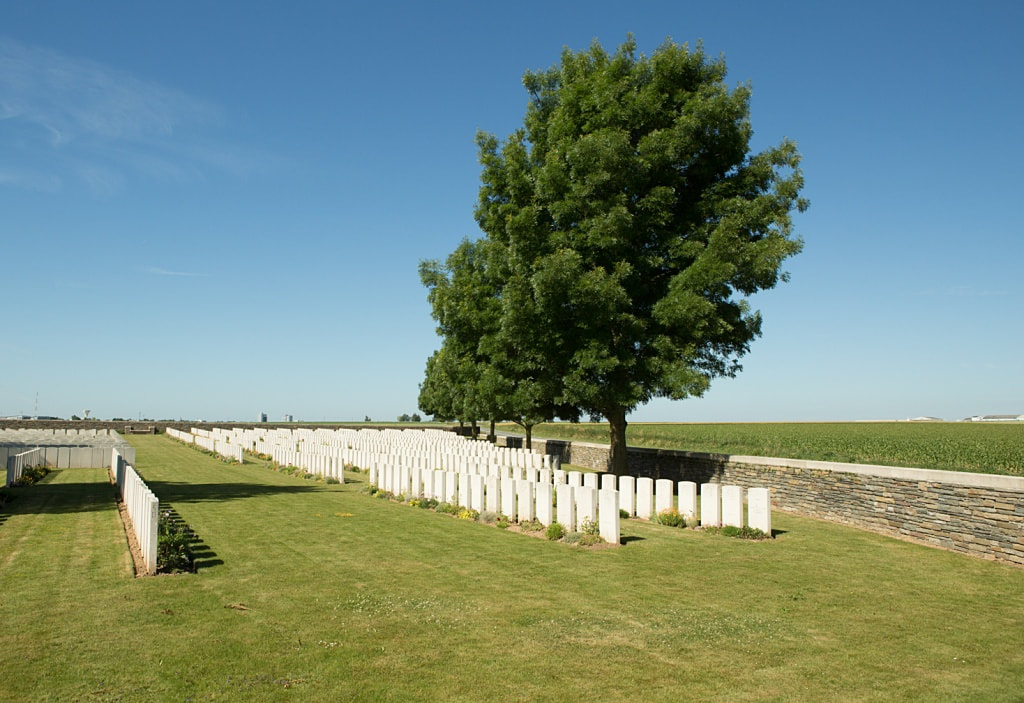 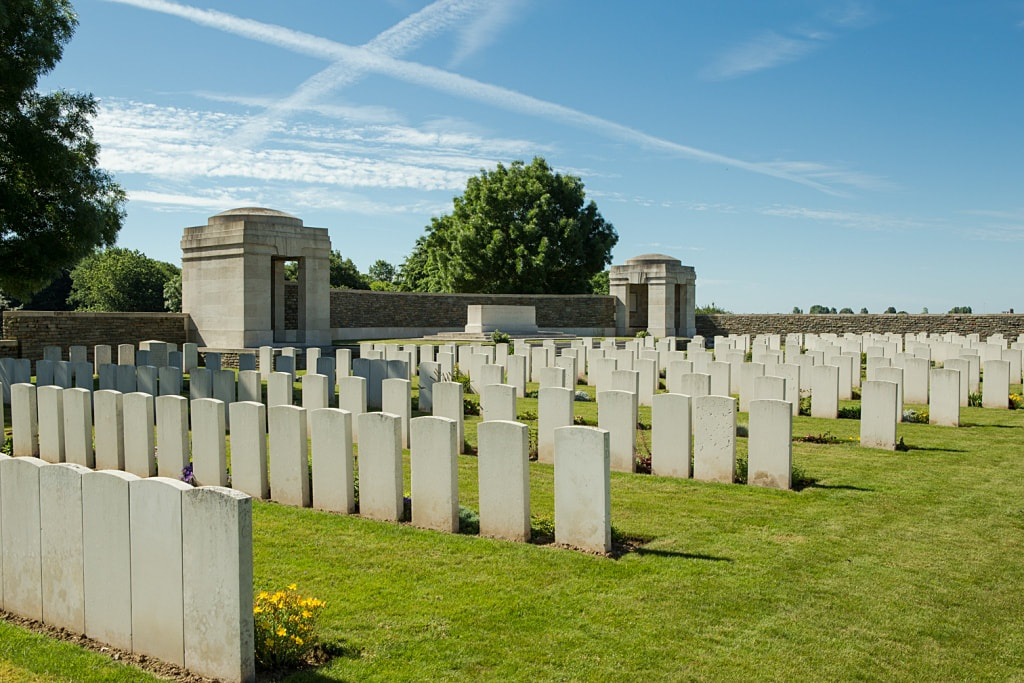 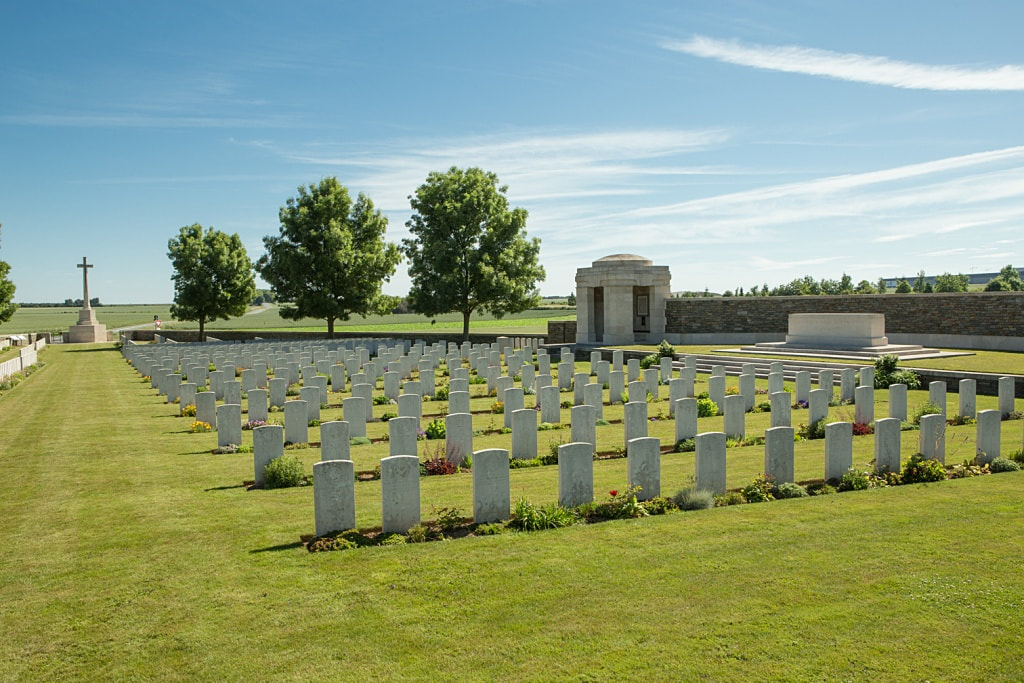 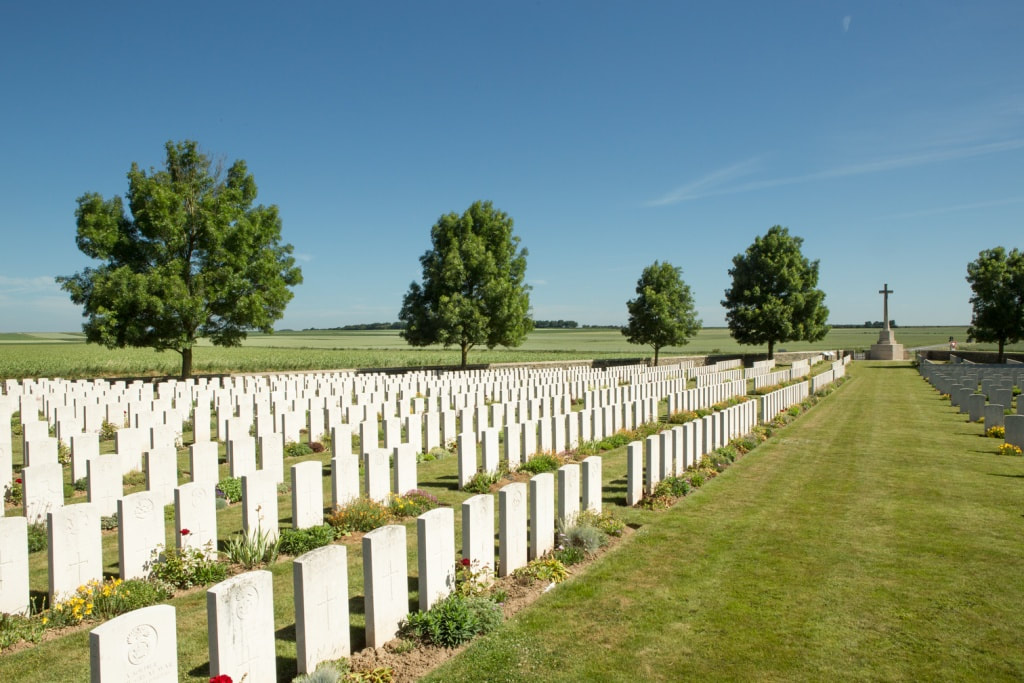 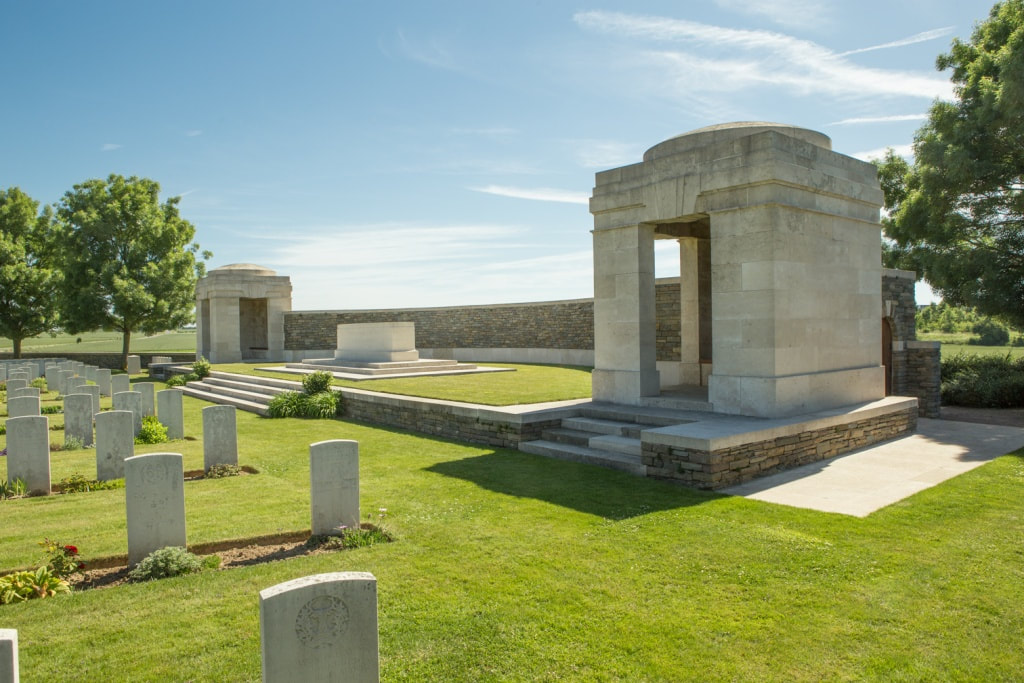 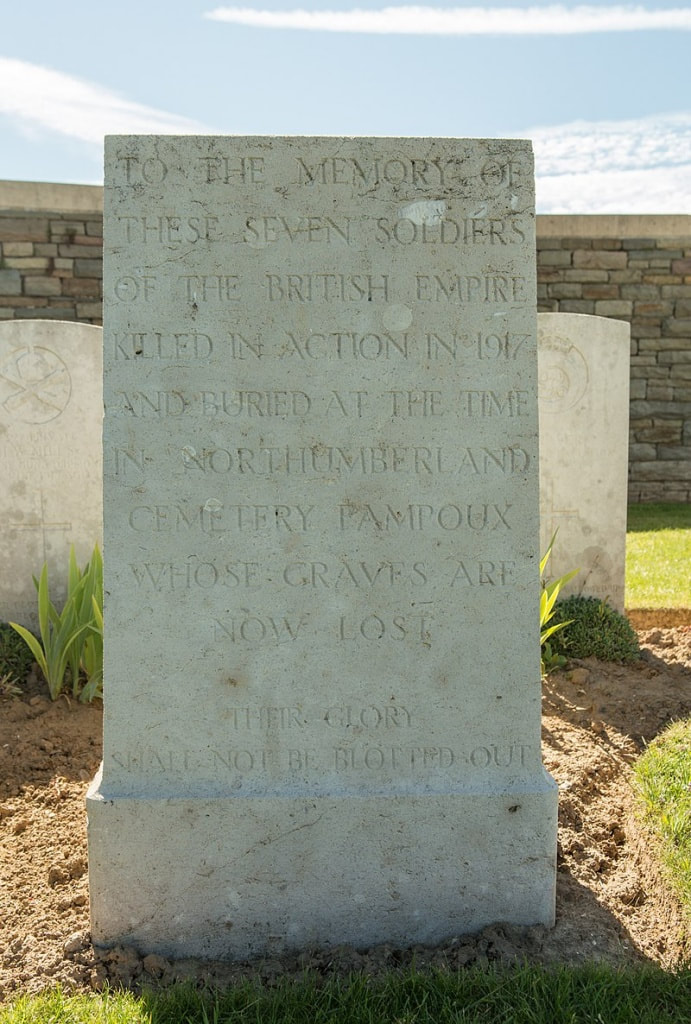 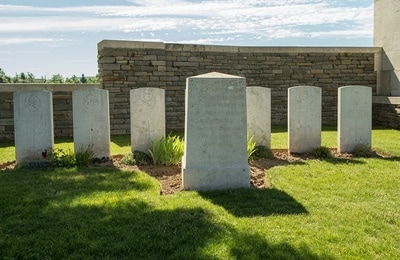 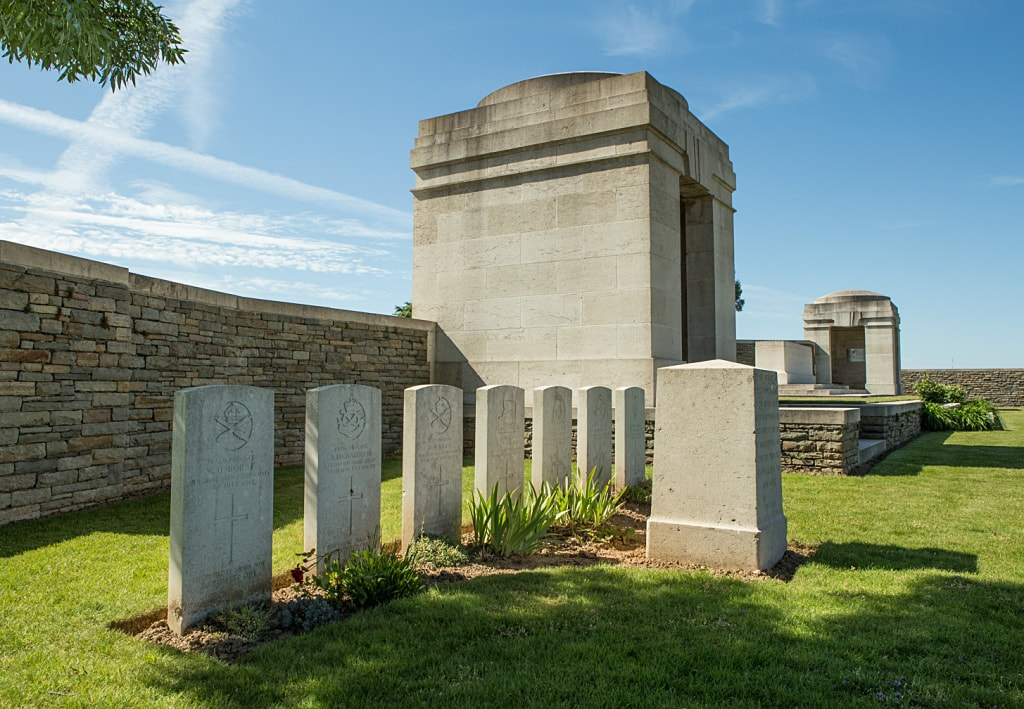 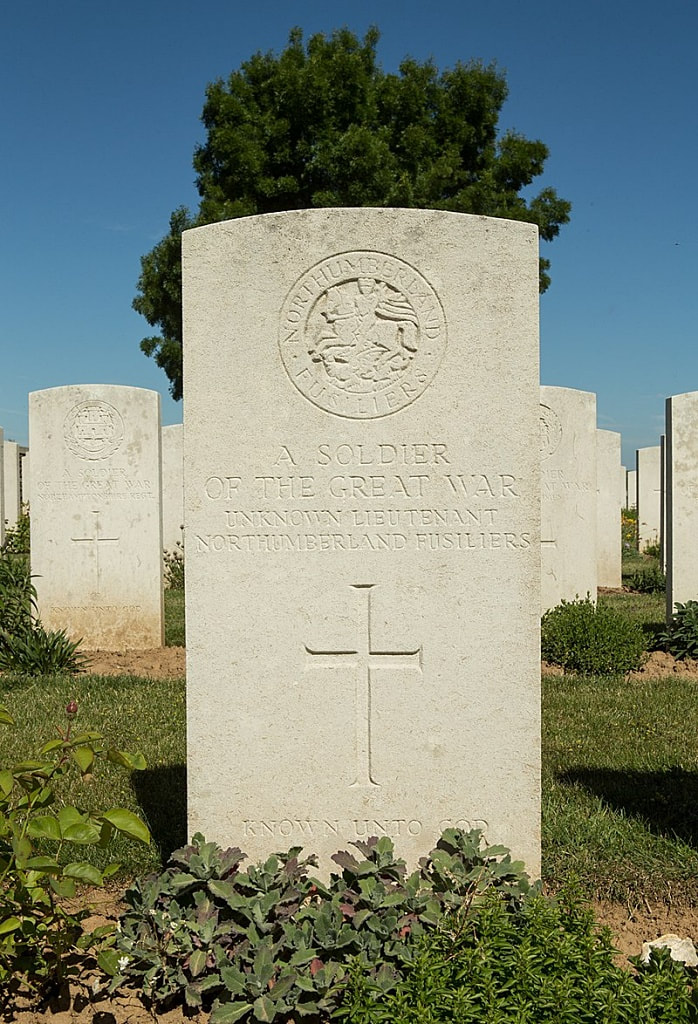 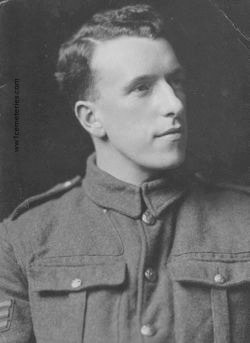 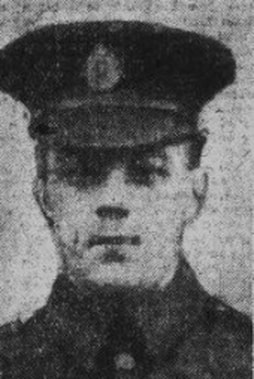 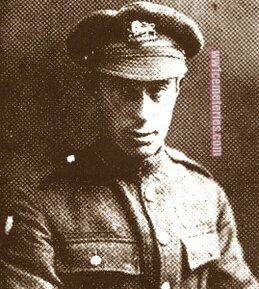 Son of Barnet and Annie Rosenberg, of 87, Dempsey St., Stepney, London. Born at Bristol. Some critics of the time considered Rosenberg the best of the war poets after Wilfred Owen.

​
Break of Day in the Trenches by Isaac Rosenberg

The darkness crumbles away.
It is the same old druid Time as ever,
Only a live thing leaps my hand,
A queer sardonic rat,
As I pull the parapet’s poppy
To stick behind my ear.
Droll rat, they would shoot you if they knew
Your cosmopolitan sympathies.
Now you have touched this English hand
You will do the same to a German
Soon, no doubt, if it be your pleasure
To cross the sleeping green between.
It seems you inwardly grin as you pass
Strong eyes, fine limbs, haughty athletes,
Less chanced than you for life,
Bonds to the whims of murder,
Sprawled in the bowels of the earth,
The torn fields of France.
What do you see in our eyes
At the shrieking iron and flame
Hurled through still heavens?
What quaver—what heart aghast?
Poppies whose roots are in man’s veins
Drop, and are ever dropping;
But mine in my ear is safe—
Just a little white with the dust. 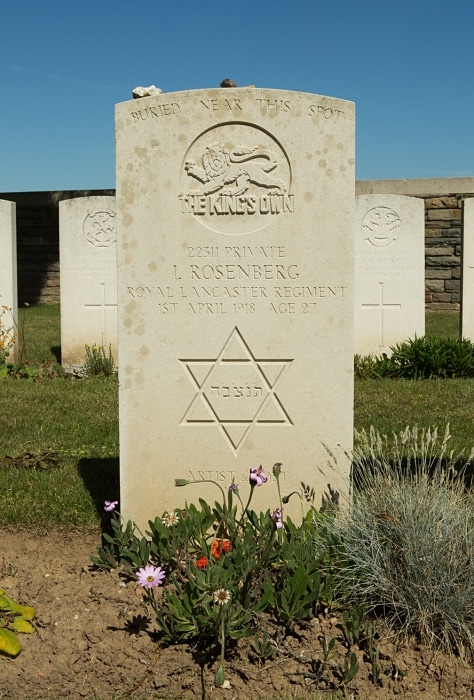 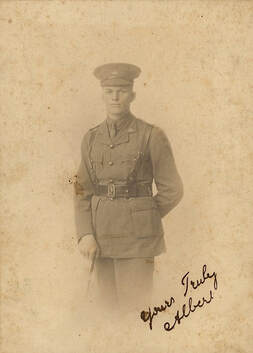 Studio portrait of Private Albert Henry Tiegs, 11th Battalion. Tiegs enlisted as a private with the 11th Battalion in 1914 and was wounded on the first day of the Gallipoli landings. He was hospitalised on Malta and subsequently returned to Australia. Upon his recovery he re-enlisted and was commissioned as a Second Lieutenant (2nd Lt). He embarked with the 28th Battalion in October 1916 for service in France. Tiegs' unit was supporting the 26th Battalion in an attack on Lagnicourt on 26 March 1917 when 2nd Lt Tiegs was killed in action. 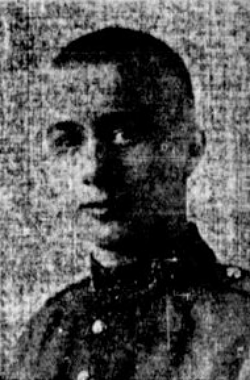 Some of the Individual Headstones in the Cemetery 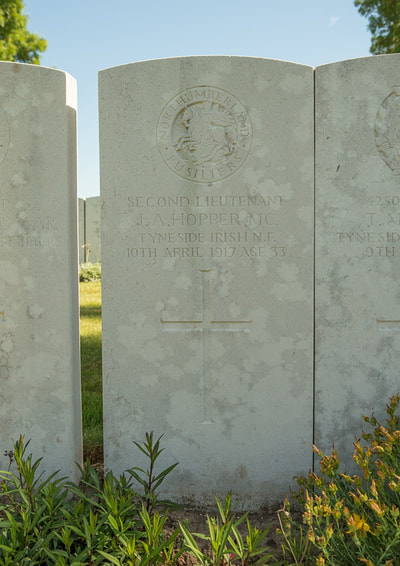 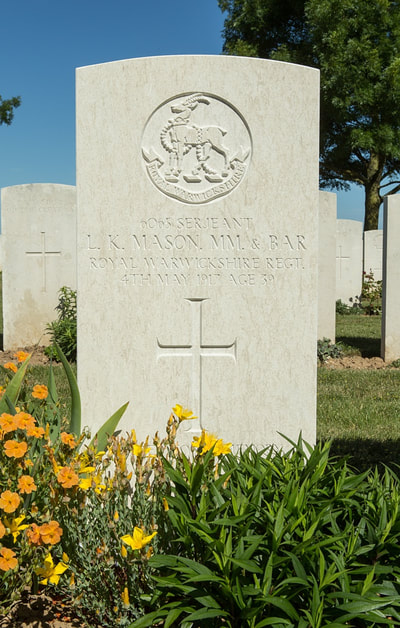 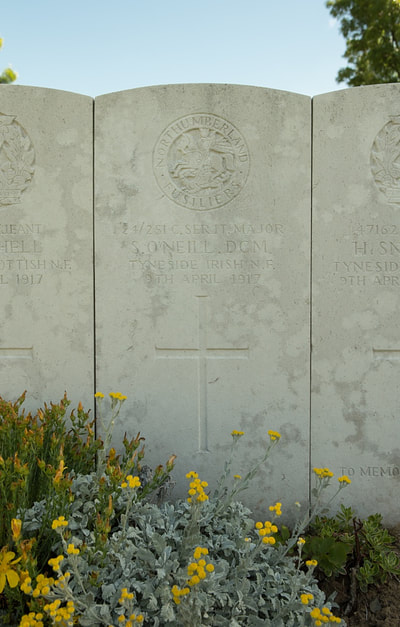 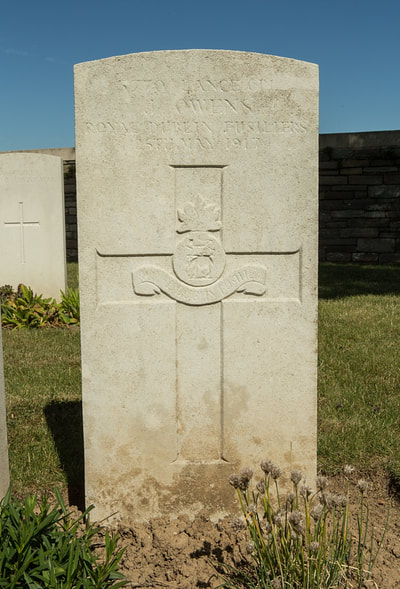 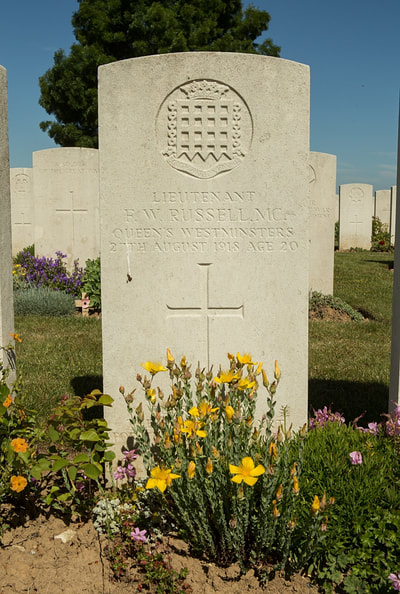 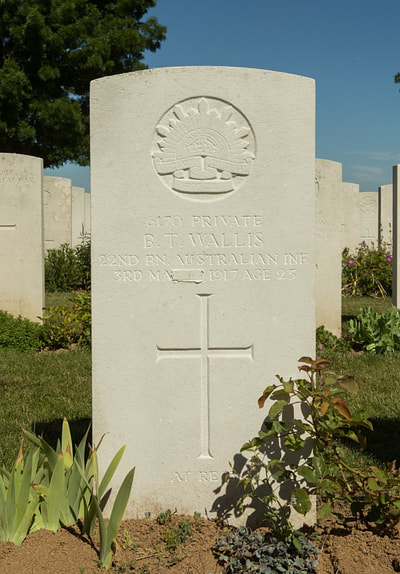