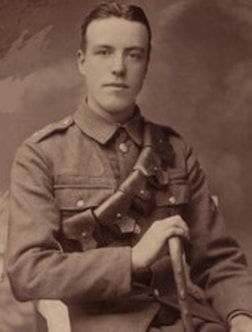 ​Killed in Action at Festubert. 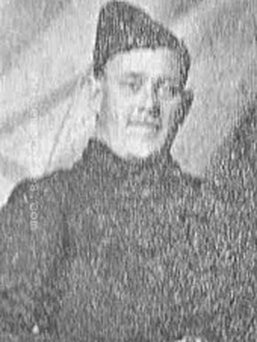 He lived at 40 Florence Street, Burnley but was originally from Cleckheaton in the West Riding of Yorkshire. A miner in civilian life. An orphan, Thomas was brought up by Mr & Mrs Arthur Parkin of Cleckheaton. 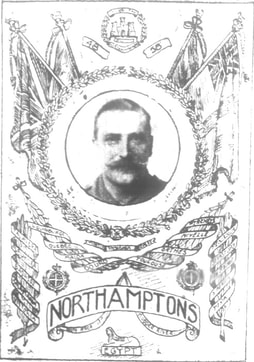 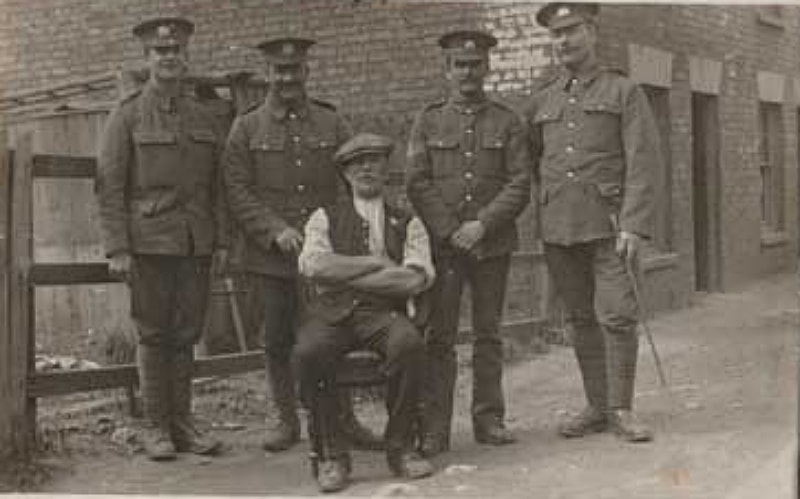 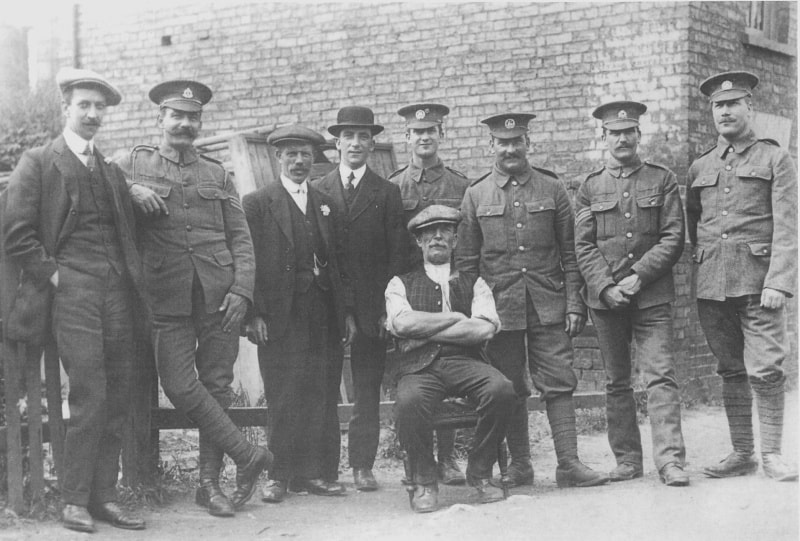 Harry was sent to convalesce in Kent & married a local woman later in 1915, had children & stayed in Chatham the rest of his life passing away 1974.

William was the last to die. At this time (autumn 1914) he was a gardener at Peterborough park, but ended up enlisting in December 1915 under the Derby Scheme. He married June 1916 before arriving in France July of that year. 1st or 2nd May 1918 he was gassed in Gorre & died of wounds 8th May 1918. 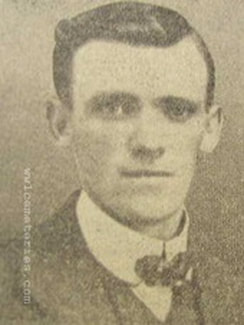 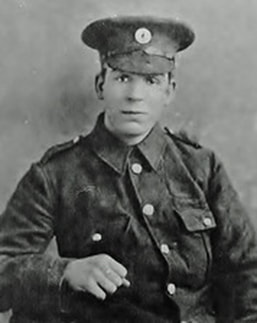 The information below supplied by 'The Ellesmerian Club', the alumni organisation for Ellesmere College where John was a pupil.
​
​John Hargreaves Cowling, the eldest son and one of five children of Robert, a railway pointsman and his wife, Elizabeth, was born on 2nd August 1883 in Newburgh, Lancashire. He was the eldest child and the family was completed with the births of Amy, Percy, William and Kate over the next ten years. He was recorded as a scholar, seven years old and resident in North Meols in the 1891 Census. Four years later, on 29th January 1895 when the family lived in Parbold he was admitted to Ellesmere College and allocated to the ‘Woodard’dormitory.

There were one hundred and eighty one boys on the nominal roll that term and forty of them were admitted that January. Amongst the new boys were Joe Pope and John White-Bell who also died during the Great war. Another direct contemporary, who also entered the ‘Woodard’ dormitory that term, was Algie Hartigan. He went on to see active service in the Boer War and the Great War but died during the early years of the Second World War.

John was initially placed in Form Lower I under the instruction of Mr. R. H. Philipps, himself an Old Ellesmerian but there are no further academic records available to consult and there is no reference to him partaking in any extra-curricular activities. His name does appear on a few sports related records.

At the Sports Day held on 18th April 1895 he was placed third in the ‘Minimi’ 100 yards race and Quarter mile race. In the former it was recorded that he was “in close attendance on Smallwood” (who took second place). He is also known to have played back in the dormitory rugby team on occasion.

John left Ellesmere at the end of the Easter Term 1897, a few months before his fourteenth birthday. It is not known if he went on to any form of further education but by the time of the 1901 Census he was recorded as being employed as a wireman with the Post Office and living in Liverpool with his mother and stepfather, John Russell.

Ten years later the 1911 Census recorded that he was Private Cowling, Service No. 7272 of the 2nd Battalion, the South Staffordshire Regiment and based at Whittington Barracks, Lichfield. Very few military service records have survived but from his Medal Index Card, held at the National Archives in Kew, it can be seen he disembarked in France on 12th August 1914, one of the very first service men to see active service following the outbreak of war.

Very little is known of his military service during the war but the regimental war diary for 15th May 1915 records “In billets at La Couture and marched to Rue du Bois at 8.30pm. The attack commenced at 11.30pm and the enemy retreated from their trenches”.

John was an ‘Other Rank’ and, as such, he was not named in the diary – it was the custom to note the names of officers only. As such, it is not possible to discover exactly where he was at the time of his death but the ‘Register of Soldiers Effects’ records his death as being on 16th May 1915 at Richebourg L’Avoue.

The war diary further records that by 7.00pm on 17th May out of one thousand men in the battalion two days earlier only one hundred and thirty could be accounted for. Two days later, on 19th May, those survivors were relieved. The cost to the battalion in the three days 16th to 18th May 1915 inclusive was: 2 Officers and 41 Other Ranks killed, 10 Officers and 404 Other Ranks wounded, 75 N.C.O’s and Other Ranks missing.

John’s body was never found and his life is commemorated on Le Touret Memorial, Pas de Calais. For his service to King and Country he was awarded the 1914 Star, the Victory Medal and the British War Medal. 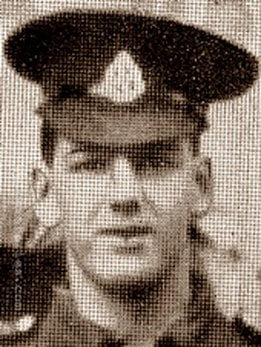 His mother received a letter from his friend, Private J. Herrmann of the same regiment:

"I am sorry to have to write this letter to you to tell you such bad news as regards your son Edward. I have been his chum since we have been out, and I miss him very much. Edward and I volunteered to carry an injured officer out of the trenches, and we had got 500 yards down the road when he was shot dead by a sniper. I did my best for him. He was not long before he died. He only asked me to lift him up and I lifted him in my arms and then he passed away very peacefully." 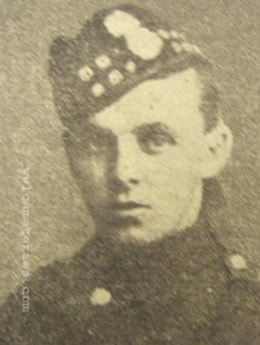 He lived at 3 Bivel Street, Burnley. His parents lived at the Craven Heifer Hotel, Briercliffe, Burnley. 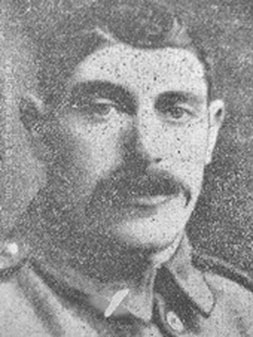 He lived at 59 Tentre Street, Burnley. It is known that he was buried behind the firing line by his friends but his body was not identified after the war. 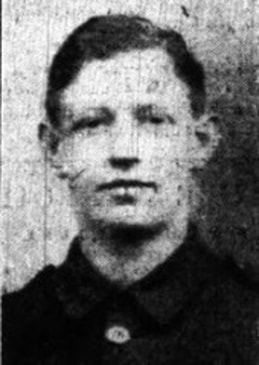 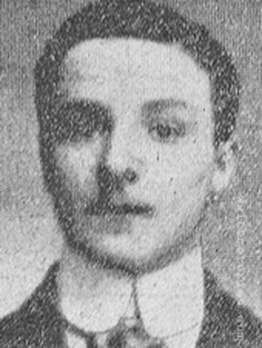 He lived at 31 Hirst Street, Burnley. 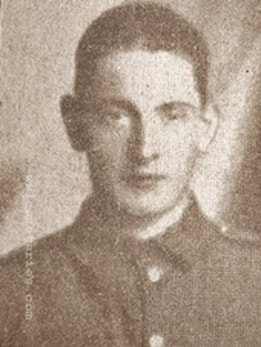 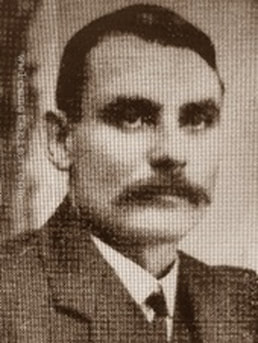 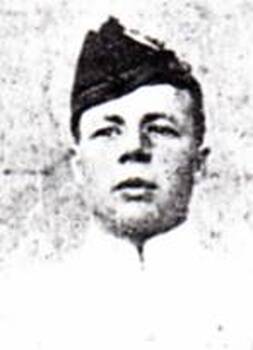 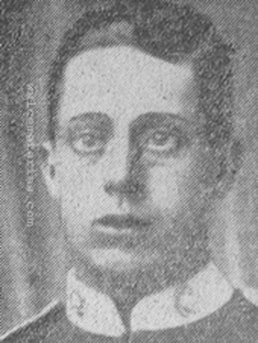