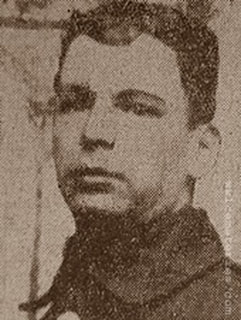 A regular soldier for 7 years, he had completed his service and spent 6 weeks working for Burnley Tramways before being recalled to the colours. He was posted as "Missing in Action" on 20/10/14. His Mother received his medals, including the Mons Star in 1919.

​His Brother Robert is also commemorated on the Memorial (Below) 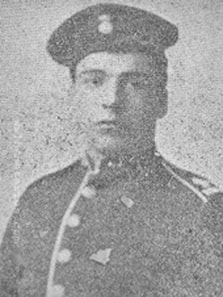 He lived at 3 Angle Street, Burnley and was the brother of Henry McReth (Above). 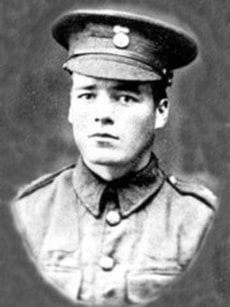 Lovingly remembered always by his family in Wales and Australia

Son of the late Alexander Nicol, of 8, Bute Wynd, Kirkcaldy 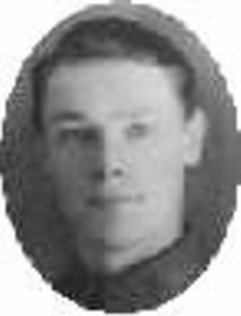 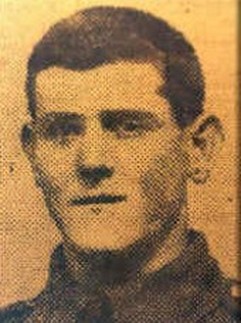 Picture courtesy of Brian Pillier, great nephew of this soldier 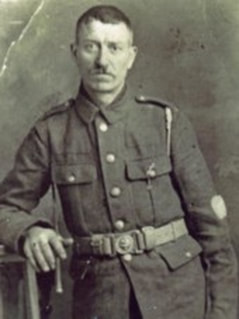 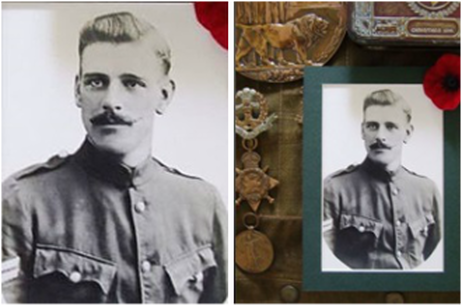 
Sgt. Edward George Ryde (L/9708) was known as Bert to his mates and was killed at Neuve Chapelle on 14th March 1915. He was in the 2nd Bn. Middlesex Regiment. The men of the Middlesex Regiment were known as "The Die Hards" He was the husband of my Great Aunt Sylvia who lived all her life in Himley Road,Tooting and every day she would go to her front doorstep and hope to see him marching down the road. She never remarried and all the little girls in her street used to love her as she would make dolls for them and when they had children she made dolls for them too. Bert enlisted with all of my family but was a regular in the army before the war, as were all of my family with the exception of Grandfather who joined to be with them and they were in the Battle of Mons from day one. I have Bert's two medals and cap badge but am missing the silver British War Medal. The image shows his August November 1914 Star. I have his plaque and tobacco pouch that was sent with his personal things. It is badly scorched and battered indicating that Bert must have met an explosive end. I promised Aunt Sylvia that I would keep his memory alive and your site is a perfect way of doing this and he can be with his mates again.