The town of Longueau is situated on the south-eastern outskirts of Amiens and the British Cemetery is on the eastern side of the town.

Leave the Amiens orbital bypass at Junction 34 towards Longueau on the N29. The cemetery is located on the left hand side of this road approximately 1 mile after leaving the bypass.

Wheelchair access to this site is possible, but maybe by an alternative entrance.

Longueau British Cemetery was begun in April 1918, when the Allied line was re-established before Amiens; it was used by fighting units and field ambulances until the following August. Plot IV was made after the Armistice when graves were brought in from the surrounding battlefields and the following smaller cemeteries:-

BLANGY-TRONVILLE FRENCH MILITARY CEMETERY and COMMUNAL CEMETERY EXTENSION. These were really one cemetery, on the North side of Blangy-Tronville Communal Cemetery. They contained 84 French graves (now removed to Montdidier French National Cemetery) and those of nine soldiers from Australia and five from the United Kingdom, who fell, for the most part, in July 1918.

COTTENCHY CHURCHYARD EXTENSION, which contained the graves of 555 French soldiers, three German prisoners, one soldier and two airmen from the United Kingdom and one airman from Canada. 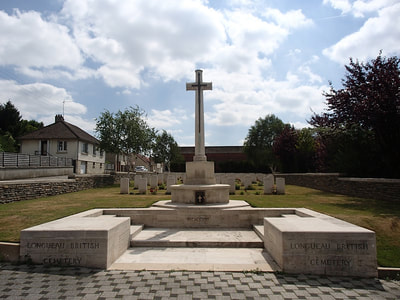 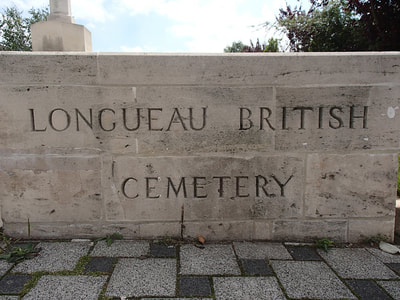 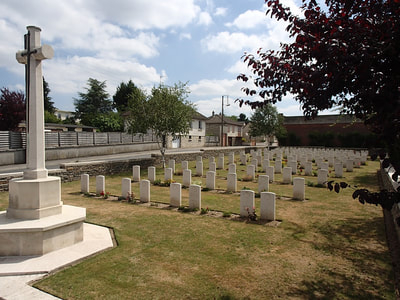 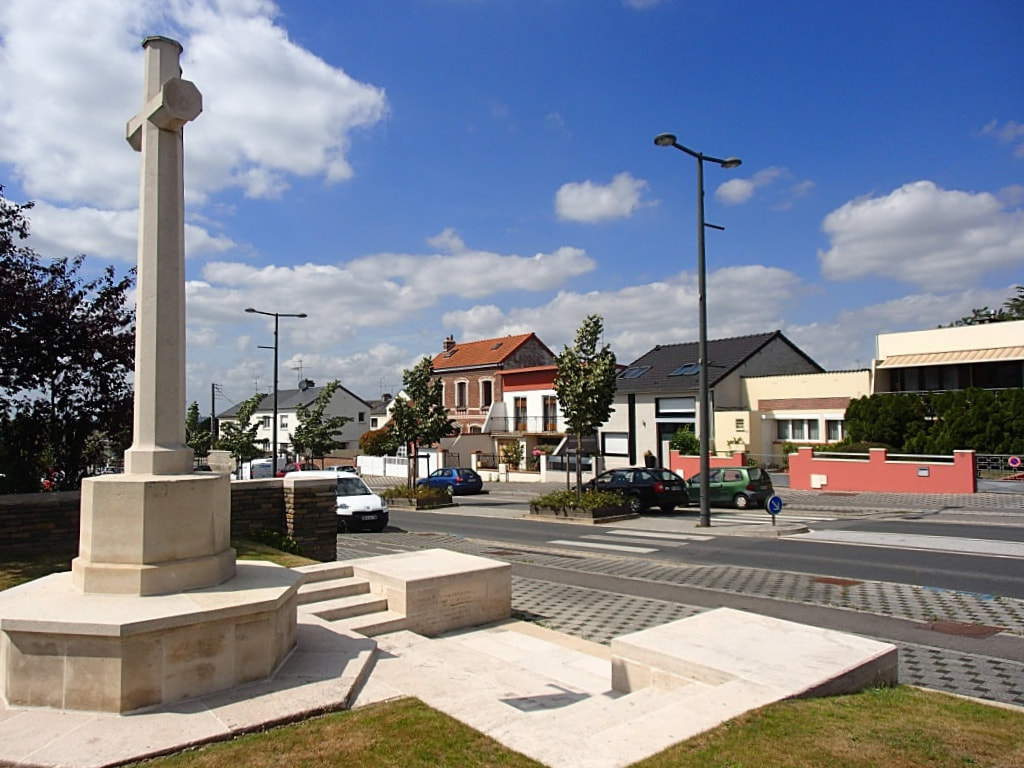 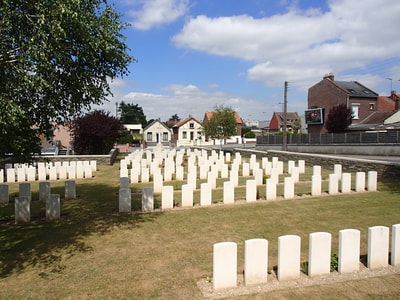 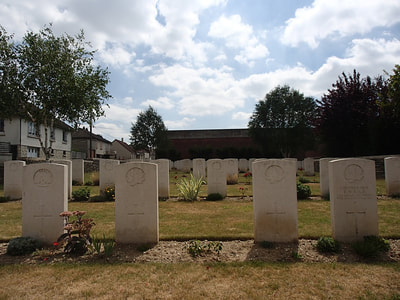 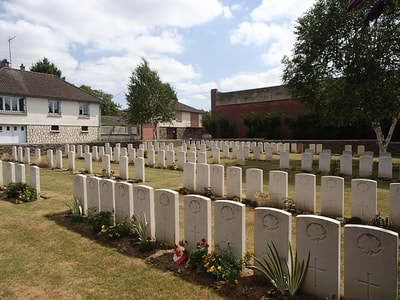 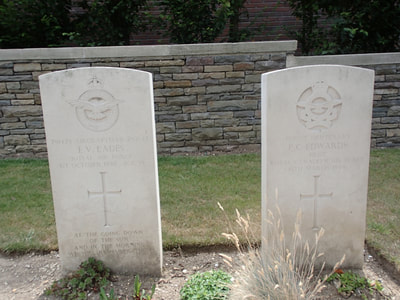 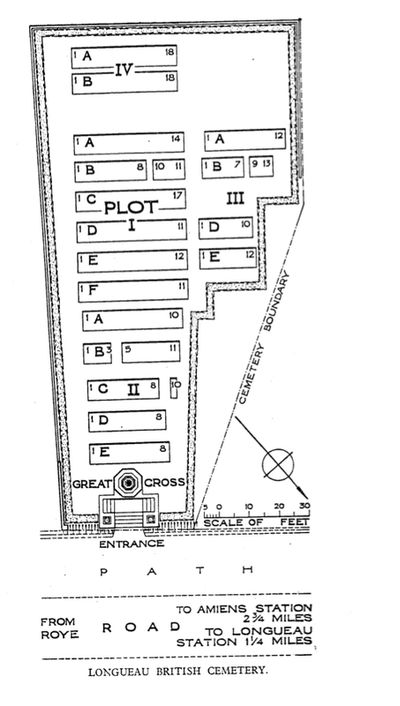 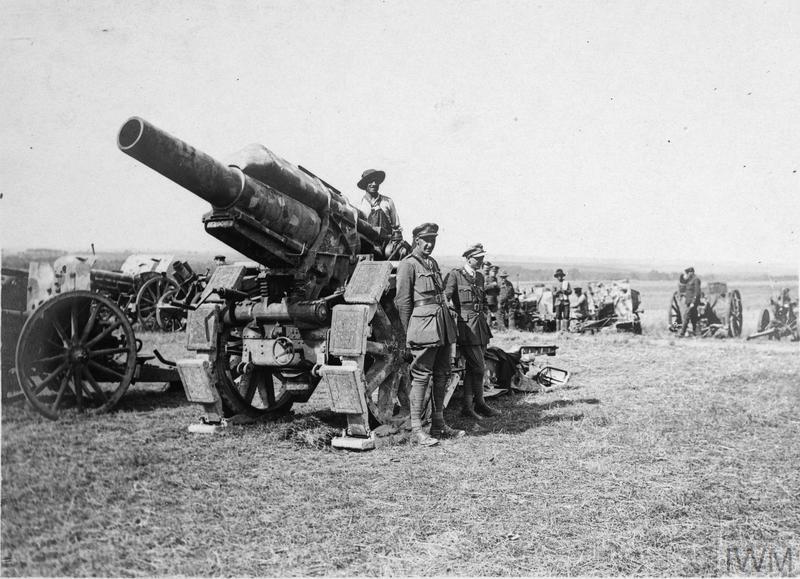 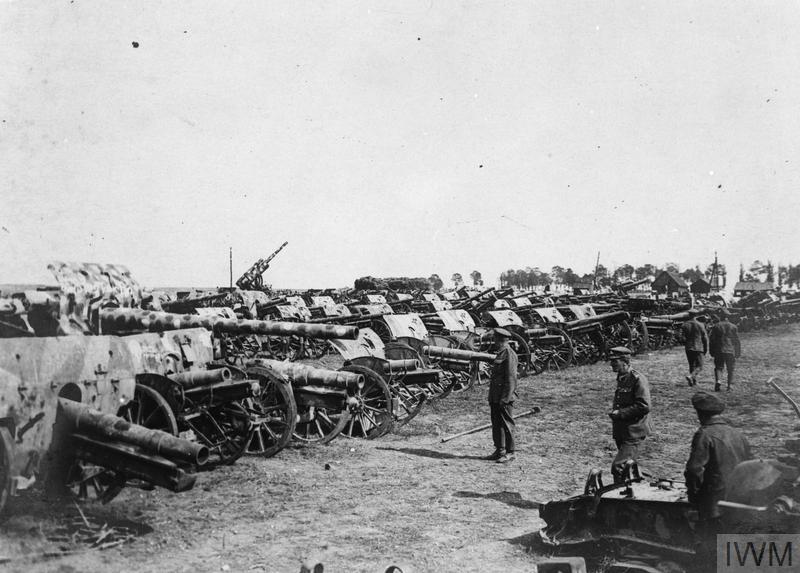 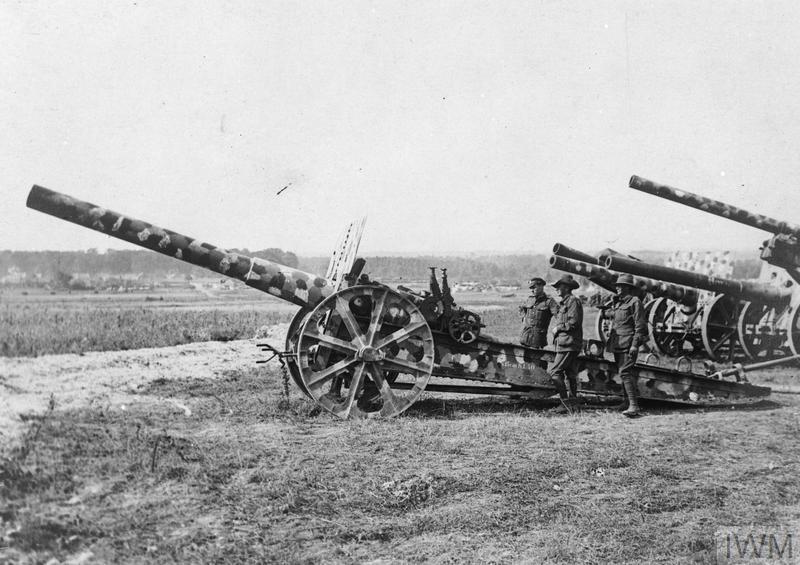 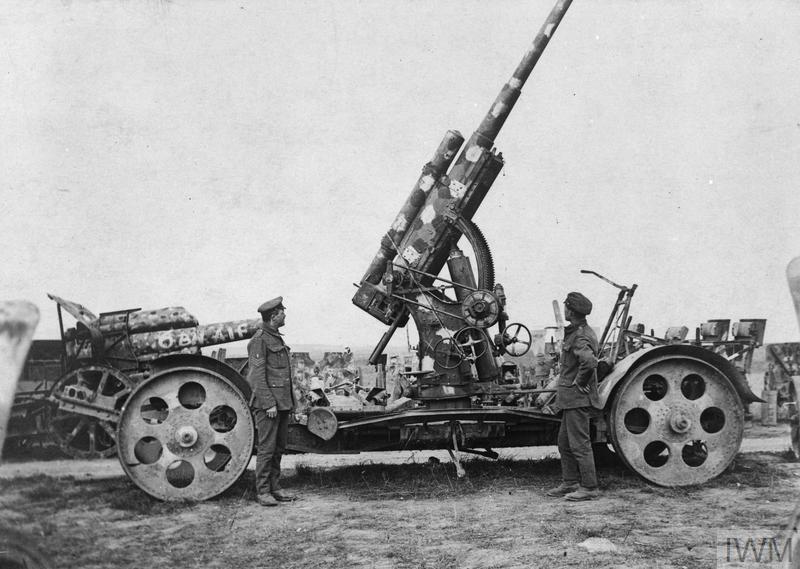 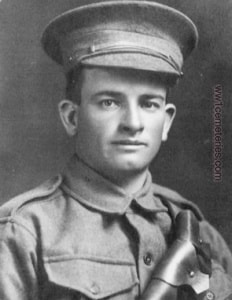 Son of James and Margaret A. Carraill, of 53, Regent St., Kensington, South Australia. Native of Tongkillo, South Australia. Two brothers, Leslie and Stanley were also killed and are commemorated at Peronne Communal Cemetery Extension and on the Villers-Bretonneux Memorial respectively.

​His headstone bears the inscription; "Greater Love Hath No Man Than This He Gave His Life For His Friends." 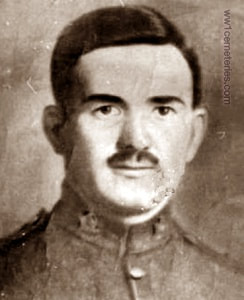 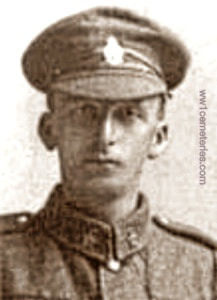 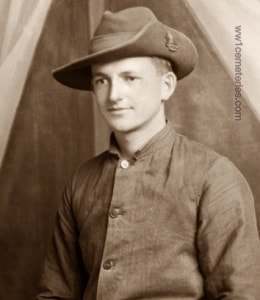 ​His headstone bears the inscription; "He Hath Chosen The Better Part."

A law student from Grange, SA prior to enlistment, Pte Hambidge was a prolific writer of prose and verse and originally served as a Driver with the Royal Australian Navy Bridging Train at Swan Island before transferring to the AIF after his unit was disbanded. He embarked for overseas service with the 10th Reinforcements, 46th Battalion on HMAT Nestor on 28 February 1918. On 8 August 1918, aged 21, he died of wounds received in action. 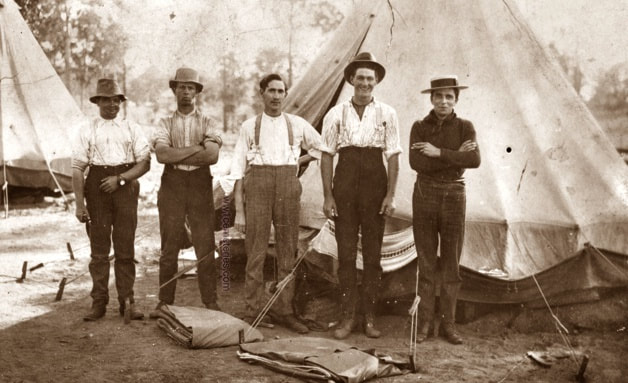 Son of William and Tane Hetherington.

His headstone bears the inscription; "He Heard His Country's Call."

Enoggera base camp, Queensland, 5th August 1915. A group of recruits of 31st Battalion A. I. F. pictured in training camp, with Private Albert Hetherington second from left.

​Albert Hetherington was fatally wounded on 8th August 1918 during his battalions' advance at Warfusee, he died at the main dressing station as a result of shrapnel wounds to both buttocks. 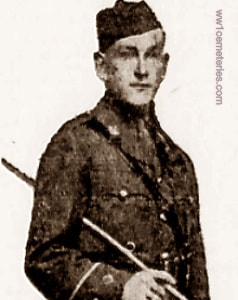 His headstone bears the inscription; "Greater Love Hath No Man Than This."
​ 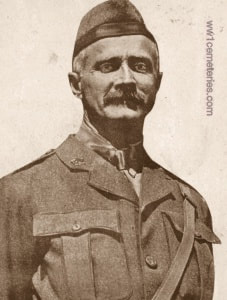 Son of Hugh McLennan and his wife, Isabella Stewart, of Montreal.

His headstone bears the inscription; "Great Peace Have They Which Love Thy Law."
(Biblical; Psalm 119:165) 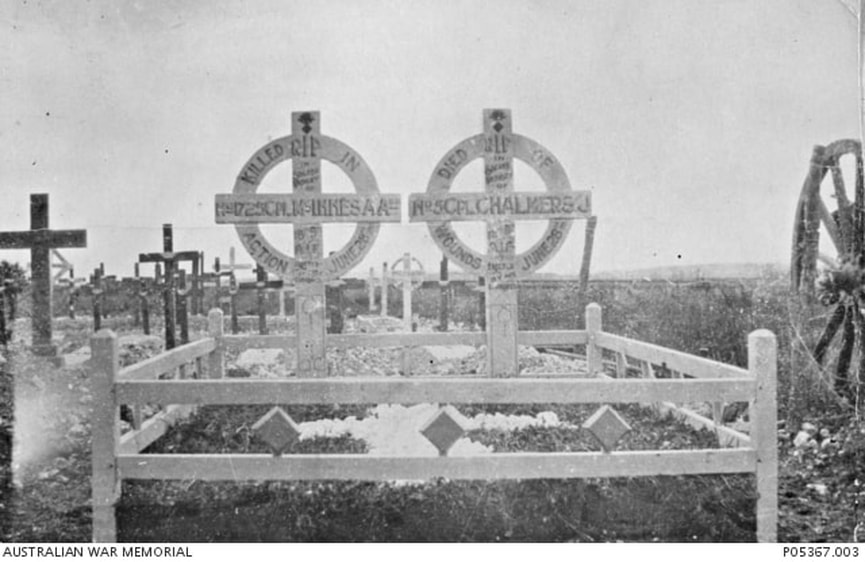 Original grave markers of two graves in the Longueau British Cemetery, France. On the left is: 1725 Corporal (Cpl) Allen Andrew McInnes, MM, 18th Battalion, who was killed in action on 28 June 1918, at Villers-Bretonneux, France, aged 33 years. A master butcher of Lake Cargelligo, NSW, prior to enlisting on 20 May 1915. McInnes embarked with 2nd Reinforcements, 18th Battalion, from Sydney on 19 June 1915 aboard HMAT Kanowna. He was awarded the Military Medal on 25 September 1917 for his excellent work on three consecutive nights, 17th, 18th and 19th September 1917 near Westhoek where he guided packhorses and limbers carrying bombs, water and rations forward under continual shell fire. On the right is: 5 Corporal (Cpl) James Chalmers, 18th Battalion, who died of wounds on 29 June 1918, in France, aged 44 years. A farmer of Temora, NSW, before enlistment on 30 June 1915. Chalmers embarked with the Transport Section of the 18th Battalion, aboard HMAT Ceramic on 25 June 1915 from Sydney. 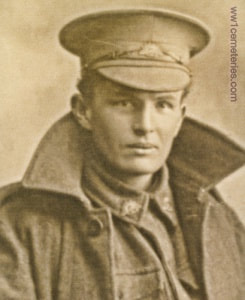 His headstone bears the inscription; "Nearer My God To Thee E'en Though It Be A Cross That Raiseth Me."​ From the hymn; Nearer, My God, To Me by Sarah Flower Adams.

A miner prior to enlistment he embarked from Melbourne with the March 1917 Reinforcements of the Tunnelling Companies on board HMAT Themistocles (A32) on 4 August 1917. Pte Rayner was taken on strength and transferred to the 2nd Pioneers Battalion in November 1917. He was wounded in the neck at Villers Bretonneux and was admitted to hospital; he later died on 20 July 1918, aged 29.

Fred Rayner was mortally wounded by a single shot fired as he was returning from digging trenches at about 2.a.m. on 20th July 1918. He was taken to No. 6 Field Ambulance where he died as a result of a gun shot wound to the mouth.

Son of Daniel and Isabella Ross, of Decker, Manitoba. Native of Orrwold, Manitoba. 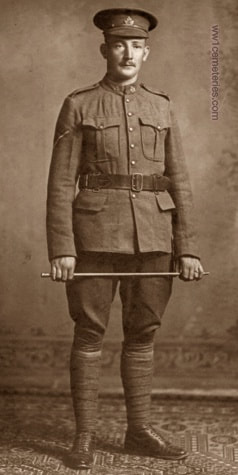 His headstone bears the inscription; "At Rest But Not Forgotten By Mother." 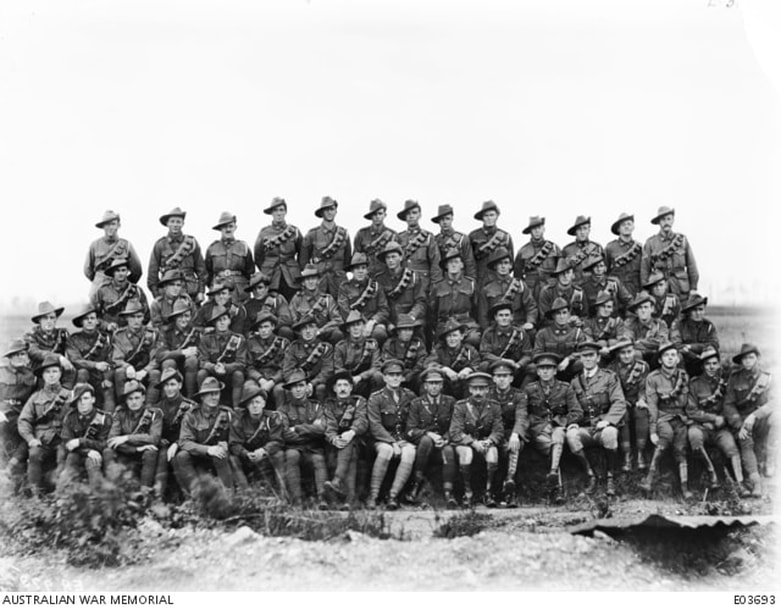 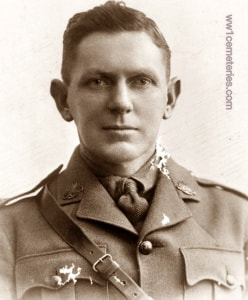 His headstone bears the inscription; "To Live In The Hearts Of Those We Leave Behind Is Not To Die."

371 Private, F. Findlay witnessed Roland Shelley's death; "On July 4th, we'd just attacked at midday at Villers-Bretonneux. An officer, Mr Kershaw, got wounded and taken to a D/S (Dressing Station), Mr Shelley came and relieved him. As he was taking over, a sniper got him in the head killing him outright."

Roland was taken back for burial in the Communal Cemetery Extension at Blangy-Tronville, his grave being concentrated into Longueau British Cemetery after the war. 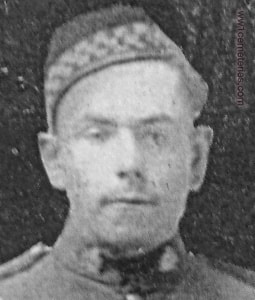 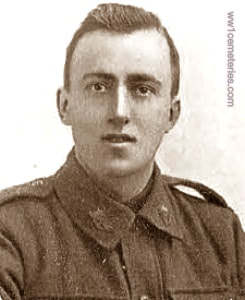 His headstone bears the inscription; "Though Lost To Sight, To Memory Ever Dear." 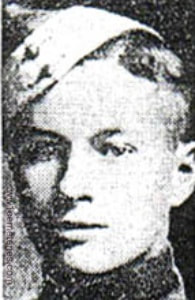 His headstone bears the inscription; "God Shall Wipe Away All Tears From Our Eyes." (Biblical, slight variation on Revelation 21:4, replacing 'their' with 'our'.
​