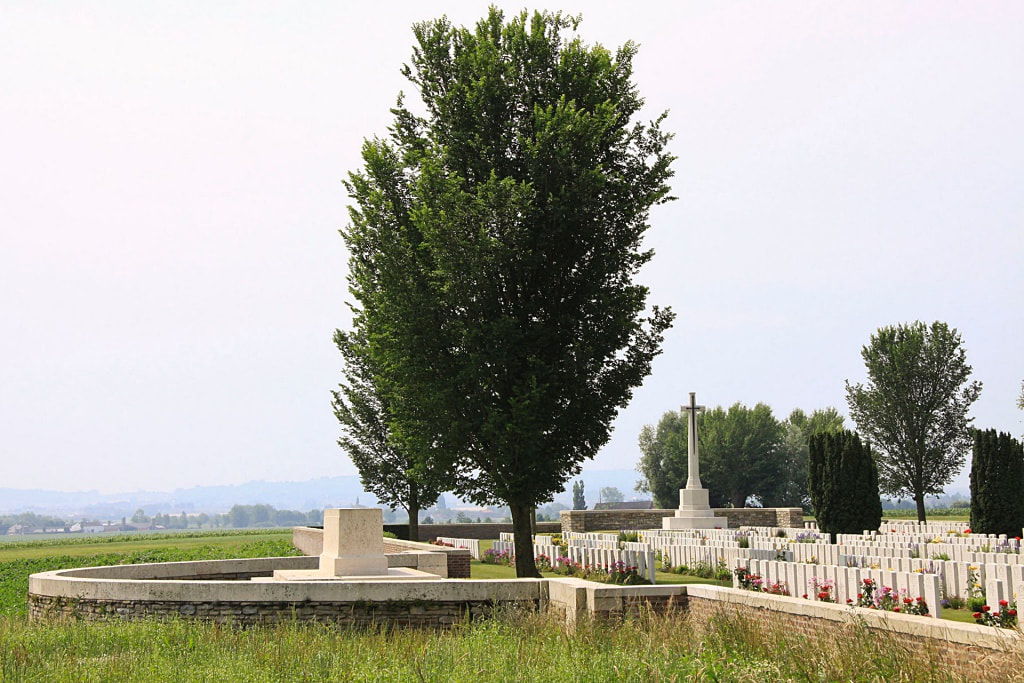 Nine Elms British Cemetery is located west of Poperinge on the Helleketelweg, a road leading from the N33 Poperinge ring road.

The cemetery was begun and used by the 3rd Australian and 44th Casualty Clearing Stations when they moved to Poperinghe (now Poperinge), from Brandhoek and Lijssenthoek respectively, in September 1917. Nearly all the burials in Plots I to IX came from these Casualty Clearing Stations, whilst they operated in this area during the 1917 Battle of Ypres, up until December 1917.

Plots X, XI, XIII, XIV and XV cover the dates between the beginning of March, 1918 and the 12th October, 1918, the period of the German offensive in Flanders, the British counter attacks and the final advance of August-September. The burials in these cases were carried out almost entirely by fighting units.

The cemetery contains 1,556 Commonwealth burials of the First World War and 37 German war graves from this period. There are also 22 Second World War burials in the cemetery, all dating from the Allied retreat to Dunkirk in 1940.

Submitted by his great-granddaughter, Patricia Tennent 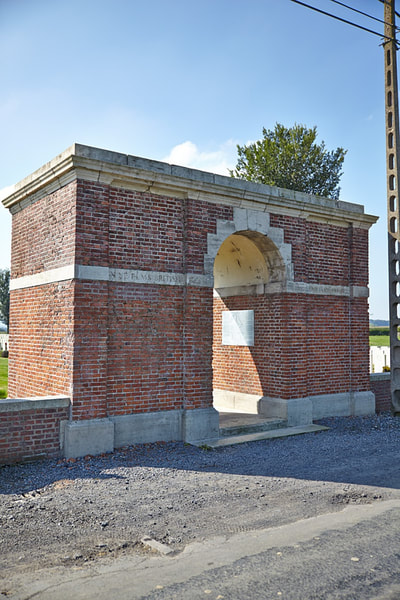 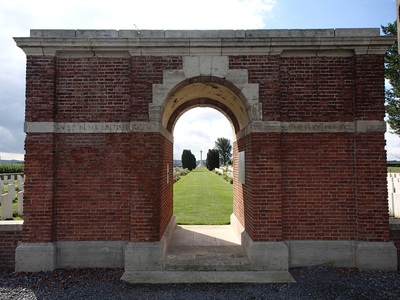 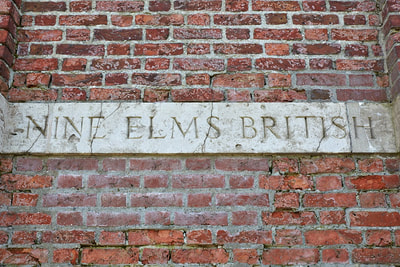 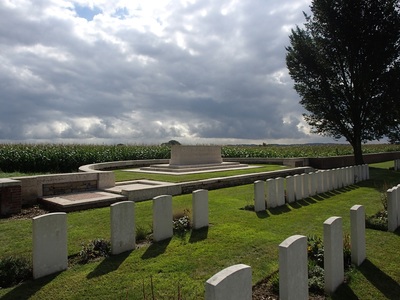 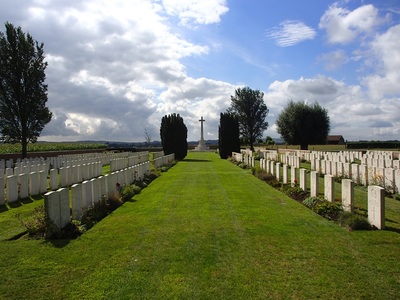 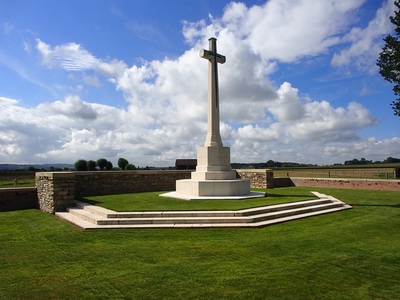 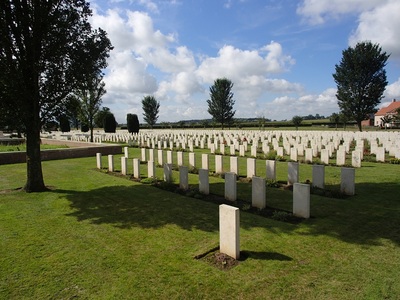 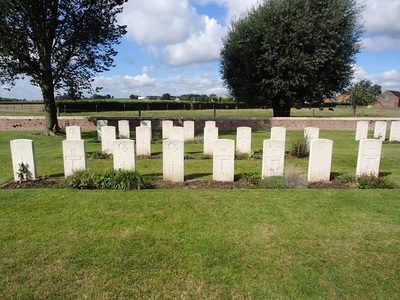 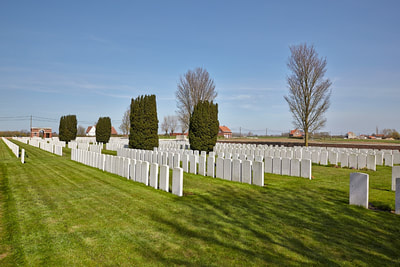 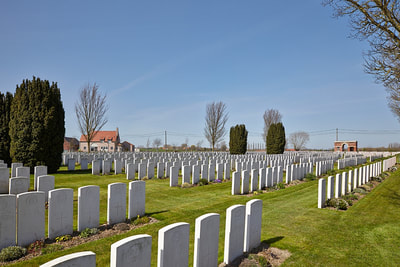 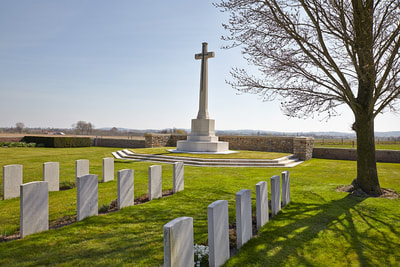 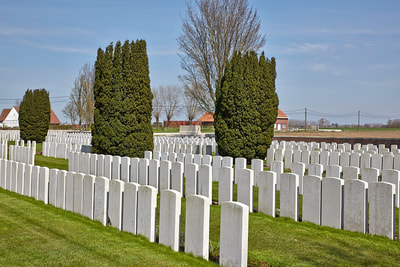 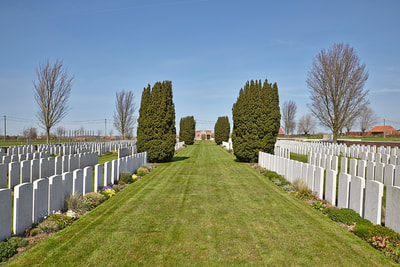 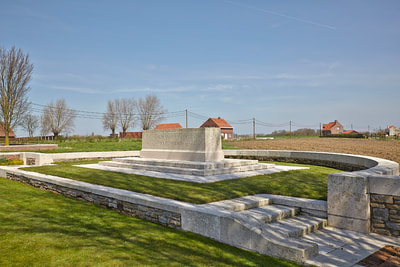 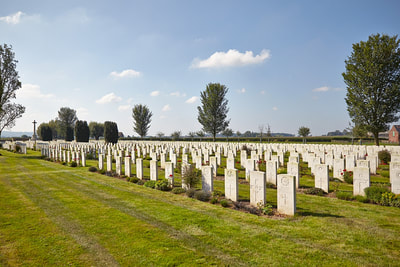 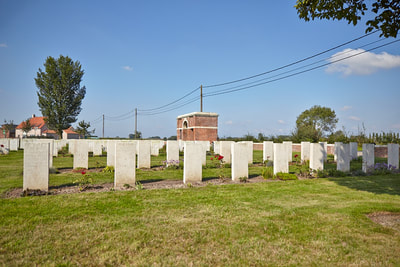 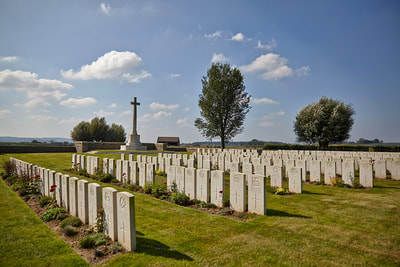 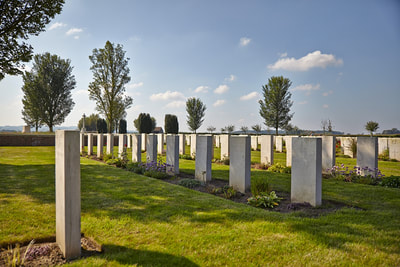 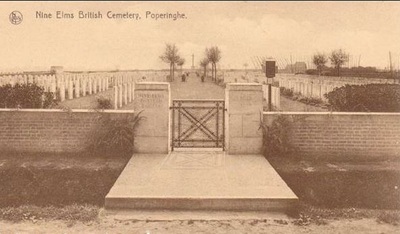 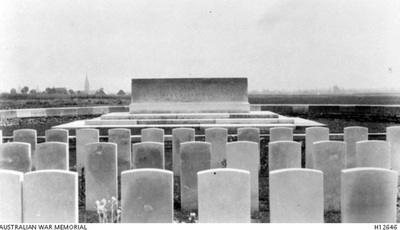 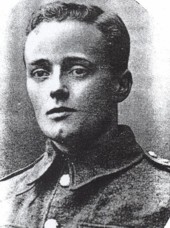 Son of Joseph and Elizabeth Brookes, of Enfield, Middx. 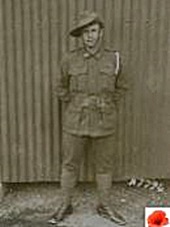 Son of Elizabeth and the late Henry Gale, of Yacka, South Australia.
His brother Samuel also died and is buried at Kandahar Farm Cemetery 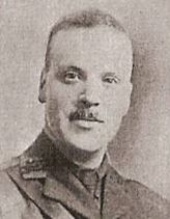 Son of Robert J. and Mary Robinson, of the Avenue, Scholes, Leeds. 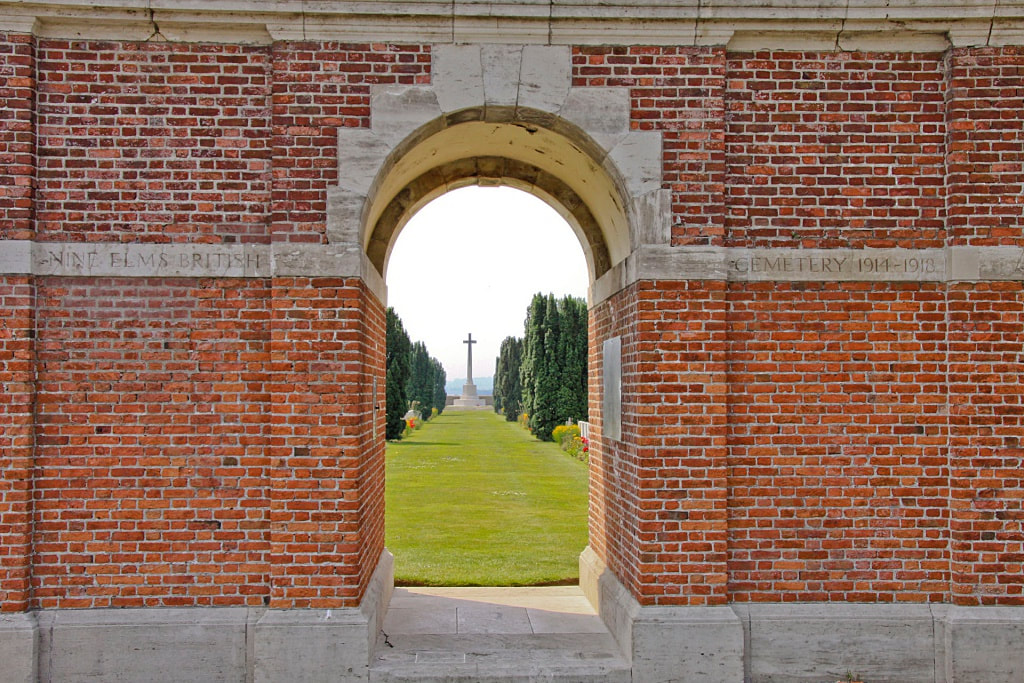 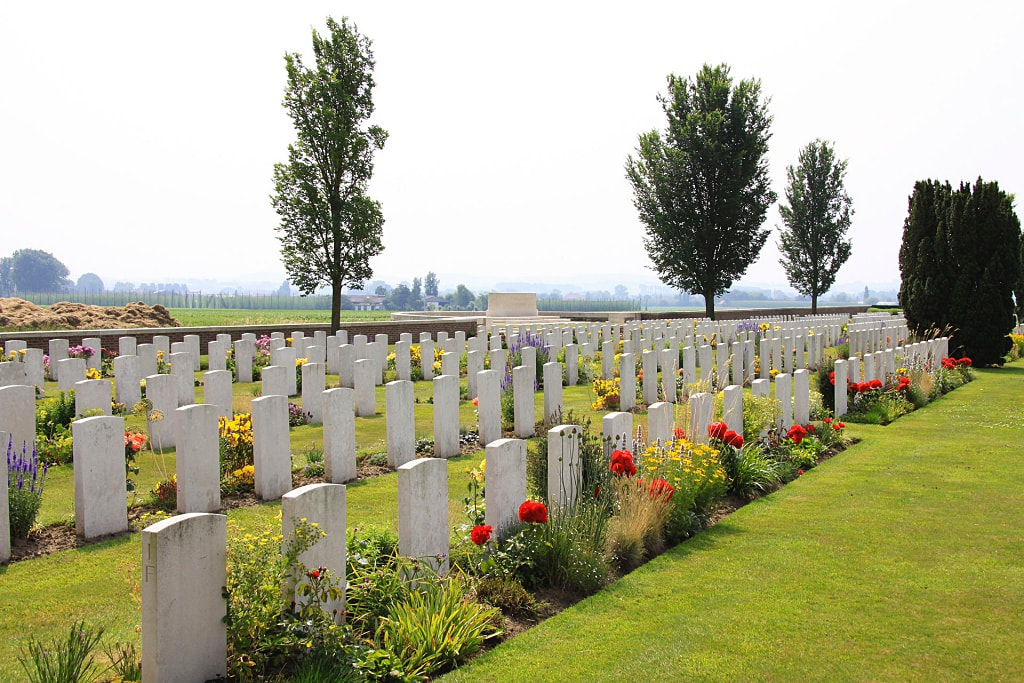 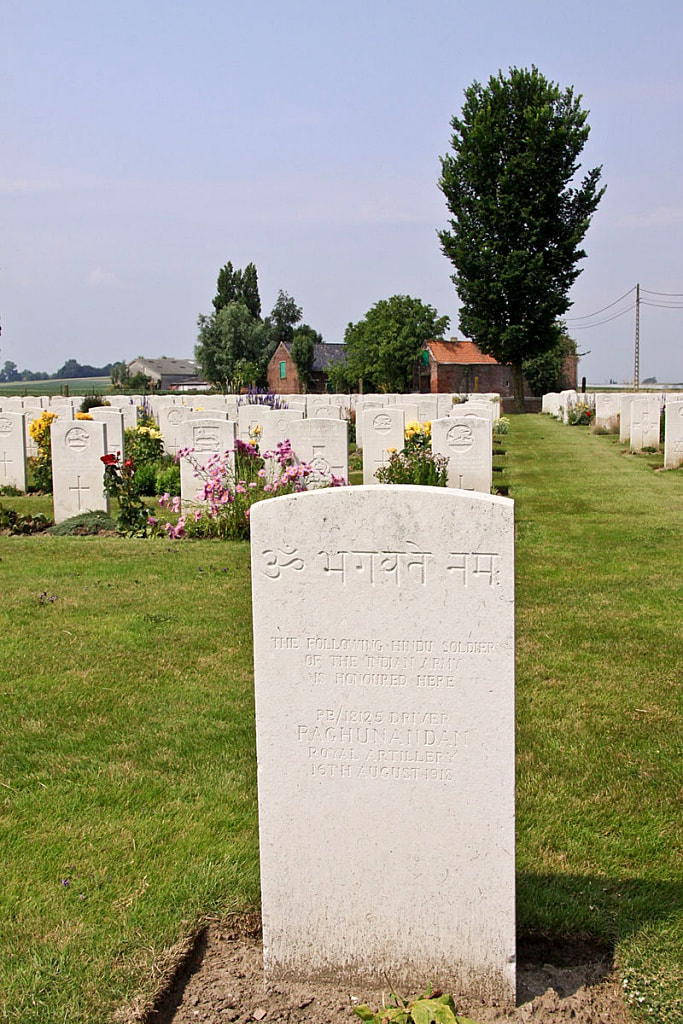 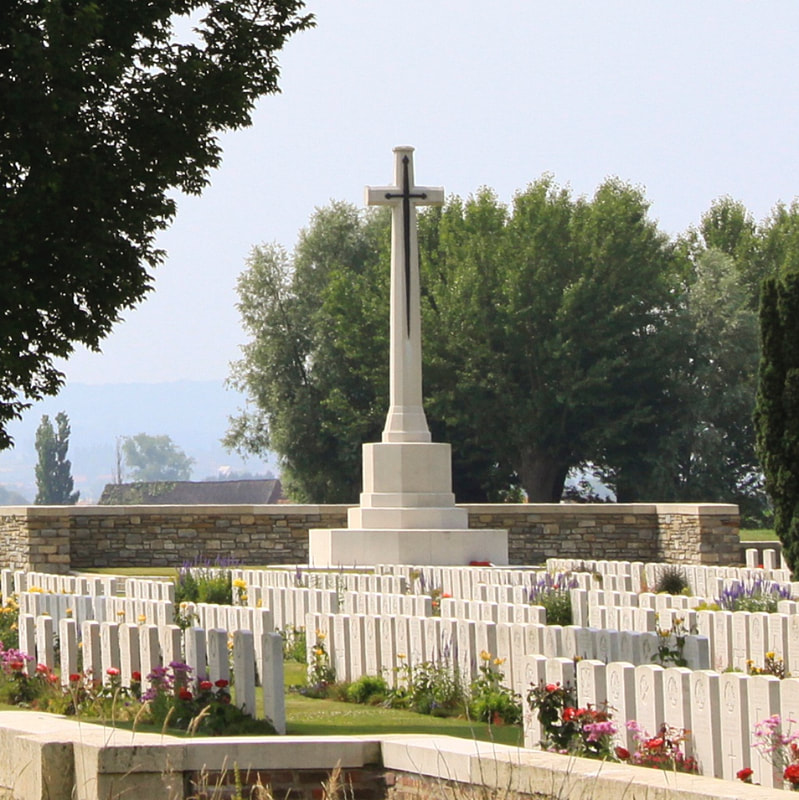 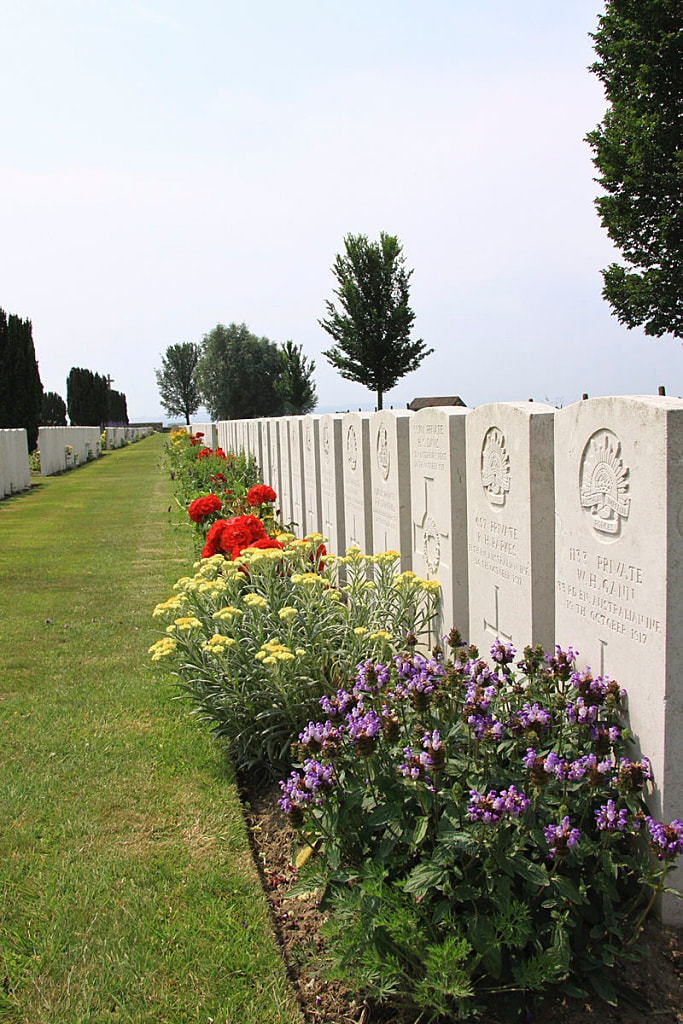 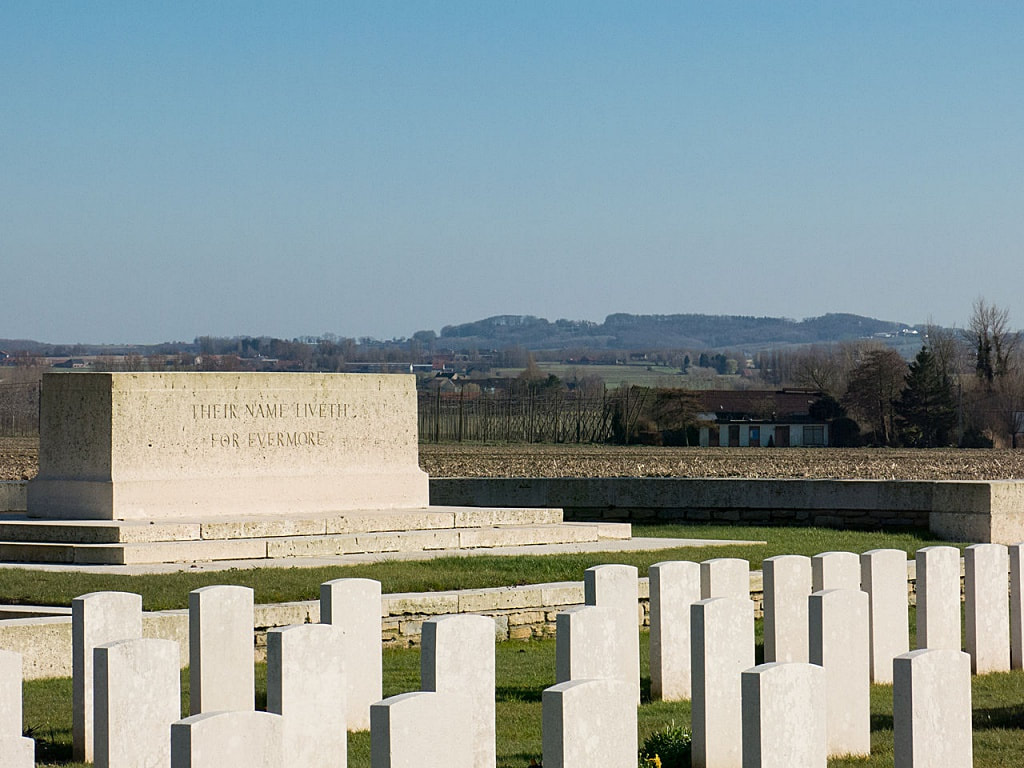 11682 Private Joseph Nisbet, 1st Bn. Leicestershire Regiment, executed for desertion, 23rd August 1918. Plot XV. C. 21. During 4 years’ service, he was convicted of violence, &  also of disobedience, for which he was sentenced to death. In the summer of 1918, he reported sick when his battalion was warned for the front line, but he failed to attend the next sick parade, & absconded, being arrested — without his equipment — at Calais 3 days later. (Putkowski, p 255)