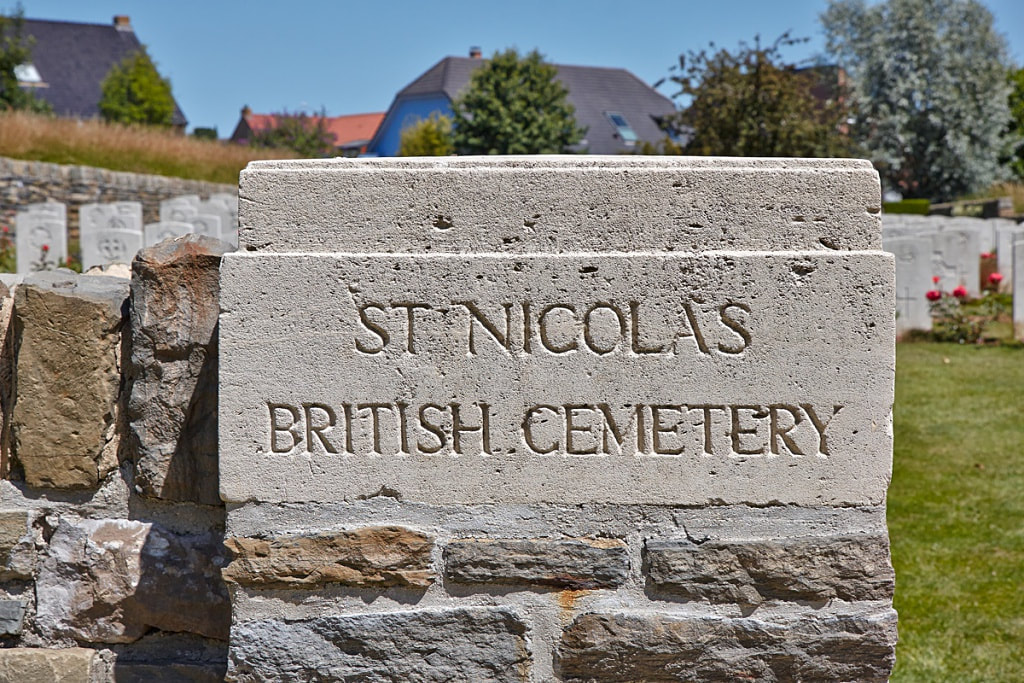 St. Nicolas British Cemetery lies along a footpath to the south of the Rue D'Enfer, which joins the road to Roclincourt.

From March 1916 to the Armistice, the village of St. Nicolas was occupied by Commonwealth forces and for much of that time it was within the range of German artillery fire. The cemetery was started in March 1917 and used by the divisions and field ambulances stationed there until October 1918. 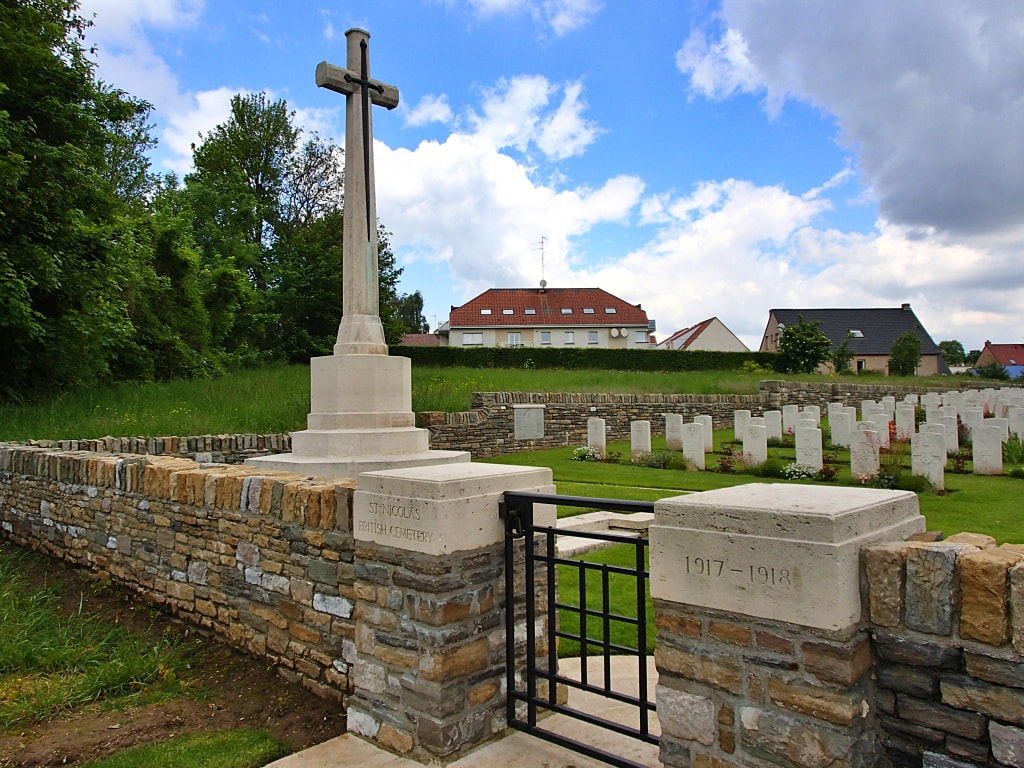 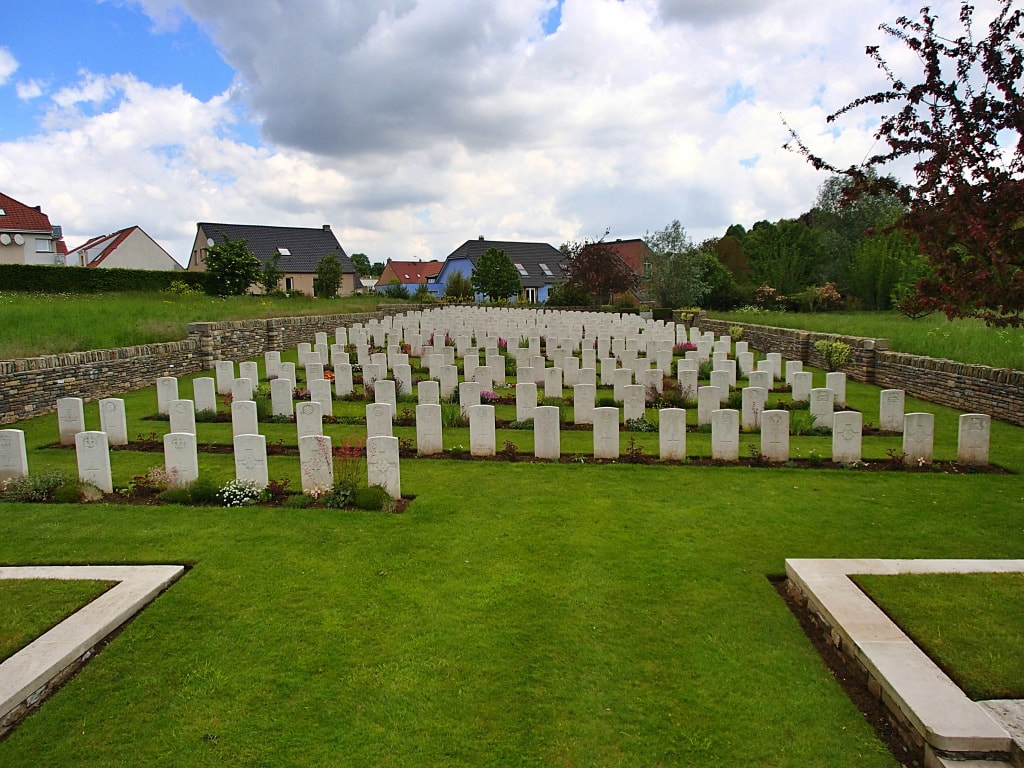 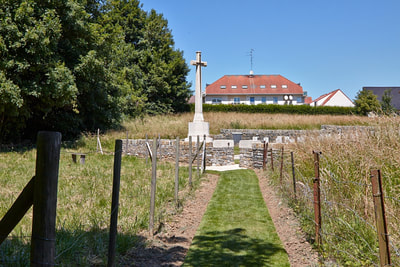 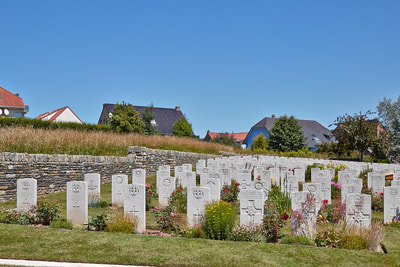 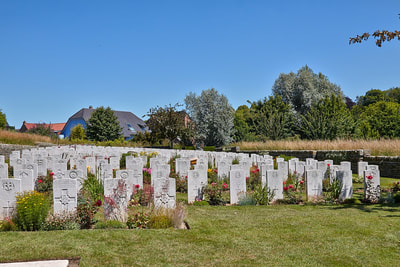 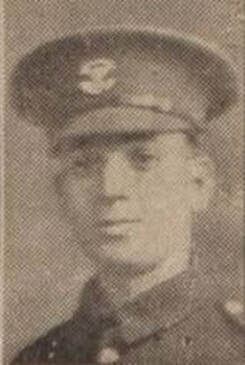 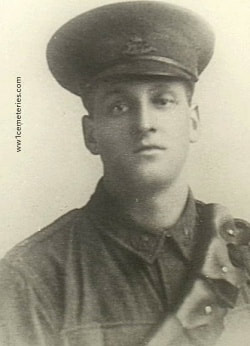 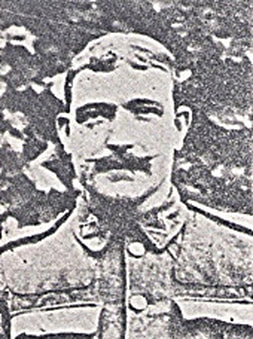 Torquil was the youngest son of my great-grandparents. His brother, my grandfather, Donald Macleod, served in the RNVR on HMS Pembroke, and had died in January 1917. 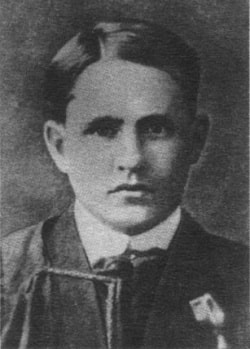 Son of Angus and Sarah MacDonald.

His headstone bears the inscription "Beloved Son Of Angus And Sarah MacDonald, Truro, N. S. May His Soul Rest In Peace"

He volunteered in March 1915, arrived in France in March 1916, was wounded on the Somme, invalided home & rejoined his battalion in March 1917.

On the 28 July 1917, when in the trenches E of Ypres, Adamson was warned for a bombing raid, but complained that he could not take part because of a sore knee.  He was warned of the penalty for such a refusal, to which he replied that he would be willing to take his punishment if he got justice. After the raid, it appeared that Adamson had never left the trench: he said that he had been too frightened to go over.

At trial, the MO said that Adamson had not gone sick on July 28 or 29, but had so reported on July 30, & was found to have nothing wrong with his knees, though Adamson had complained of bleeding piles & back pains.

In his defence, Adamson said that on the night of 23-24 July he had torn his knees on barbed wire (this was a kilted regiment), had gone into the line & reported sick the next day. On the 26 July he had been excused duty in a carrying-party because of his knees.

As to his record, he had committed several offences when in the UK in Dec 1915; had broken out of barracks when warned for his draft; had misbehaved while still at Invergordon before he went to France; likewise in August 1916 before he was wounded  & sent back to the UK — where further offences were committed, including being absent for 4 days from New Year’s Eve 1916.

He was the last man to be shot by the British Army for cowardice in the face of the enemy. (Corns, pp 208-211; Putkowski, p 221, for an eye-witness account of his execution)

A French-Canadian serving with a Scottish regiment, he had enlisted early & was posted to the Western Front in late 1915.  Dalande served with distinction & credit for about a year, but in early 1917 went absent without leave — which resulted in a 3-year sentence.  However he was soon after invalided with shell-shock — & after 2 months’ treatment, returned to his battalion.  But he again went absent, compounding his crime by escaping from arrest.  Dalande was finally detained in Jan 1918, having discarded his uniform.  The priest who attended him before execution reported that Dalande spoke of profound unhappiness, & that he had desired to join the French army, where he would have felt more at home (English was only his second language).  (Putkowski,pp.238-239)

These 2 volunteers above were executed on the same day, but no detail of their offences is available.
(Putkowski,pp,204-205)
​
Pictures below © Geerhard Joos 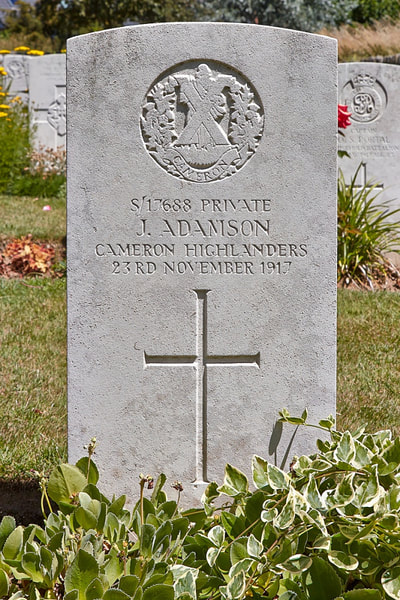 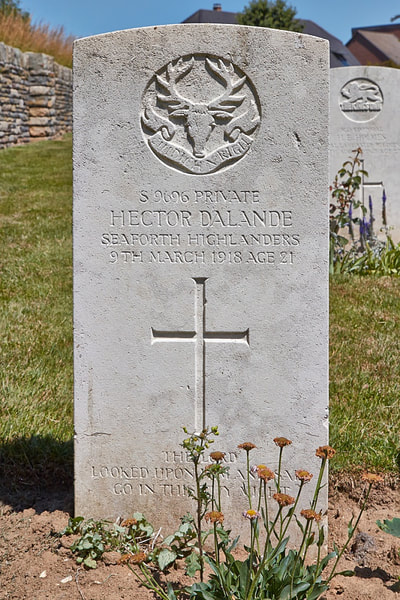 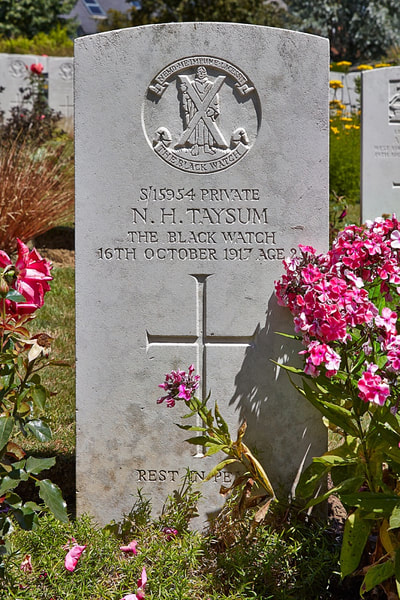 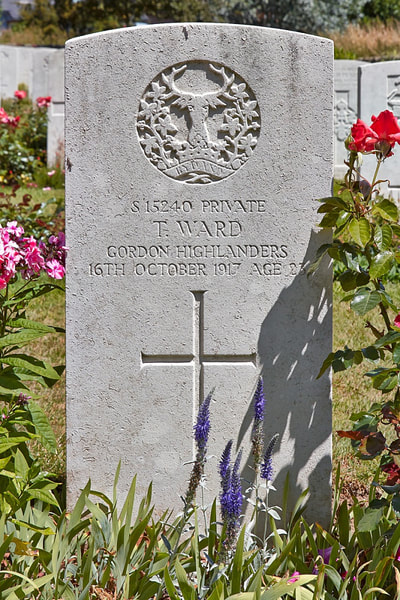