Private 18834 Arthur George Stallard, 15th Battalion Hampshire Regiment, 27th September 1916 Age 17.
​
Arthur was badly wounded at the Battle for Flers sometime on or after 15th September 1916. He was transported to one of the stationary hospitals in Rouen, where sadly he died of his wounds on Wednesday 27th September 1916, a week away from his 18th Birthday on the 5th October. 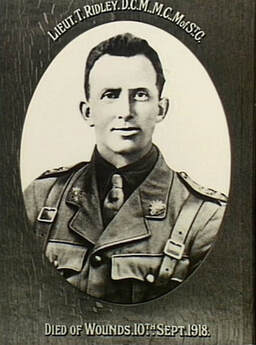 c. 1917. A portrait of Lieutenant Thomas Ridley DCM, MC, Medal of St George 4th Class (Russia). Lieutenant won his Distinguished Conduct Medal for "conspicuous gallantry during operations" in Pozieres, France, on 1916-08-10 (from AWM 28, WW1 Honours and Awards). The Military Cross was awarded for "a display of fine leadership and bravery" in an attack near Morlancourt, France, on 1918-05-14 (from AWM28, Honours and Awards). Lieutenant Ridley was also awarded the Russian Medal of St. George (4th Class) for his actions at Pozieres, France, on 1916-08-22. Lieutenant Ridley died of wounds on 1918-09-10 and is buried in the St. Sever Cemetery, Rouen, France. (Donor, Abermain Sub-Branch Returned and Services League) 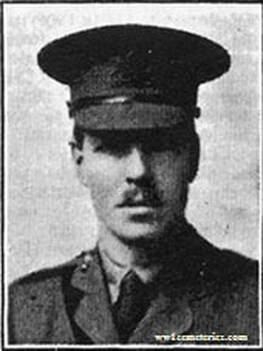 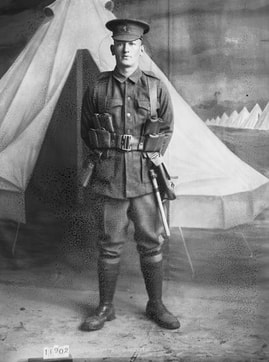 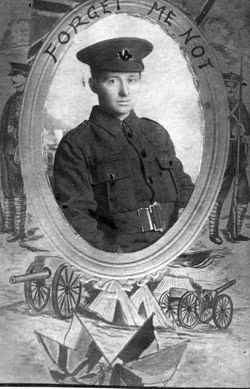 
Alfred died on 20th April 1918, aged 31 and is buried in the Strand Military Cemetery in Belgium.

Frederick George died on 19th July 1916, aged 30 and commemorated on the ﻿Thiepval Memorial﻿ in France. 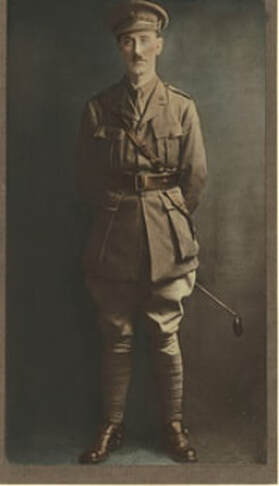 Inscription "Died As He Lived A Brave And Noble Man"

Studio portrait of 6416 Second Lieutenant Phillip John Rupert (Rupert) Steele, 4th Field Artillery Brigade (FAB) of Kew, Victoria. The son of Philip John Bickett Steele and Johanna Albertina nee Ekman, Lt Steele died aged 27 on 8 January 1917 of wounds sustained in France on 15 November the previous year. He is buried in St Sever Cemetery Rouen. His elder brother, Captain Frederick Wilberforce Alexander (Fred) Steele, 4th Battalion Royal Fusiliers was killed at the First Ypres Battle on 29 October, 1914 and has no known grave. He is commemorated on the Le Touret Memorial. Another brother, 2nd Lt Norman Leslie Steele, Australian Flying Corps (AFC), died while a prisoner of war in Hareira, Palestine on 20 April, 1917 of wounds sustained after his machine crashed behind Turkish lines and is commemorated on the Jerusalem Memorial. A third brother, Sgt Henry Cyril Augustus (Cyril) Steele, 4th FAB, had been discharged for urgent family reasons after the death of his brothers Fred and Phillip (Rupert) and was on his way home from England at the time Norman was killed. 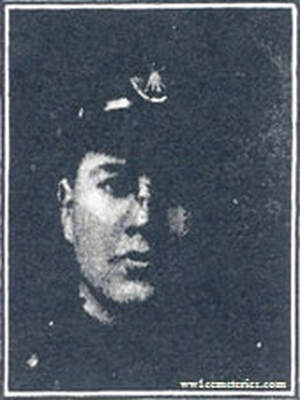 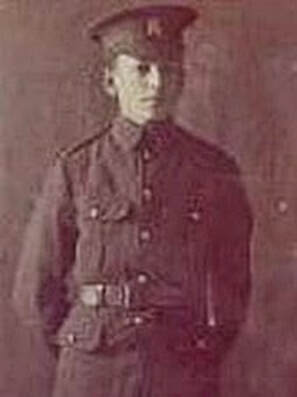 Son of the Rev. Frank Thompson and Florence Thompson, of "Danefield," 50, Pollard Lane, Bradford. Also served in Egypt and Palestine. 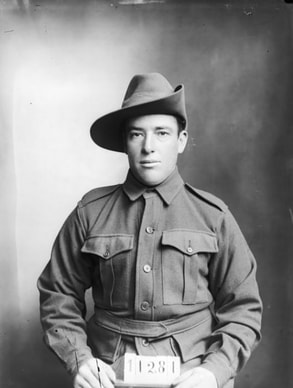 Studio portrait of 3509 Private (Pte) Albert Thorburn, 11th Reinforcements, 14th Battalion, of East Brunswick, Vic. Pte Thorburn enlisted on 13 July 1915 and embarked from Melbourne aboard HMAT Nestor on 11 October 1915. He was died of wounds on 2 September 1916 at the Somme, France, whilst serving with the 46th Battalion. 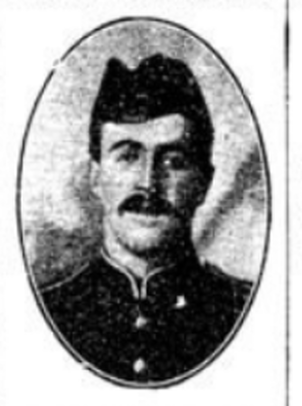 Inscription "Ever Remembered And Sadly Missed Inserted By Mother And Family"

John was wounded at the Battle of Loos 25th September 1915.

We never knew you but you gave your life for future generations.
With deepest respect, from your great niece Sheila McNaught. 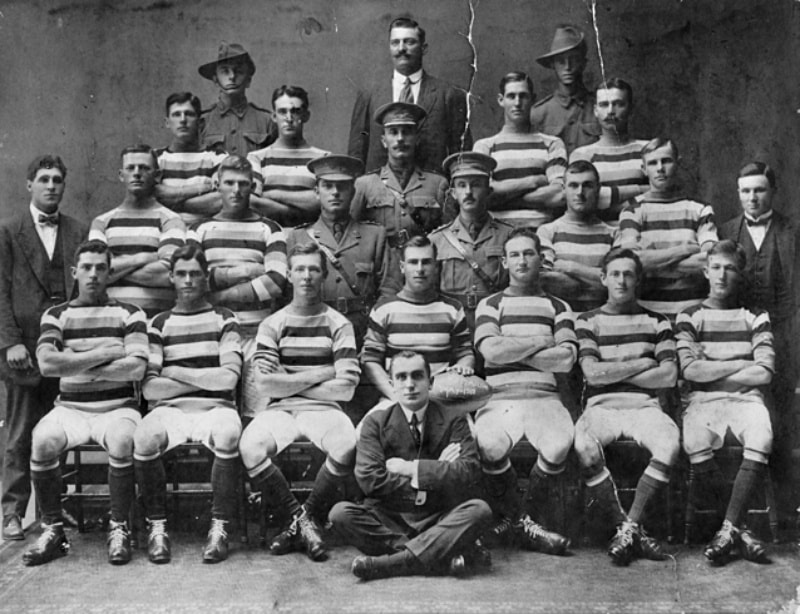 Studio portrait of the 25th Battalion Expeditionary Force football team, on the occasion of the game "Soldiers versus Woolloongabba" in aid of the Belgian Fund. Soldiers won 6-3. 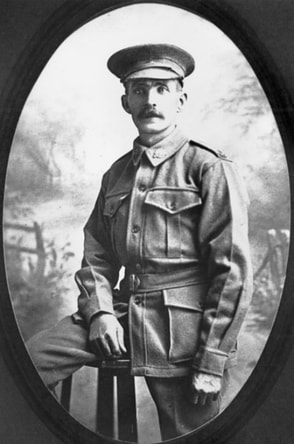 Studio portrait of 4599 Private (Pte) Arthur Windover, 10th Battalion. A carpenter from Black Forest, South Australia, prior to enlistment, he embarked with the 14th reinforcements from Adelaide on 7 February 1916 for Suez. On 20 May 1916 he was transferred to the 50th Battalion which relocated to the Western Front, France, three weeks later. He was wounded in action with a back injury on 15 August 1916 but was able to return to duty two days later. Pte Windover was wounded in action on a second occasion on 4 September 1916 during the Battle for Mouquet Farm and died of these wounds the following day at 1st Australian General Hospital, Rouen, France. 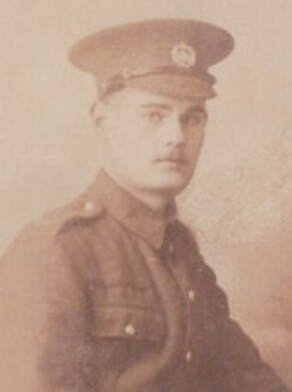 Arthur George William Wright (Pte 14592) was born on the 31st October 1895 at Hamlet House, Lower Pond Street, Wenden Lofts, near Elmdon, Essex. He was the son of Arthur Wright and Caroline Ann Baker. The family later moved to Clavering. Always known as George, he joined the 10th Battalion of the Essex Regiment in 1914, trained at the Hyderabad Barracks in Colchester and at Codford St Mary in Wiltshire. He arrived in France in July 1915. He served at the front at numerous locations on The Somme including the Wellington Redoubt, La Boiselle and Maricourt.
On 1st July 1916, George took part in the successful taking of Montauban. He could have been injured here, or possibly continued to fight at Delville Wood. He was withdrawn to Rouen where at Hospital No 9 he died of injuries on 19th September 1916. He is commemorated on the brass wall plaque on an interior wall in Clavering Church. 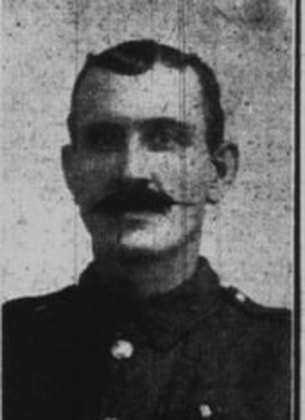