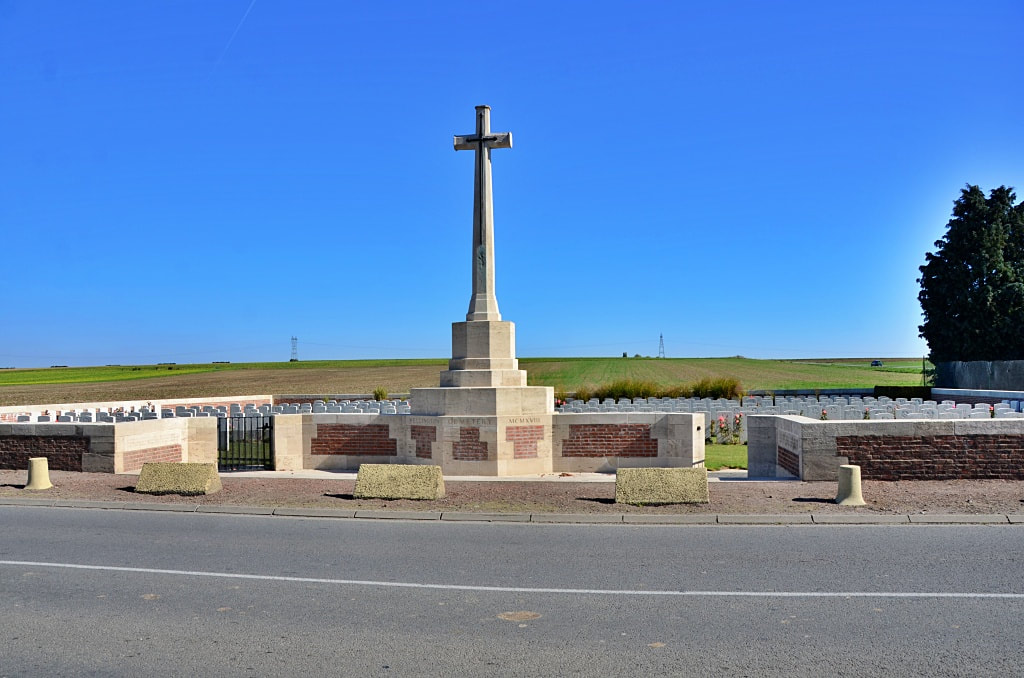 The village was captured in October 1918, in the Pursuit to the Selle, and the cemetery was made by battalions of the Duke of Wellington's Regiment immediately after. It was then increased by the concentration of graves from a wide area, mainly South of Rieux, including:-

VENDEGIES-SUR-ECAILLON GERMAN CEMETERY, which was a small cemetery at the crossing of the Chaussee Brunehaut and the Vendegies-Bermerain road. It contained the grave of one soldier from the United Kingdom who fell in October 1918.

In addition, the graves of three soldiers from the United Kingdom, who fell in October 1918, were removed from VERCHAIN-MAUGRE COMMUNAL CEMETERY to Wellington Cemetery.

There are 306, 1914-18 war casualties commemorated in this site. Of these, 81 are unidentified and special memorials are erected to 20 soldiers from the United Kingdom, known or believed to be buried among them. Another special memorial bears the name of a soldier from the United Kingdom, buried in Vendegies-sur-Ecaillon German Cemetery, whose grave could not be found.

The cemetery covers an area of 769 square metres and is enclosed by a low brick wall. 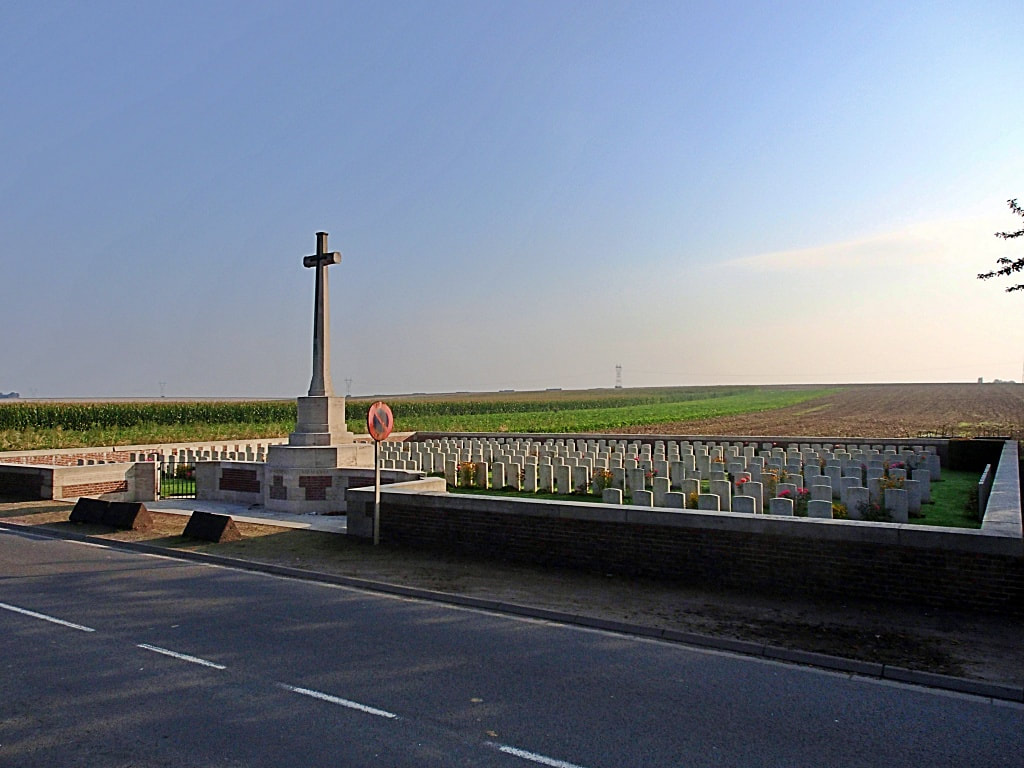 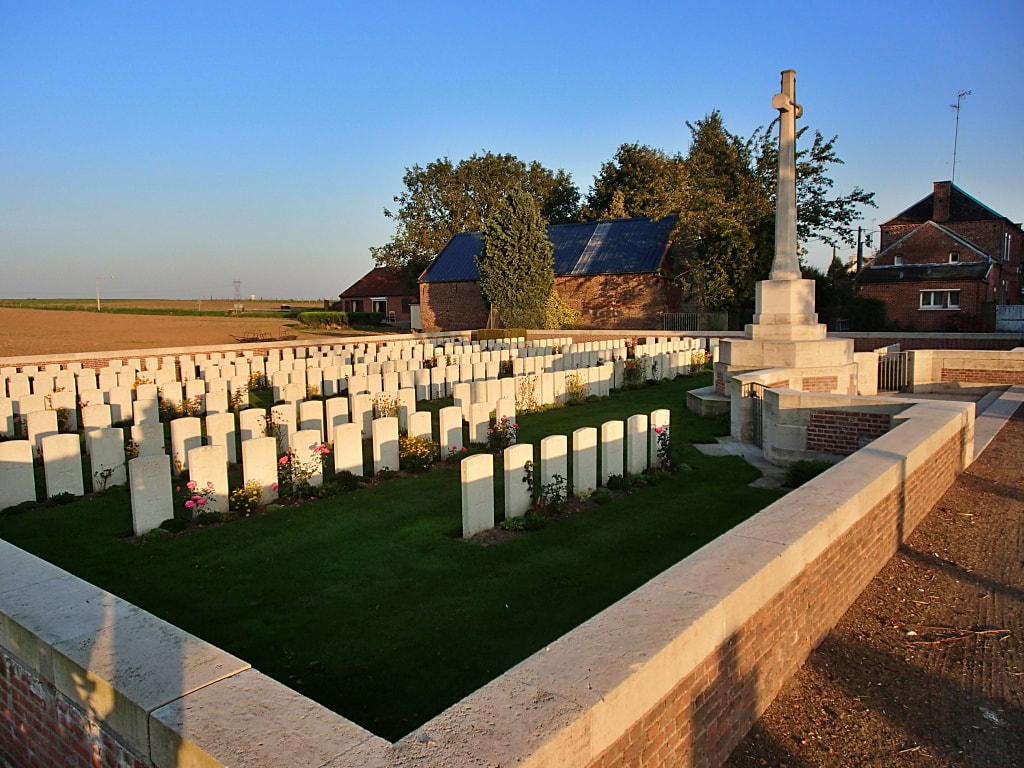 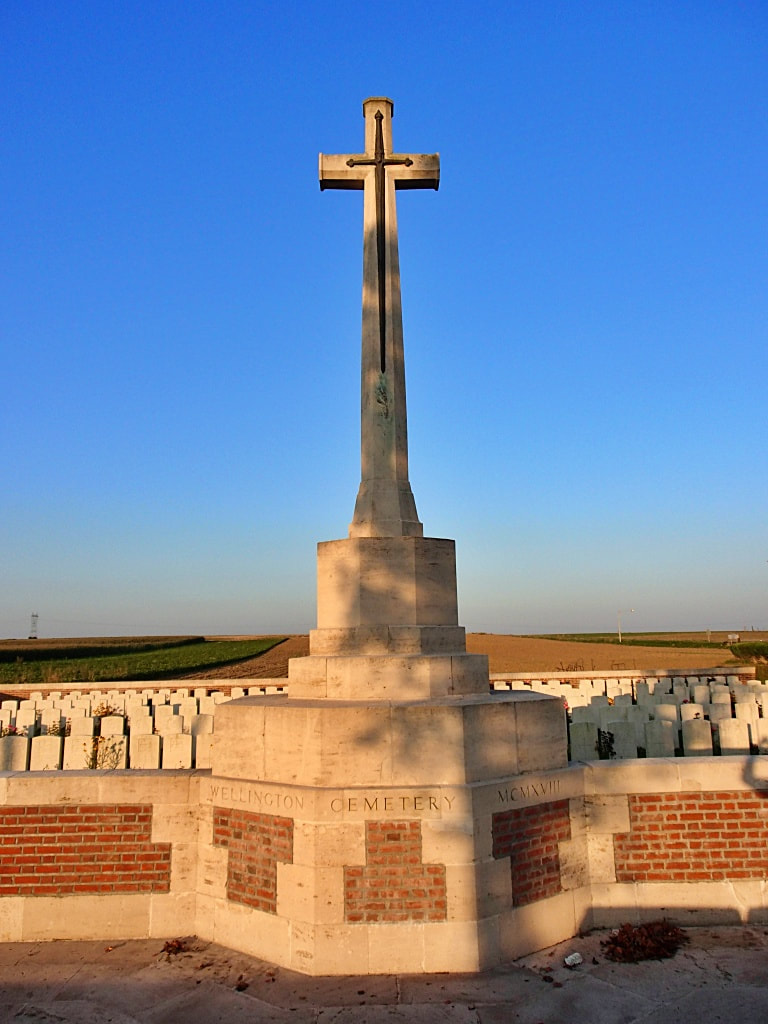 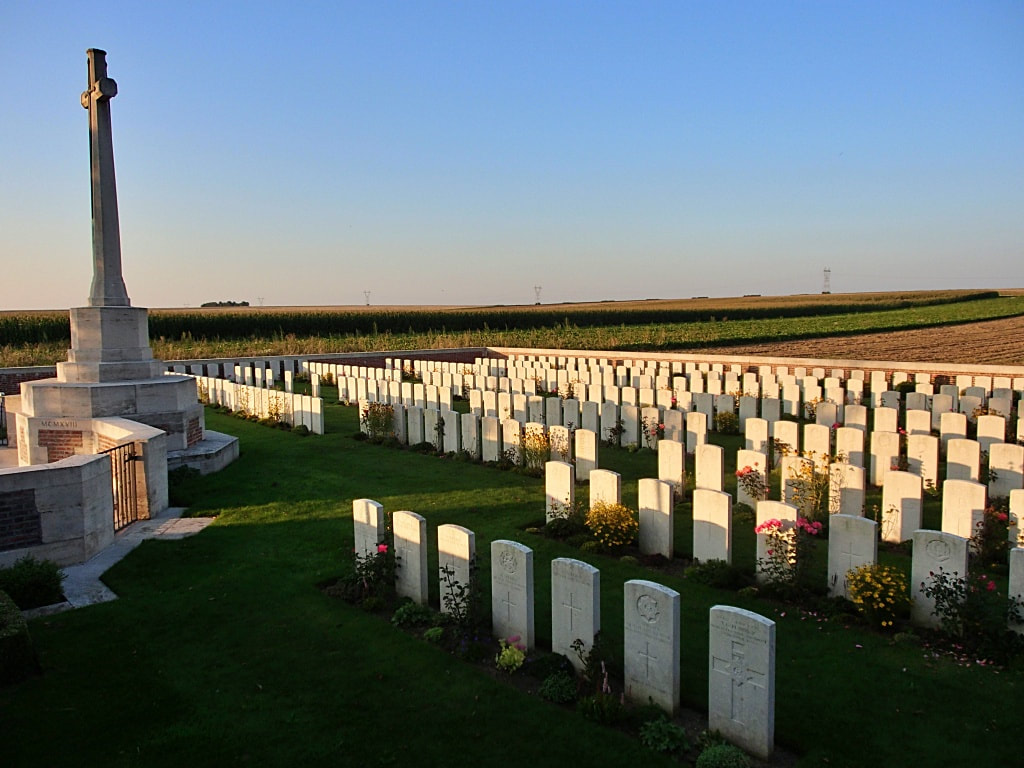 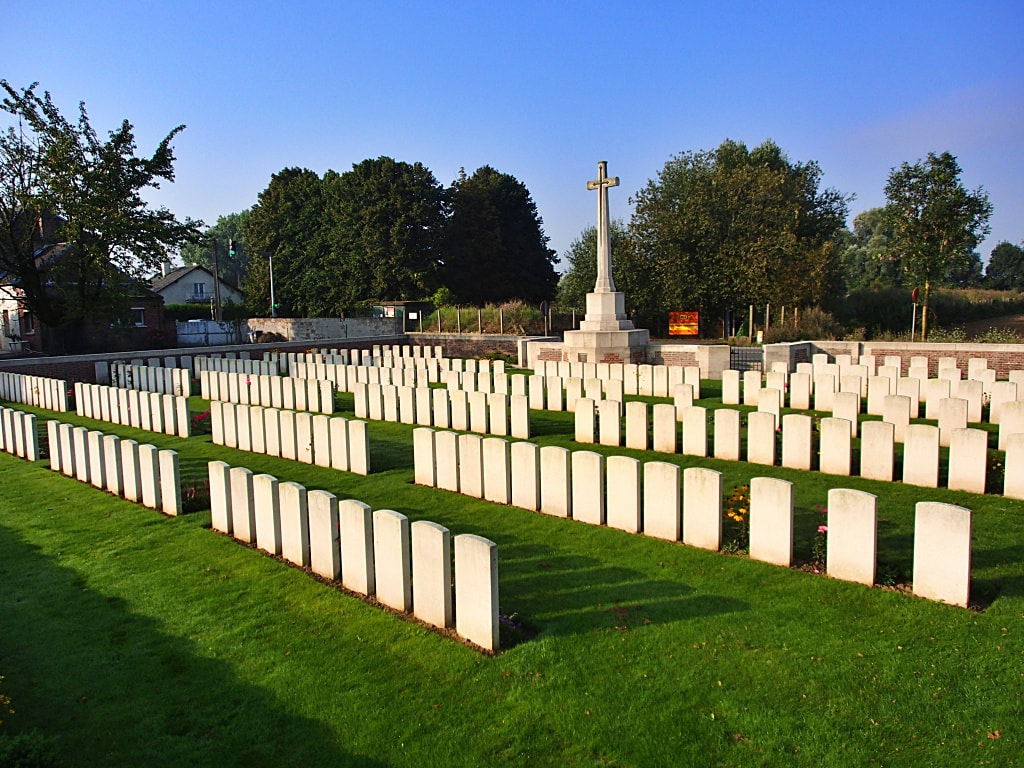 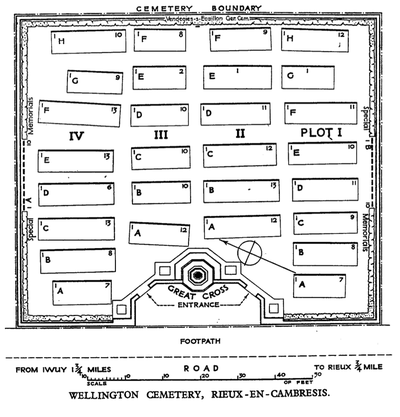 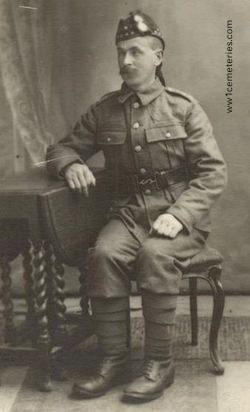 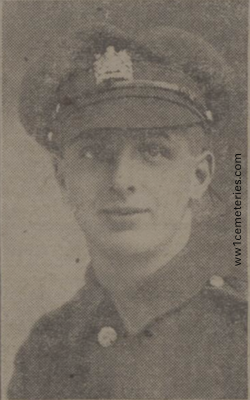 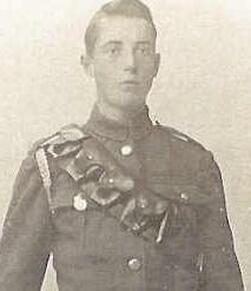 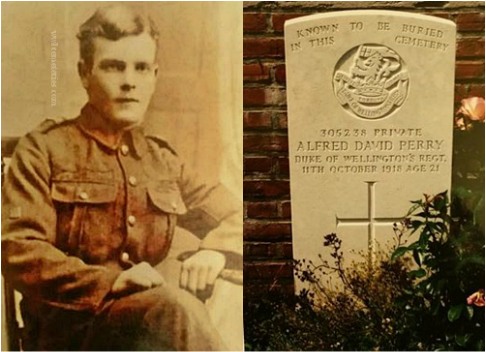 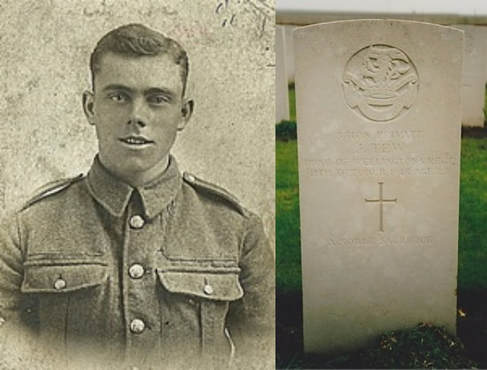 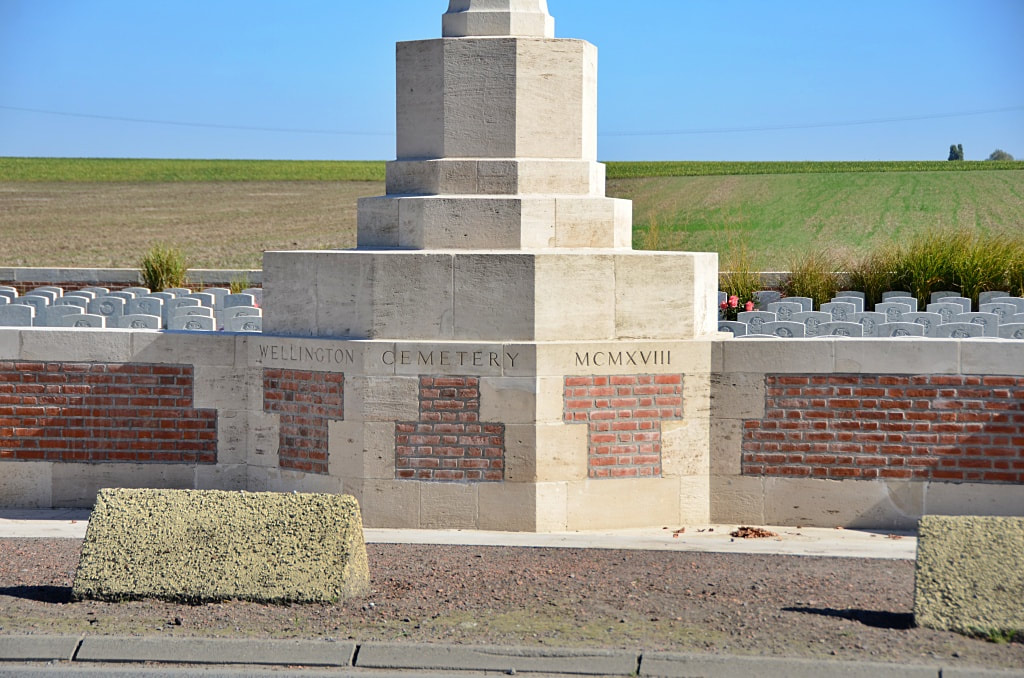 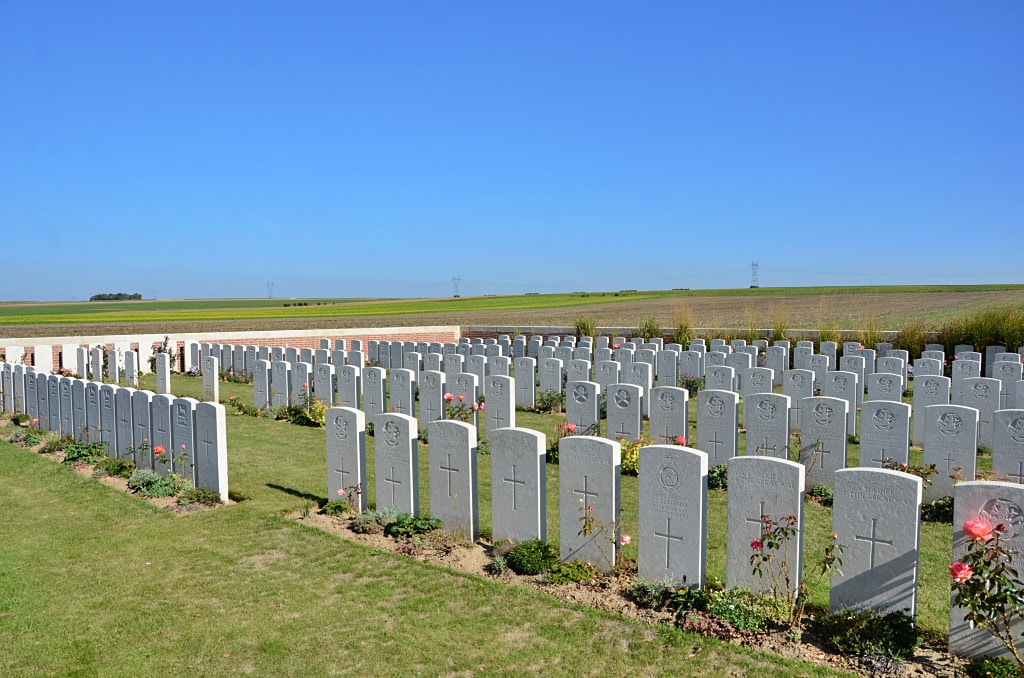 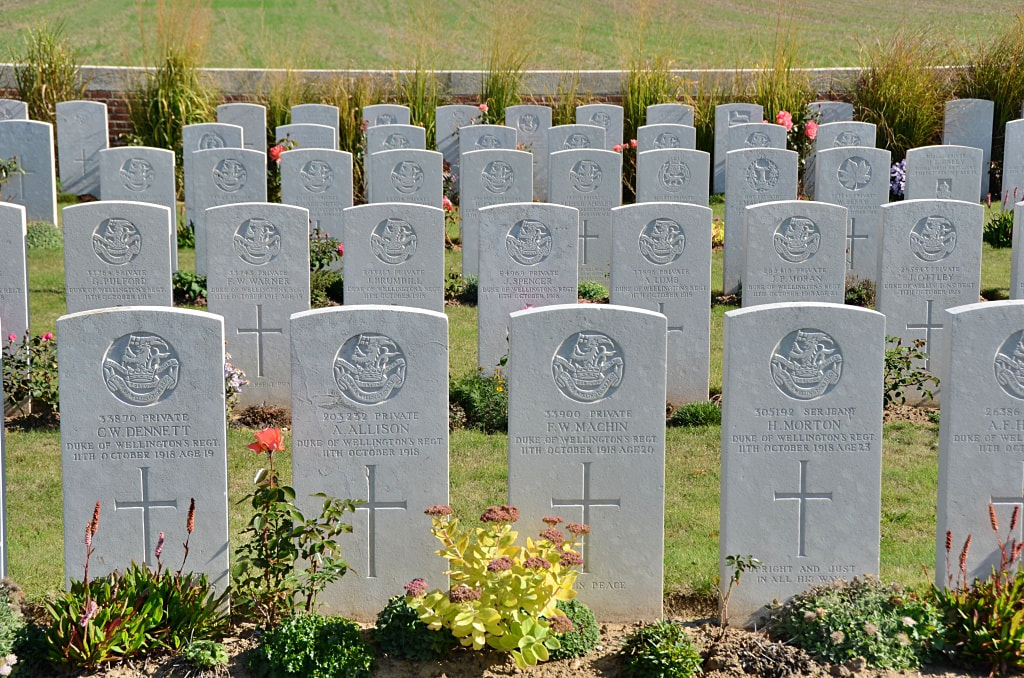 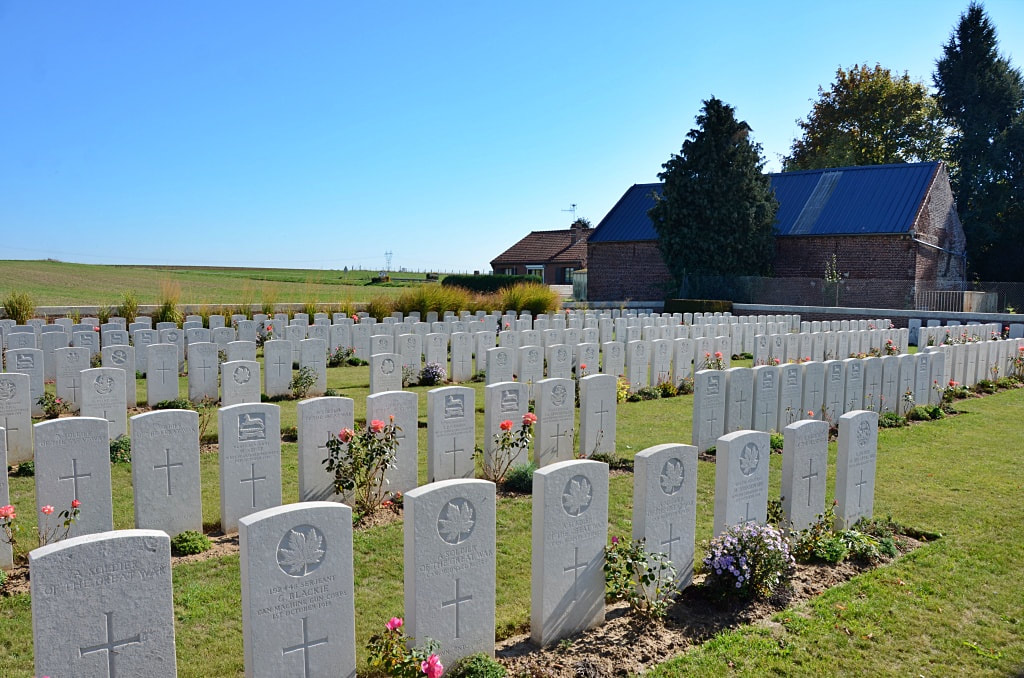 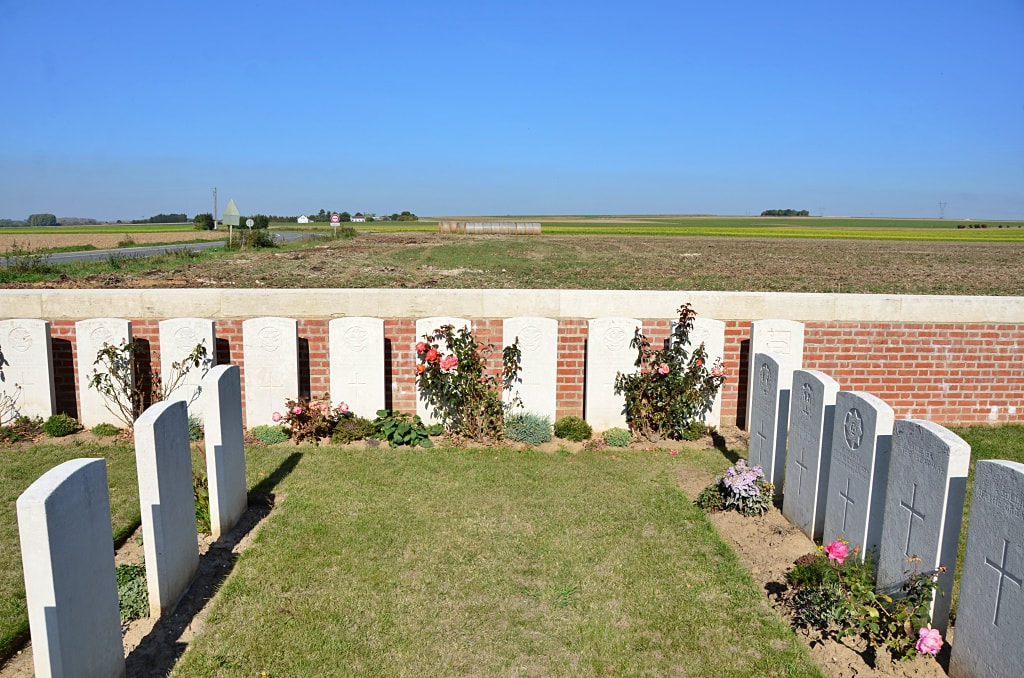 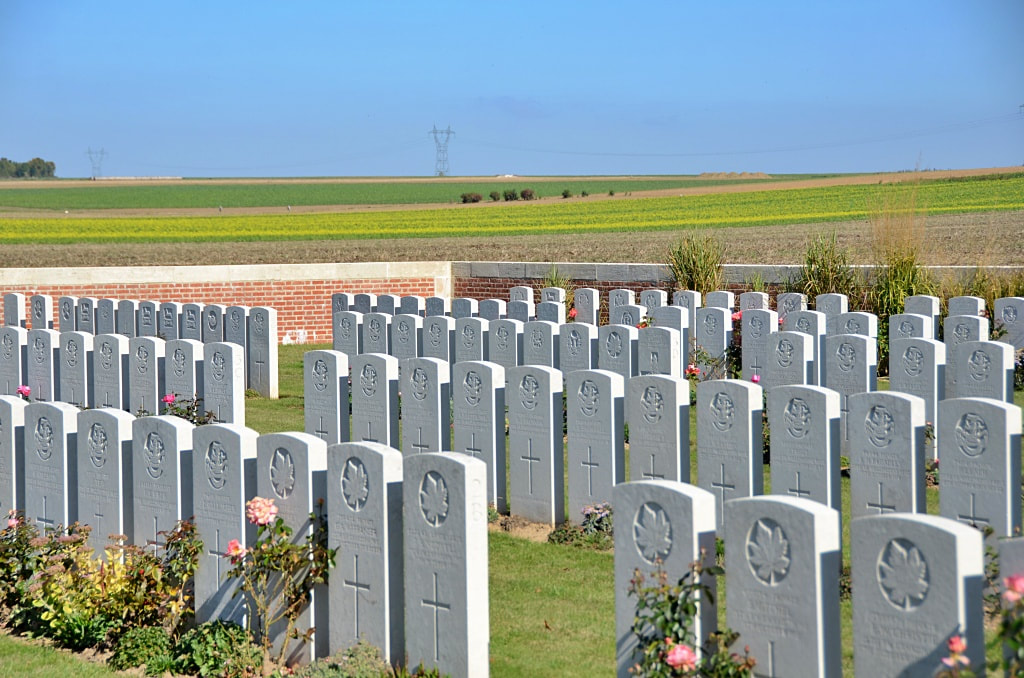