Cambrai is a town about 32 kilometres south-east of Arras on the main straight road to Le Cateau.

From the Cambrai inner ring road take the D942, Solesmes road, for approximately 1.5 kilometres to find the Cemetery on the right hand side of the road.

Cambrai was occupied by German forces on 26 August 1914 and it remained in German hands until 9 October 1918.

The 1917 Battle of Cambrai (20 November to 3 December) left the Allied line still eight kilometres from the city on the south-west side, and the German offensive of March 1918, drove it far to the west, but the 1918 Battle of Cambrai, the last of the Battles of the Hindenburg Line, delivered the city into the hands of Commonwealth forces, though it was very severely damaged and the main square was still burning two days after the fight. Two Casualty Clearing Stations were later posted to the town, 30 CCS in October 1918 and 22 CCS in November 1918.

Cambrai East Military Cemetery was made by the Germans during their occupation and laid out with the greatest care, with monuments erected in it to the French, Commonwealth and German dead. On 11 August 1918, as an inscription in the cemetery records, the Bavarian Commandant handed over to the city the care and maintenance of the cemetery.

The graves have now been regrouped. The Commonwealth Plots are numbered I to VI, in the south-east corner, and Plot VII, near the north side, on the left of the entrance. Plots I to IV were made by Commonwealth troops after the capture of Cambrai. Plots V and VI contain 69 graves brought from the battlefields east and south of the city, and Plot VII contains the graves of Commonwealth prisoners.

The cemetery now contains 501 Commonwealth burials and commemorations of the First World War. 28 of the graves are unidentified but special memorials are erected to seven soldiers kown to be buried among them. Another special memorial commemorates a soldier buried by the Germans in CAUROIR COMMUNAL CEMETERY, whose grave could not be found.

The Commonwealth plots were designed by Charles Holden and W. C. Von Berg, 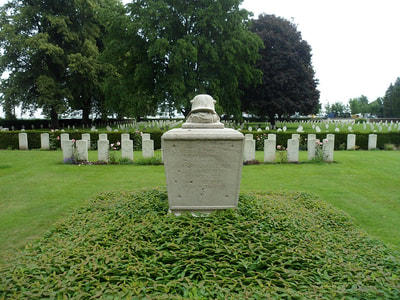 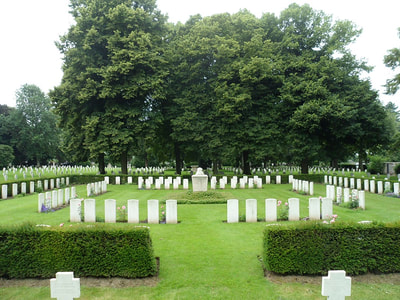 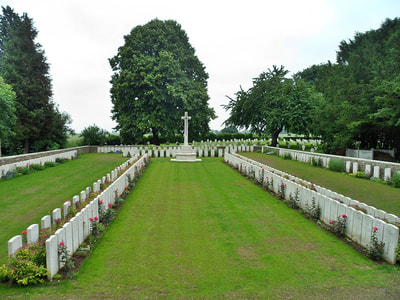 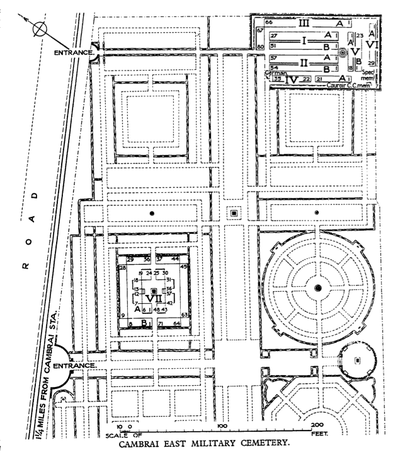 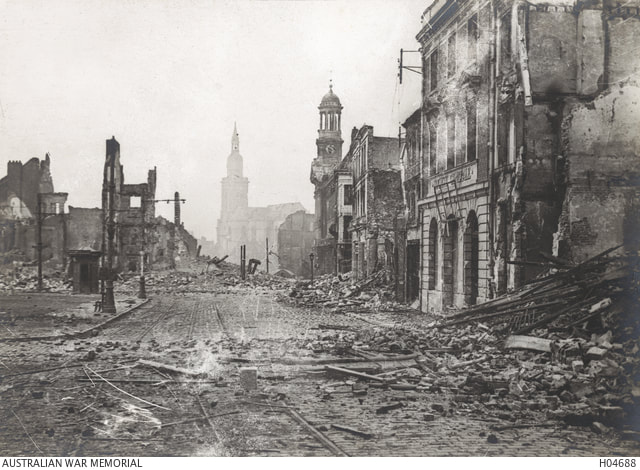 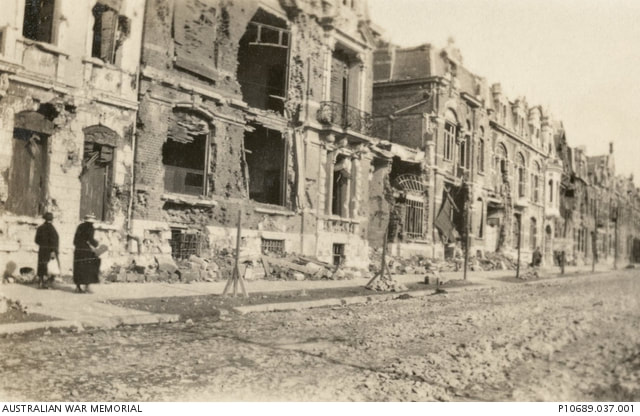 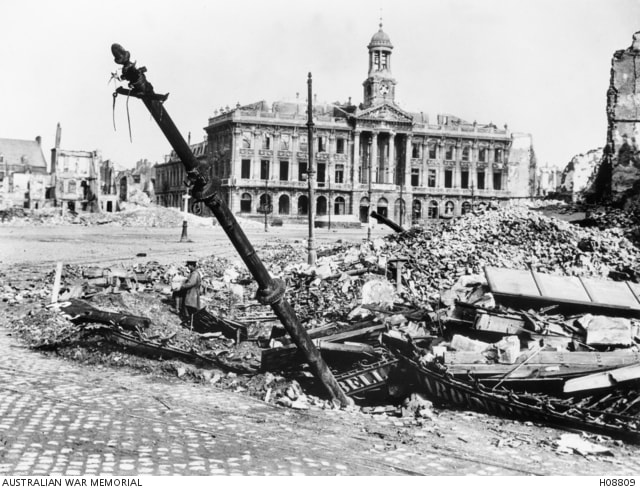 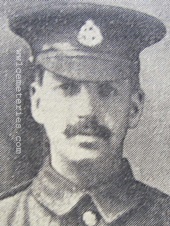 Son of Mr & Mrs Buck, 6 Back Halifax Road, Haggate, Burnley.
​
Harry was a part-time carter and also worked at Catlow Quarry. He was a widower and his death left his 11 year old daughter, Doris, an orphan. 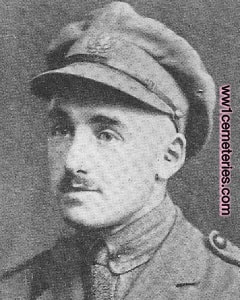 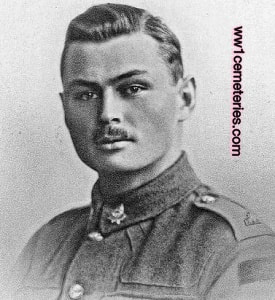 Son of William James and Josephine Hunter, of Brampton, Ontario. 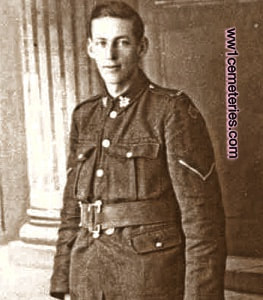 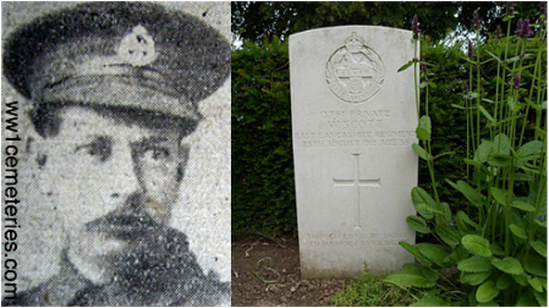 Newspaper reports give Walter's age at death as 40 and the CWGC lists it as 38, he was born in March 1879, so was actually 39. He was my 1st cousin, 3 times removed, the son of Frederick and Esther Scott originally of St. Clement, Truro, Cornwall but who moved to Burnley in the 1870's to find work. Walter and his wife, Elizabeth had 5 girls, Esther, Lily, Maria, Lizzie and Janet, they also had 2 children stillborn.
​
A member of the Militia, he volunteered on September 9th 1914. He had worked at the Burnley Brick & Lime Company prior to enlisting. 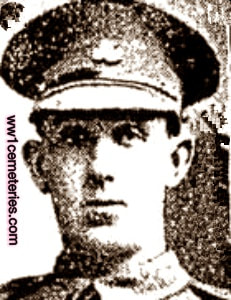 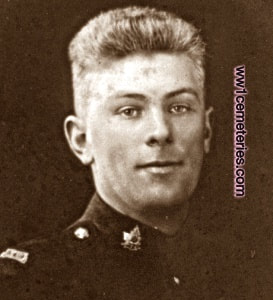 Son of Mr. and Mrs. Thomas A. Walker, of Bellamy, Ontario. 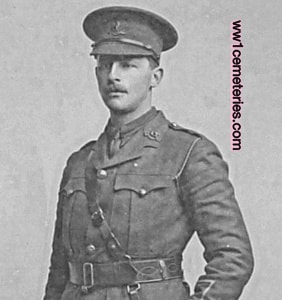 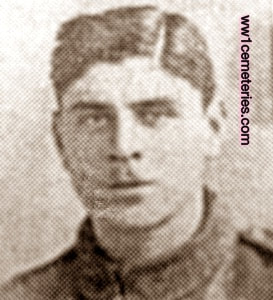 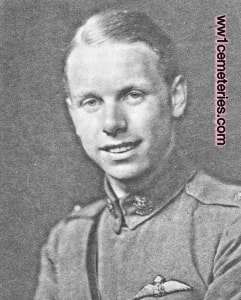 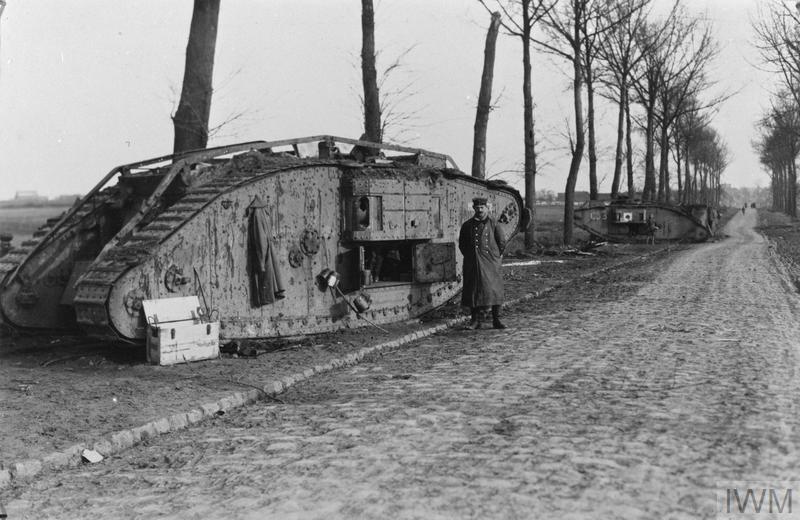 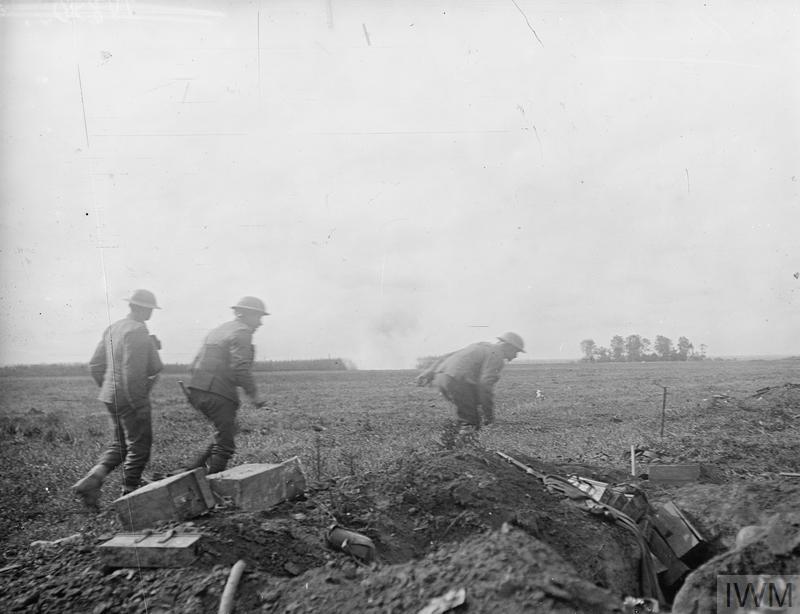 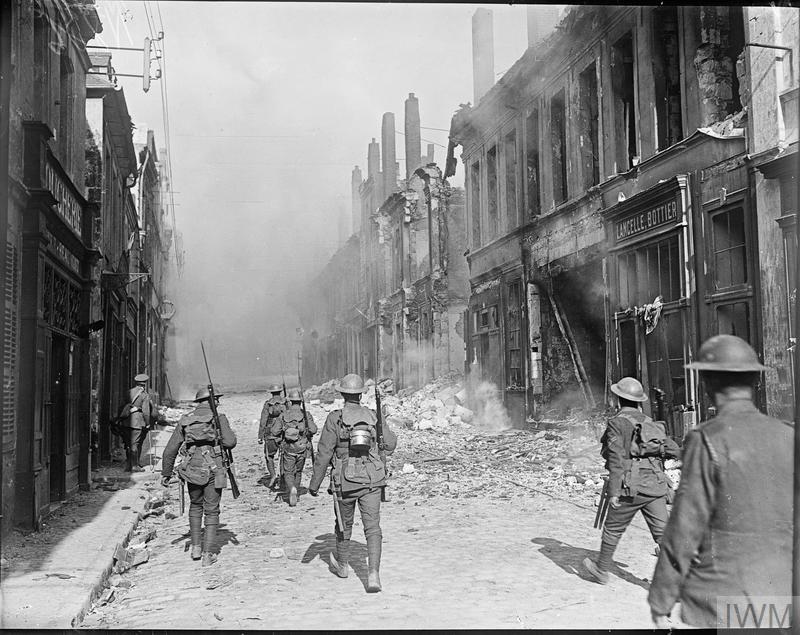 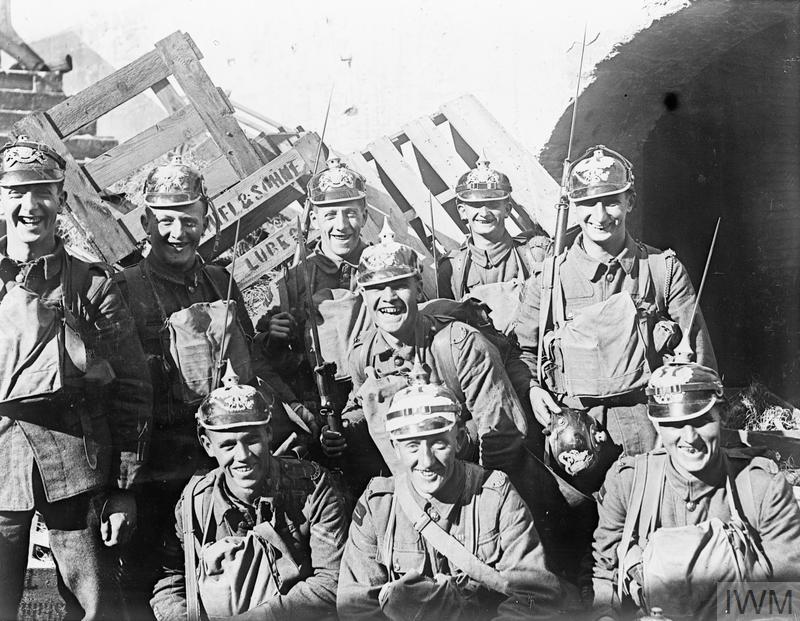